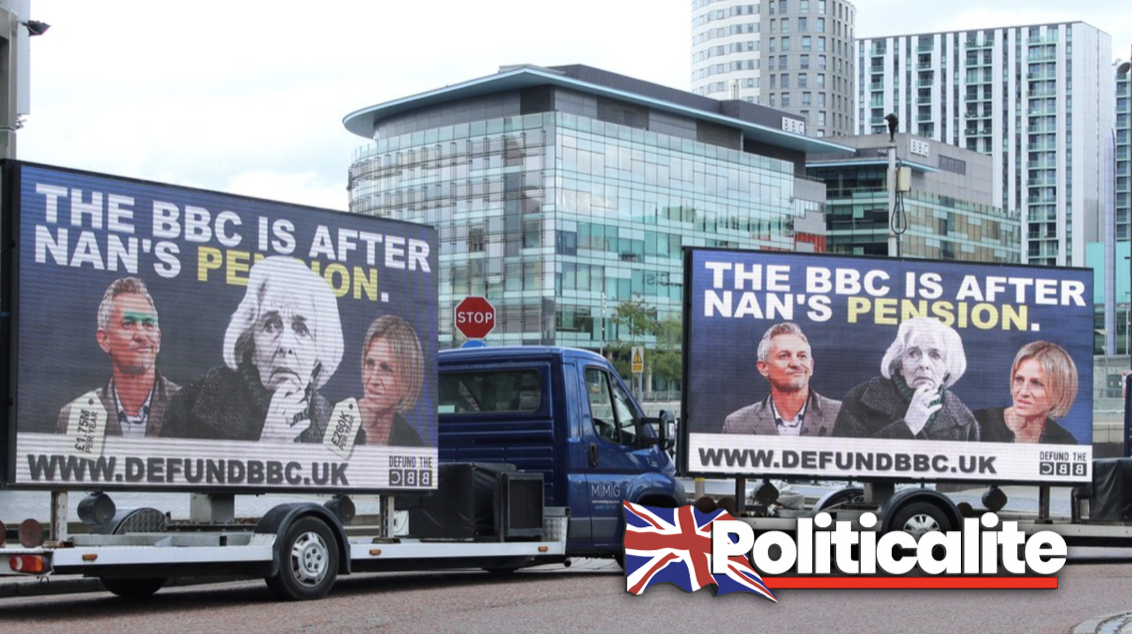 THE BBC was savaged by the Campaign group Defund the BBC outside of its Salford HQ after over-75’s were forced to pay for previously free licences.

Defund the BBC said it was “deeply immoral” to force OAP’s to pay the fee.

The campaign group has accused the BBC of enforcing a strategy of “spreading deliberate misinformation and harassing the public” into paying for a TV licence and raged the decision to pile this charge onto over-75s is “immoral”.

The group, which has nearly 90,000 followers on Twitter, has again called for the TV licence fee to be “scrapped as soon as possible”, also accusing the BBC of “not adhering to the terms of its Charter”.

Defund the BBC told The Express: “We know that many people are scared and confused by TV licensing.”

“The BBC’s strategy of harassing the public into paying for a TV licence is wrong.

“When that coercion is turned on the elderly and vulnerable it becomes deeply immoral.

“The BBC needs to make it crystal clear that you can own a TV and watch numerous platforms containing on-demand without a TV licence.

“The licence is a relic of a bygone era that needs to be scrapped as soon as possible.

“The BBC is not adhering to the terms of its Charter and therefore we call on the Government to start paving the way for the corporation’s right to tax for watching any live TV to be removed.”