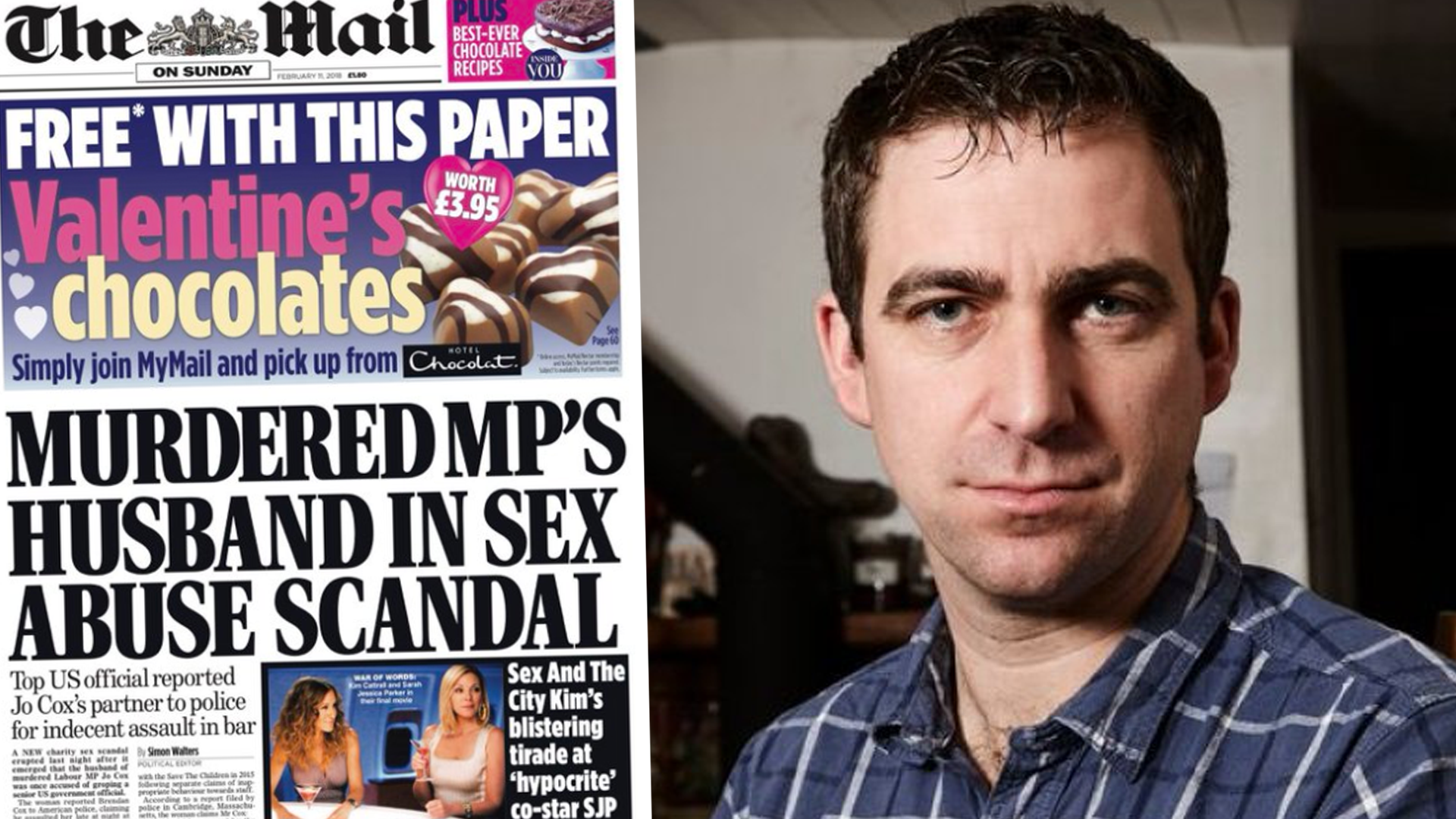 LEFTIE BBC News editor, Neil Henderson – who tweets the newspaper front pages for the BBC on Twitter censored The Mail on Sunday’s splash on Brendan Cox last week – and now he’s blatantly lying about it on Twitter.

Henderson claimed he didn’t tweet out the Mail’s Cox Story due to libel, but that claim is a total shambles as the Mail front page was broadcast on the BBC’s News Channel and on The Andrew Marr Show.

Clearly feeling the heat in his mentions, Henderson then begged his other BBC News chums to defend him on Twitter – and they’re trying to cast the people who are angry with the BBC Bias as “stupid” by breaking down libel laws to us silly plebs.

The front page was featured on the BBC News Channel’s paper review and The Andrew Marr Show on BBC1, so if the BBC chose to broadcast it on national television, why couldn’t he tweet it?

This isn’t the first time Henderson refused to tweet out an “uncomfortable” newspaper headline.

In 2017 he censored a Sun front page relating to Tom Daley, just because he felt “Uncomfortable.”

In January, he smugly defended the fact he still tweets out the digital-front page of the lefty Independent (a paper that stopped publishing in March 2016) by saying: “Basically, we tweet the Independent because we feel like it, and not others because we don’t.” 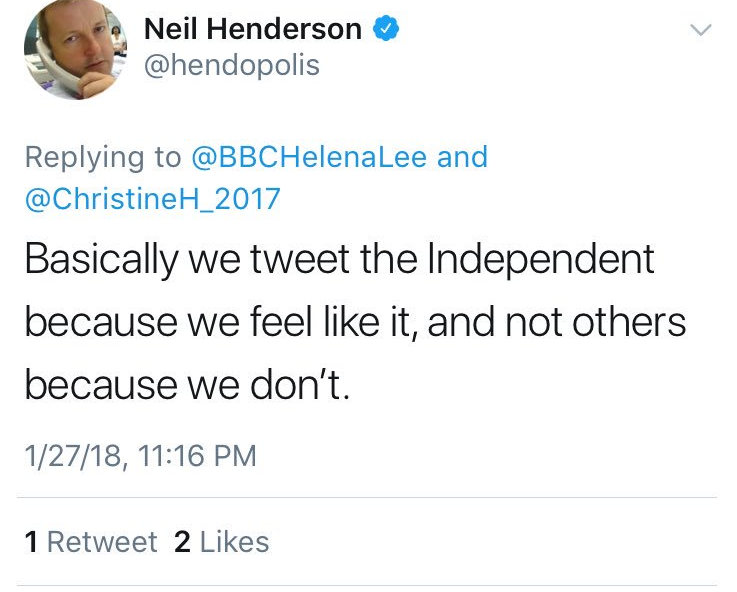 Once again, the employees running the leftwing cesspit that is the BBC have been exposed for the biased frauds that they are.