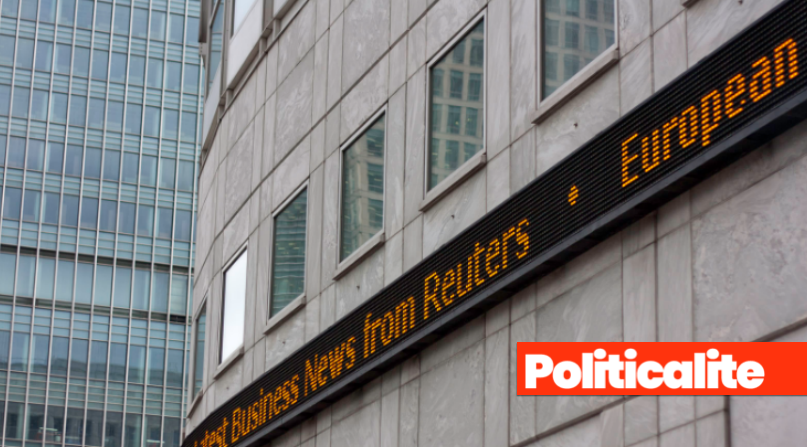 MOST Western media is covered by only three global news agencies that are based in New York, London and in Paris.

The American Associated Press (AP) has over 4000 employees worldwide.

The Quasi-Governmental French Agence France-Presse (AFP) is based in Paris with around 4000 employees. The AFP sends around 3000 stories and photographs out everyday to separate media companies around the world.

The British agency based in London is Reuters which is privately owned and employs over 3000 people.

These news agencies are rarely in the public eye yet they are amongst the most influential.

Most of the global manufactured news that is fed down TV sets around the globe is mostly created by these three news agencies.

Over the past few years, we have seen a huge spike in fake, orchestrated and manufactured news that is being churned out by these supposedly reputable news organisations that are owned directly or indirectly by extremely wealthy globalists.

President Donald J. Trump regularly refers to these news outlets as “The Fake News” and there is a good reason for it.

Since Hillary Clinton was defeated in the 2016 US election cycle it has become apparent that many of the mainstream media outlets, huge tech companies, social media giants and Silicone Valley were all in the tank for Hillary and her campaign and they have been censoring, de-platforming and banning anyone that opposes their policies. 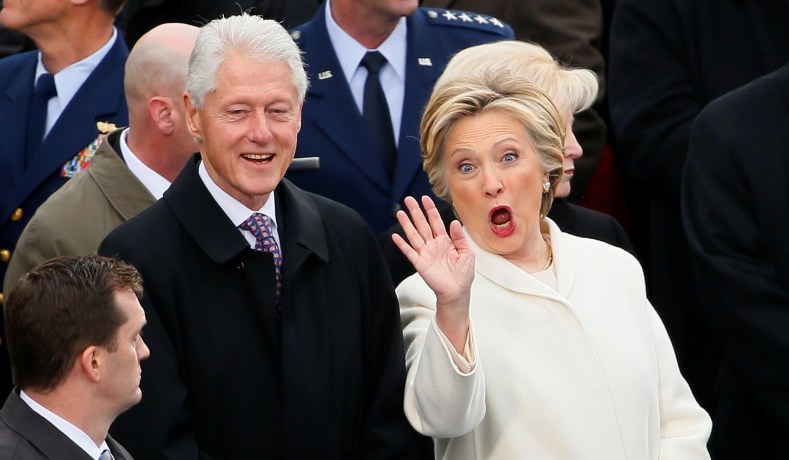 Many of these companies made huge financial donations either to the Clinton Foundation, the Clinton Global Initiative or to her 2016 Presidential campaign.

It is on record that companies like Time Warner, Comcast, Facebook, Google, Dell, Thomson Reuters, Newsmax Media, Bloomberg and Bing all made considerable donations to the Clinton’s whilst individuals like Bill and Melinda Gates made eye-watering payments to the failed Presidential candidates campaign during the 2016 election cycle. James R Murdoch, son of worldwide media tycoon Rupert Murdoch is also on record making payments to Clinton.

Google’s Eric Schmidt, a regular attendee at the globalist Bilderberg meetings is also a regular donor to the Clinton conglomerate.

Google executives and employees bet heavily on a Clinton victory, hoping to extend the company’s influence on the Obama White House.

Google executives and employees employed a variety of strategies to elect Clinton and defeat the then-candidate Donald J. Trump. At least fifty-seven people were affiliated with both Clinton in her Presidential campaign, in her State Department, at her family foundation and with Google and related entities.

In addition, 10 people who worked under Clinton at the State Department, later joined The New American Foundation, a Google-friendly think-tank where Eric Schmidt served as chairman and was one of its most exclusive donors.

It is also noted that several other firms connected to Google also worked on the Clinton campaign. Those included Civis Analytics and The Groundwork, the companies that compiled data and polling on voters during the 2016 election cycle were also funded by Bilderberger and Google CEO Eric Schmidt.

Clinton’s primary super PAC, Priorities USA, spent more than $800,000 with Civis Analytics in the 2016 Presidential campaign alone. Had she won the election it is believed that Clinton would have been significantly indebted to Google and Schmidt to whom she referred to as her “long time friend”

Google was the largest contributor to her family foundation and her campaign with six high ranking employees and executives also donating more than $1.3 million into the 2016 campaign.

Google is also an annual contributor into the Clinton Global Initiative, a project of The Clinton Foundation contributing at least $9.6 million in grants to charitable institutions and non-profit members.

Recently, in the Western world we have started to witness these large tech companies, social media giants and Silicone Valley operatives banning, shadow banning and suppressing right-wing content with companies like Twitter, You Tube, Patreon and Facebook who donated to Clinton, removing and de-platforming people with right wing views and a huge online presence.

The likes of Infowars general Alex Jones in the US, Canadian Professor Jordan B Peterson and right wing activist in the UK Tommy Robinson have all been de-platformed recently by social media giants or big tech companies in Silicone Valley.

Records of its political contributions show that board members, top execs and major shareholders have all given large sums of money to Democrats including Hilary Clinton and Barack Hussein Obama.

After her defeat in the 2016 elections donations into the Clinton Foundation plummeted dramatically.

When we look closer to home in the UK, in recent weeks and months we have seen The BBC colluding with establishment media and far-left organisations like Hope not Hate to take down truth speakers like Tommy Robinson.

We have witnessed a supposedly reputable high ranking BBC journalist working for Panorama, John Sweeney, in a clear breach of The BBC’s royal charter relating to impartiality rules. Sweeney was exposed in an undercover sting by Robinson whilst The BBC employee was trying to film a hatchet job on Robinson for Panorama.

Tommy Robinson had over a million followers on Facebook until his account was abruptly deleted earlier this month with mainstream media outlets peddling manufactured lies about him allegedly inciting violence and hatred with The BBC reporting that Robinson had encouraged followers to behead people that follow the Quran which is absolutely false and a complete fabrication, no evidence to support their claims has been produced.

You can witness the collusion between the left and social media giants for yourselves when Head of the Ramadan Foundation Mohammed Shafiq states that he didn’t know the power and influence he had when he sat down with social media giants trying to oust Tommy Robinson. Shafiq, when pressed in a recent interview on LBC wasn’t able to provide evidence of the myth that is being tabled by the likes of The BBC.

Shafiq, a former Liberal Democrat along with “Sir” Nick Clegg, former leader of the Liberal Democrat’s and now Head of Global Communications at Facebook have clearly been in cahoots to remove Robinson’ presence on the social media giant.

Tommy Robinson is viewed as a threat by the Government, and the establishment media peddle their agenda on their behalf. He has a following that many of the top MP’s combined could only dream of and it is believed that this is another politically motivated smear to discredit and silence him.

After his expose of the BBC, John Sweeney, Panorama and Labour funded Hope not Hate and the establishment are now trying to silence Robinson again, it is no coincidence that his Facebook account was permanently deleted after his Panodrama expose courted over a million views on his Facebook platform.

Robinson has recently had his Twitter account removed and his PayPal account closed down leaving his only online presence now on YouTube which hampers his abilities to speak with his followers but this will not deter him or those that follow him, it will only go to strengthen their resolve and heighten the interest in Tommy Robinson.

Tommy Robinson has never stated that all Muslim are the same or that they are all responsible for these despicable acts but the mainstream media clip his videos and take his words out of context to paint him in as worst light as possible to discourage people from following him.

Robinson grew up in Luton, a multicultural city just outside London, he has many Muslim friends, he has friends that are black and Asian yet the mainstream media portrays him to be a racist which is absolutely absurd for anyone that isn’t programmed by the mainstream media outlets that are seeking to destroy him.

It’s apparent that the left are working with the social media giants to close down free speech and to minimise the reach of right wing conservative views.

I myself have had my Facebook account banned again for 30 days for sharing a link to an interview with The Rebel Media host Ezra Levant relating to Tommy Robinson and the negative press he receives in the UK.

I’ve had photos of Tommy Robinson removed from my timeline and I’ve been contacted countless times by others stating that they too have had their accounts disabled because of their support or affiliation with the right wing activist which is absolutely unacceptable in the so-called free world.

There is clear correlation between the left and social media giants to silence and de-platform right wing conservative views.

The left seemingly have no problems abandoning their own principles when protecting one of their own but they are the first one to complain and take offence when anyone on the right has views and opinions that they don’t agree with. I thought the left were the tolerant ones? The inclusive and progressive ones but this seemingly only applies when you’re batting for their side or fighting their corner.

We have to maintain free-speech at all costs and we cannot simply ban things that we do not agree with, social media is a new phenomenon and these events will go down in history, it is not down to social media platforms to police free speech or to determine the kind of content we receive online.

I am of the opinion that we shouldn’t be suppressing views and opinions online but we should be having more thought and more dialogue, more speech and more interaction and an additional bill of rights introduced to police online social media giants that are currently out of control and are promoting the agenda of their leftwing owners, donors and contributors.

UNDER ATTACK: Alternative News Is Under Attack, Only YOU Can Help
“LIKE AN ACTION MOVIE” Lauren Southern Launches Documentary Trailer
To Top