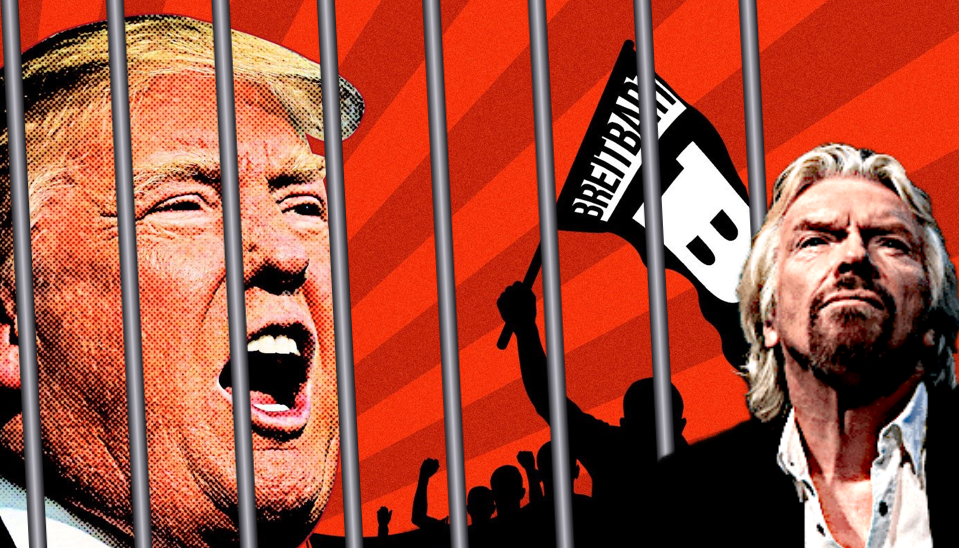 VIRGIN Media has been accused of CENSORING alternative news outlet, Breitbart in the UK.

Former Breitbart London Editor Raheem Kassam exposed their Orwellian ban on the Free Press: “If you’re a @virginmedia customer, you’re not allowed to read @BreitbartNews anymore in the UK” 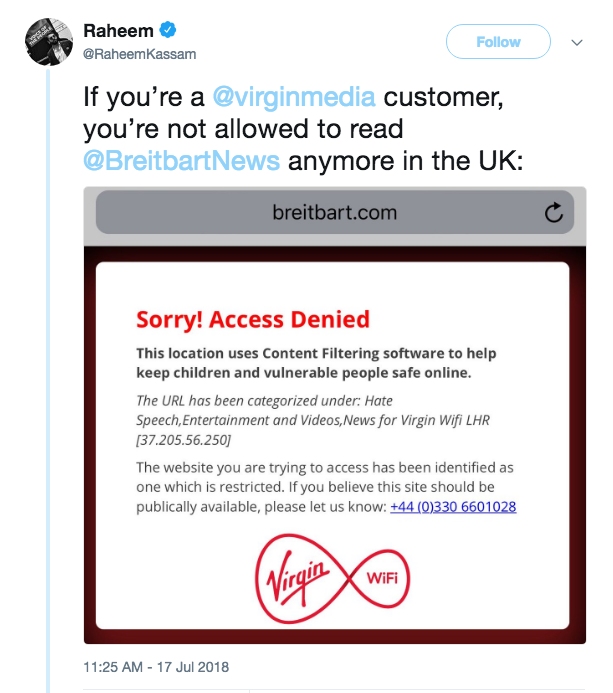 Virgin Media said: “The URL has been categorized under: Hate Speech, Entertainment and Videos, News for Virgin Wifi LHR”

They added: “The website you are trying to access has been identified as one which is restricted.”

At the time of posting,, the news website cannot be accessed. 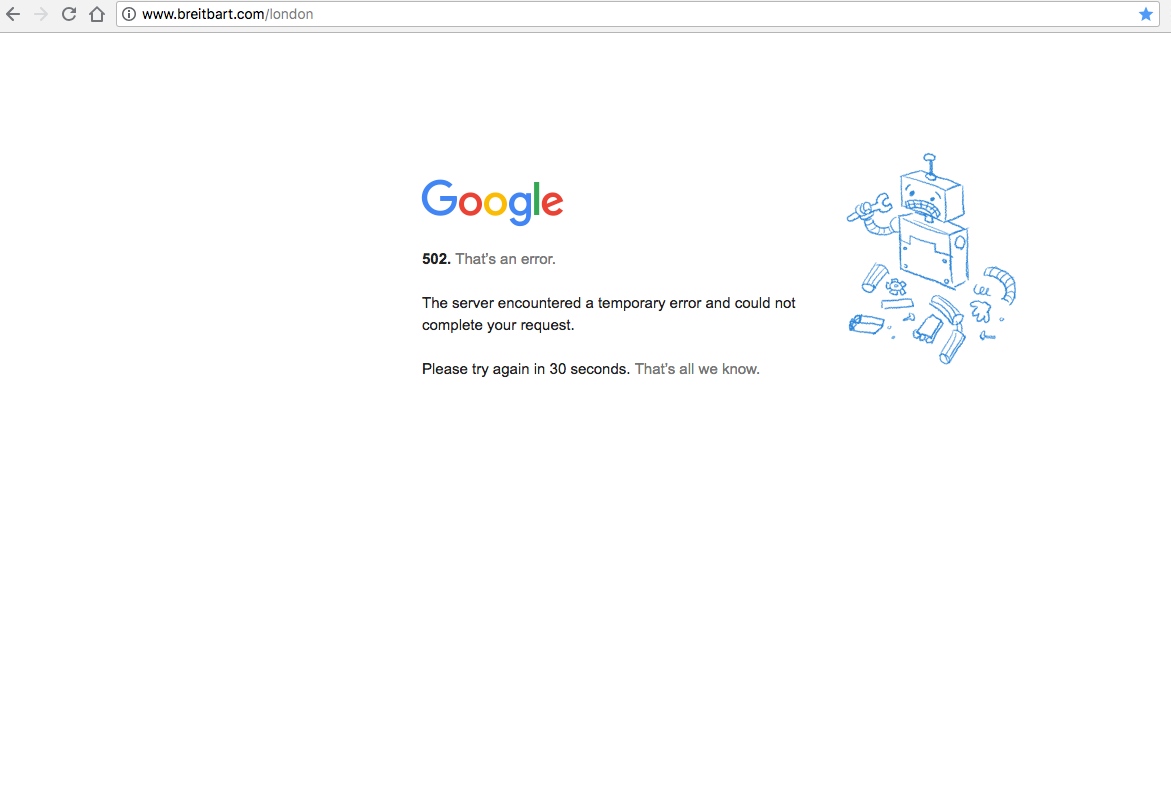 According to Raheem, the ban only applies to Virgin public WiFi hotspots and not their home services.

He said it was “Still bullshit.”