BUZZ OFF: Left-Wing BuzzFeed News SHUTS DOWN All UK Operations 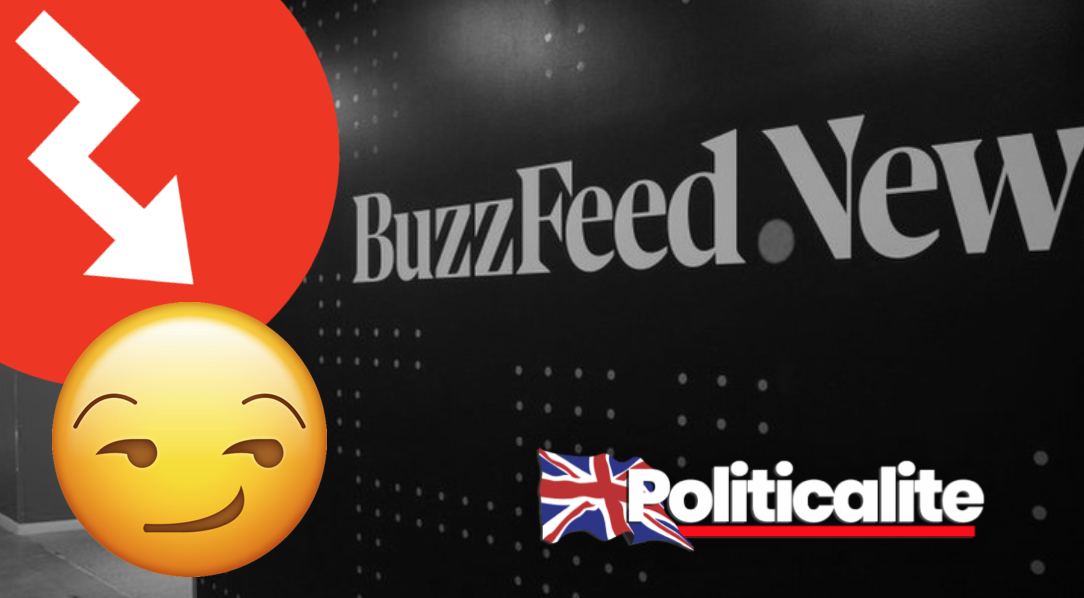 BUZZFEED News has pulled the plug on its UK and Australian news coverage and furloughed its UK-based staff.

The decision to stop covering local news in both two countries has been made “both for economic and strategic reasons”, a Buzzfeed spokesperson said.

The site – which mainly posts bizarre and infantile click-bait videos and quizzes – has also seen a dramatic advertising downturn along with rising criticism of its political bias and unreliability.

The move to cancel its UK and Australian operations comes after years of decline and controversy.

In 2014, a Pew Research Center survey found that in the US, BuzzFeed was viewed as an unreliable source by the majority of respondents, regardless of their political preference. The study also found that “those on the left of the ideological spectrum are overrepresented in BuzzFeed’s audience”.

The company has also been caught-out for widespread plagiarism, with original content from competitors being stolen and published through its site without giving credit from the content’s original authors.

In June 2012, Gawker’s Adrian Chen observed that one of BuzzFeed’s most popular writers, Matt Stopera, frequently copied and pasted “chunks of text into lists without attribution.”

In March 2013, The Atlantic Wire also reported several “listicles” had apparently been copied from Reddit and other websites, and in July the following year, BuzzFeed writer Benny Johnson was accused of multiple instances of plagiarism – leading to its editor to issue a statement of defence for Johnson, before being forced to sack him days later after 40 pieces of evidence were produced to prove Johnson’s wrongdoing.

In February 2016 it came under fire for its anti-white racism after Scaachi Koul, a Senior Writer for BuzzFeed Canada, tweeted that BuzzFeed was “…looking for mostly non-white non-men” followed-up by “If you are a white man upset that we are looking mostly for non-white non-men I don’t care about you go write for Maclean’s.”

Upon receiving a justified backlash, Koul responded with another bigoted comment by tweeting that “White men are still permitted to pitch, I will read it, I will consider it. I’m just less interested because, ugh, men.”

In June 2016, the discredited news site even came under attack by other left-wing organisations, including from media watchdog Fairness and Accuracy in Reporting which found that in 100 BuzzFeed stories about Barack Obama, 65 were positive, 34 were neutral, and only one was critical. The report called BuzzFeed’s coverage of Obama “creepy” and “almost uniformly uncritical and often sycophantic”.

In 2018, the company was forced to make 23 editorial staff redundant – going on to cut another 15% of its workforce the following year.

Upon hearing the news of Buzzfeed UK’s ‘demise’, while many took to offering up best wishes, many also celebrated and took to social media platforms to remind people of some of Buzzfeed’s most shameful moments.

“To celebrate the end of Buzzfeed UK and Australia, let’s remember the time they said it was misogyny to prosecute women for false rape claims” author Peter Lloyd wrote on Twitter.

Others were quick to come forward with their own personal gripes and criticisms against Buzzfeed and its ‘dubious’ approach to journalism.

Responding to the announcement, a Buzzfeed spokesperson said:

“Both for economic and strategic reasons, we are going to focus on news that hits big in the United States during this difficult period.

“Therefore, we will notify staff in the UK and Australia that we are not planning to cover local news in those countries.

“We will be consulting with employees on our plans regarding furloughs and stand-downs in these regions”.