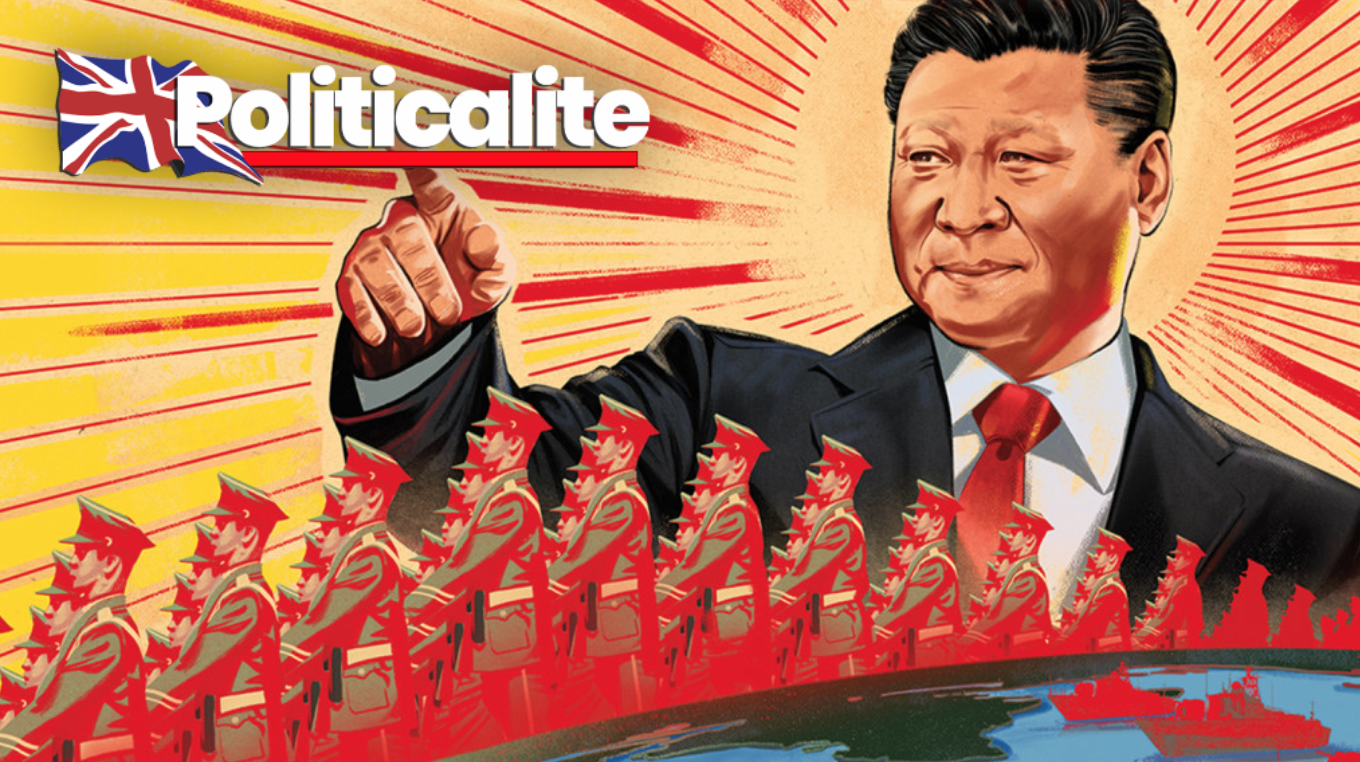 MAINSTREAM Media outlets across the world have been slammed for publishing pro-Chinese propaganda surrounding the Coronavirus pandemic. 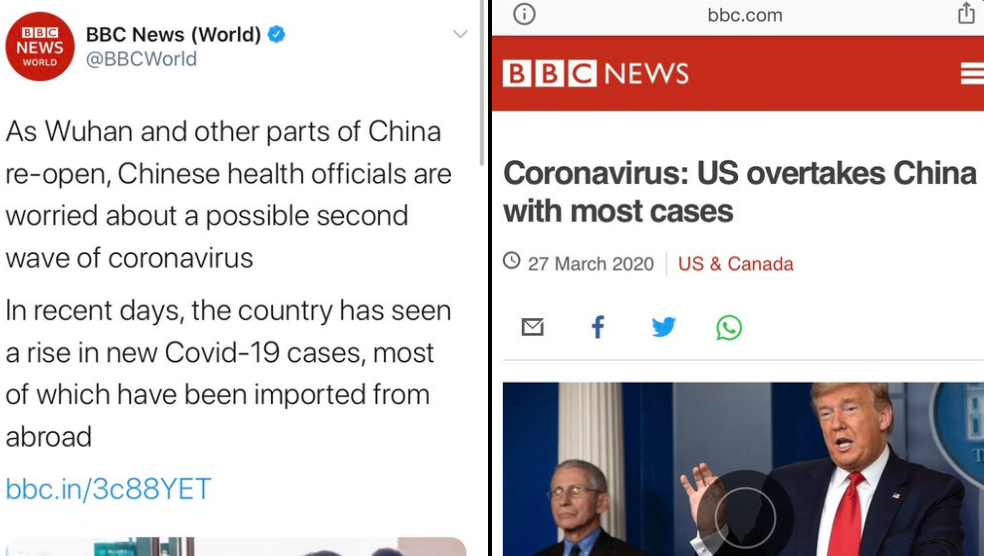 The biggest news network in America attacked anti-Trump CNN accusing the outlet after it cited a media company controlled by the Chinese government. 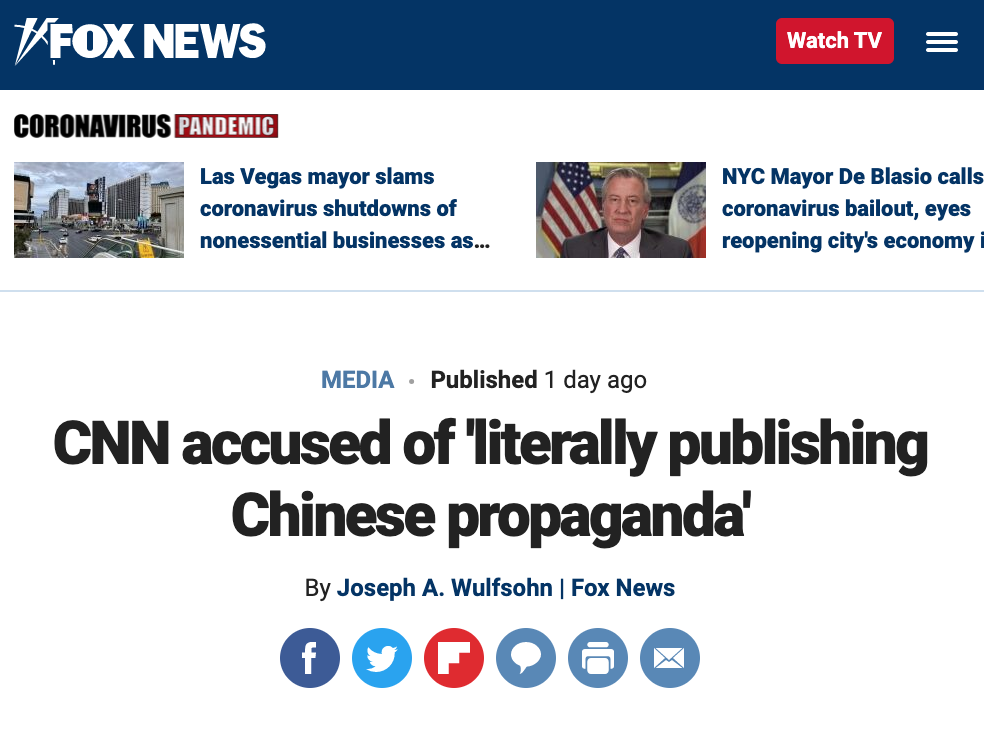 “On Monday, CNN.com ran an article about China People’s Liberation Army (PLA) supposedly having a foothold in the spread of the coronavirus in a branch of its military, running the headline, “China’s PLA Navy is controlling coronavirus and aircraft carrier’s deployment proves it, report says.” reported Fox.

“A Chinese naval flotilla headed into the Pacific over the weekend, evidence that the People’s Liberation Army Navy has done a much better job controlling coronavirus than the US Navy, according to a story posted on the PLA’s English-language website,” the article began. The aircraft carrier Liaoning led the group, which included two guided-missile destroyers, two guided-missile frigates and an auxiliary ship, according to the report from state-run tabloid Global Times.” added the Murdoch owned outlet.

Other outlets have also promoted pro-Chinese takes on the pandemic that the regime is accused of ‘covering-up’ in the early days of the outbreak.

Drew Holden, a Washington based Communications expert took to Twitter to highlight other incidents. 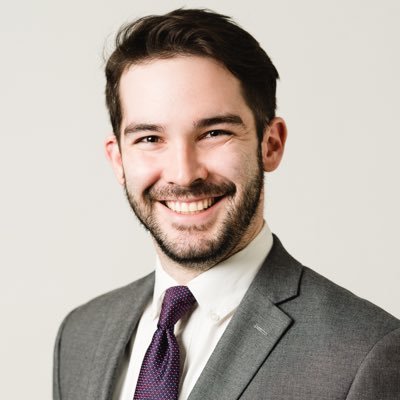 He said: “With Trump calling out the media for pushing fake Chinese numbers on coronavirus cases, I suspect that reporting will soon be memory-holed.”

“So I put together a thread with plenty of examples, grouped by outlet. If we don’t demand accountability, we aren’t going to get any.”

China has been widely criticized for covering-up the pandemic with the help of the World Health Organization that President Trump branded “very China-centric” before he defunded the group. 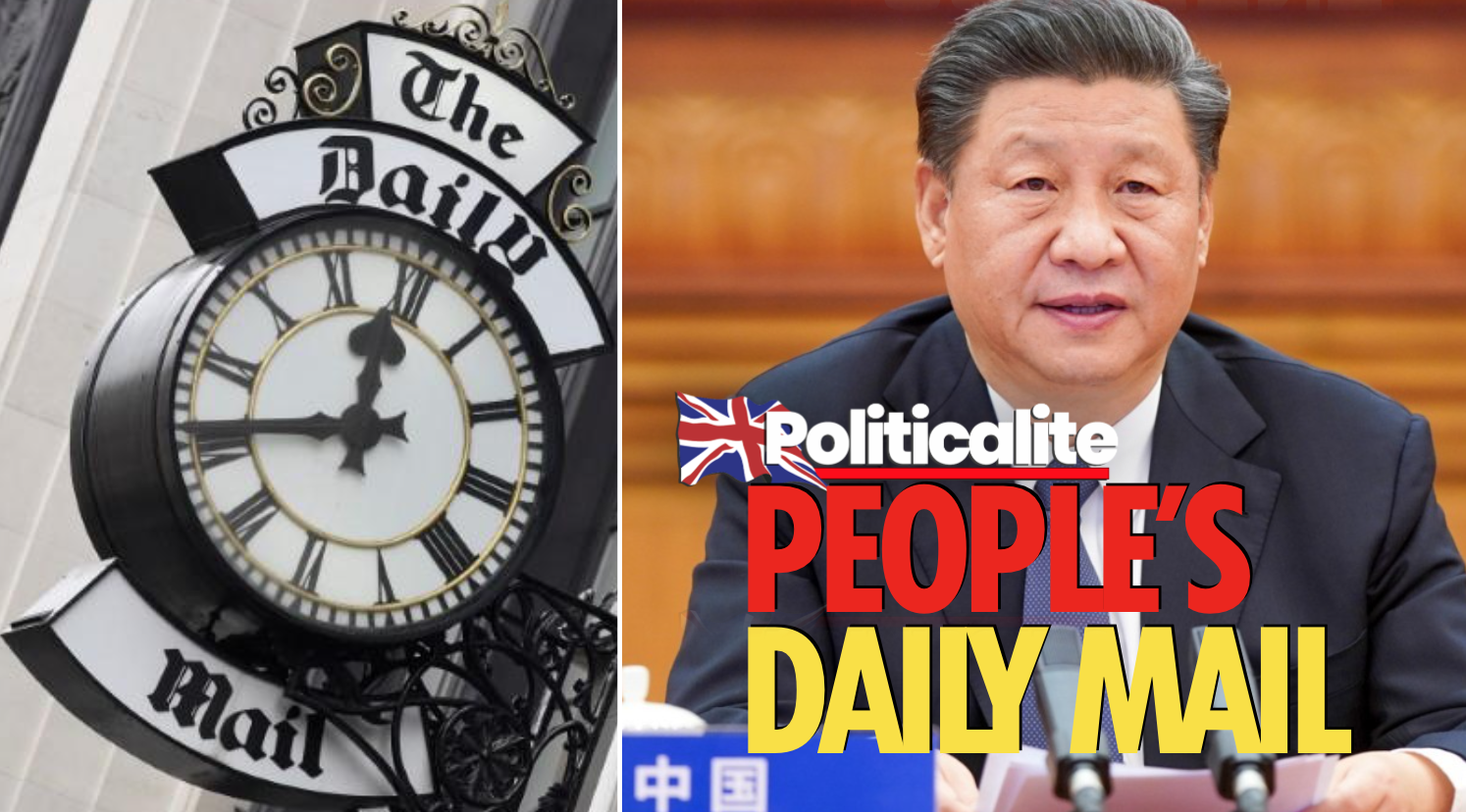 It was accused of turning into the People’s Daily Mail – after the supposedly right-wing outlet published Chinese Coronavirus propaganda.

The Daily Caller revealed that the Monday-Saturday edition of the British tabloid paper that usually backs British interests was reprinting Chinese Communist Party propaganda during the ongoing coronavirus crisis.