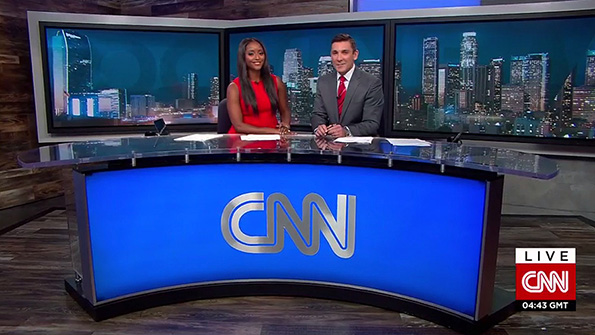 Recent revelations of fake news have come to light after a CNN producer, John Bonifield, told an undercover reporter that the only reason the network is honing in on Trump’s Russia connections is ‘because of ratings, ratings are incredible right now’.

When asked whether he thought the whole Russia **** is just like bull****, Bonifield responded with Could be bull****. I mean, it’s mostly bull**** right now. Like we don’t have any big giant proof.

Then a left wing contributor, Van Jones, told a reporter wearing a hidden camera that the Russia thing is just a ‘big nothing burger’. This stinks.

It only confirms what we have known for a very long time… that CNN is the fakest news organization around. CNN = Fake News.

But as an aspiring journalist, I hate to see CNN this way.

I once respected CNN, it was a pioneering force that changed the news industry. If it wasn’t for CNN there wouldn’t be Sky News or BBC News 24, there wouldn’t even be FOX News.

When CNN launched in 1980, founder Ted Turner opened with this speech:

To act upon one’s convictions whilst others wait, To create a positive force in a world where cynics are bound, to provide information to people where it wasn’t available before, to offer those that want it, a choice.

For the American people who;s thirst for understanding and a better life has made this venture possible. I dedicate this news channel for America. The Cable News Network.

Today, CNN reaches 80m people and 160m worldwide. That is an enormous responsibility to provide clear and honest news.

CNN once stood for something, it didn’t have any agenda apart from informing the nation. CNN needs to take a look at itself before it becomes consigned to history, in a quest for ratings, the once respected CNN has lost all credibility.