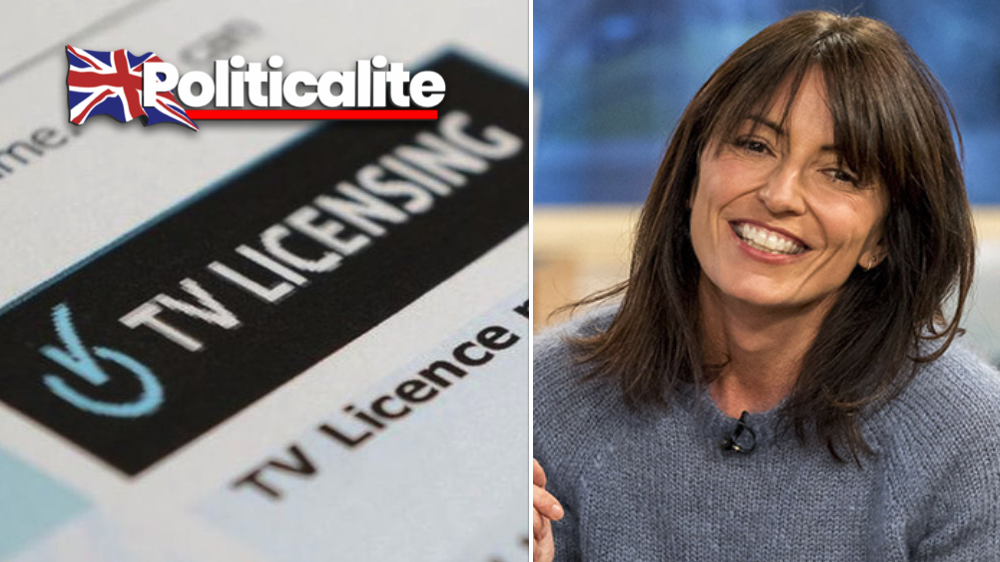 MASKED Singer UK judge Davina McCall got a sharp wake up call on Twitter after defending the dated and hated BBC licence fee.

McCall, 52 who made her name, and fortune making ordinary people famous on Big Brother in her TV heyday claimed that Boris Johnson’s decision to axe the BBC licence fee in 2027 was a “thinly veiled attempt to dodge accountability.”

She wrote: “I’ve just signed the petition calling on @BorisJohnson @10DowningStreet to stop his war on our #BBC.” 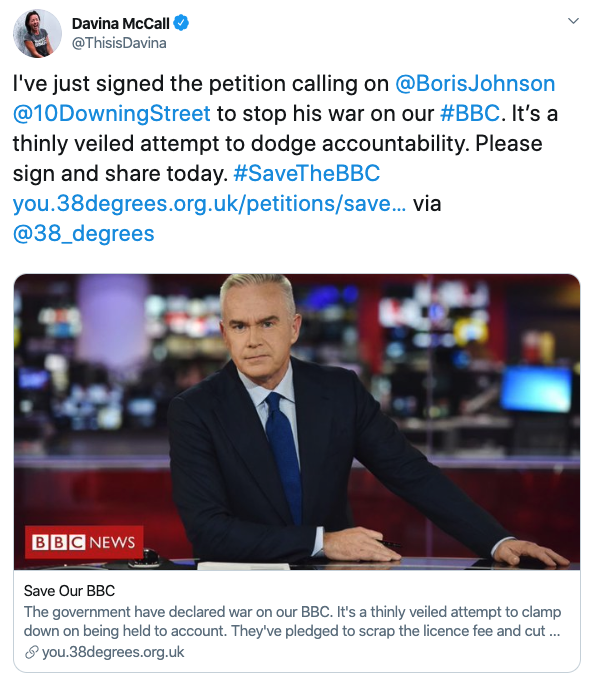 The out-of-touch TV-star was it with a barrage of comments questioning her reasons for defending the dated and hated licence fee.

Richard Delingpole wrote: “Watching you lot squirm is almost better than the prospect of the BBC being put out to pasture.”

Another wrote: “Oh do GFYS Davina, you pious, self-interested media G-list hack. “Our BBC” isn’t loved and we don’t want to be compelled to pay for it any longer.”

“You go subscribe if it’s so wonderful. I watch precisely zero on it now besides Wimbledon tennis (and it won’t retain post changes).”

Diana Harding added: “Er, no. No one’s trying to get rid of the BBC – it needs to reform & come into the 21st century. Why should I pay for inflated salaries of B listers that I don’t even watch?”

Rob Boyd said: “You can’t force people to subscribe to a tv network.”

Whilst Paul Upton said: “Davina thinks you should go to prison if you refuse to pay the Telly Tax and help fund the lavish lifestyles of her and her friends.”

Deedy wrote: “The BBC is no longer “ours”. It is a propaganda arm of the EU, is divisive and peddles anti British rhetoric. I fully support @BorisJohnson and sincerely hope his closes the entire operation down. Oh and Boris is accountable to us, the electorate, not the BBC.”

THERE was a time when Davina McCall was a national treasure in touch with the beating heart of Britain, but no longer.

Her attack on the Boris isn’t to save a dear old institution – its to save her own skin, and bank balance. Recently Britain’s other publicly owned network Channel 4 axed her long-running gameshow ‘The £100K Drop’ after falling viewing figures.

Mr Johnson is also planning to sell-off Channel 4 – a left-wing telly channel that hasn’t had a massive TV-hit since Big Brother and My Big Fat Gyspy Weddings and hasn’t showcased real working-class life since TV-soap Brookside.

The network no longer puts normal folk on Telly – only to embarrass them and make a profit – see Benefits Street and Skint. The channel only spouts a left-wing worldvirw and talks down to the working-class people of Britian, surprising really – as it was only launched in 1982 after Conservative Prime Minister Maggie Thatcher gave it the green light.