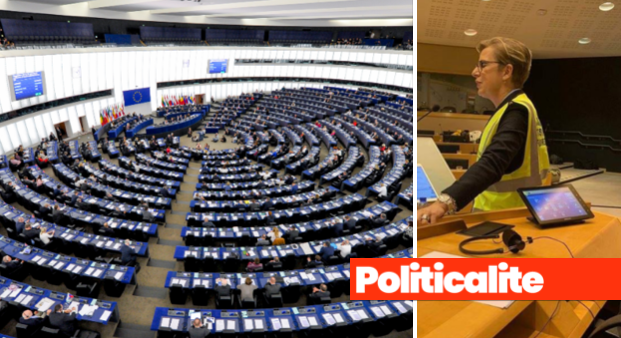 KATIE Hopkins was among several high profile influencers from around the world to speak at a free speech event at the EU Parliament in Brussels on Wednesday.

She donned a yellow vest and spoke at the event hosted by Janice Atkinson MEP.

My dear friend @JamesDelingpole and I have come to bid fond farewell to the #EU #Brexit pic.twitter.com/3rSRVgcnKV

Janice Atkinson MEP said: “We are at a tipping point across the world where we are just about able to defend our freedom of speech.” 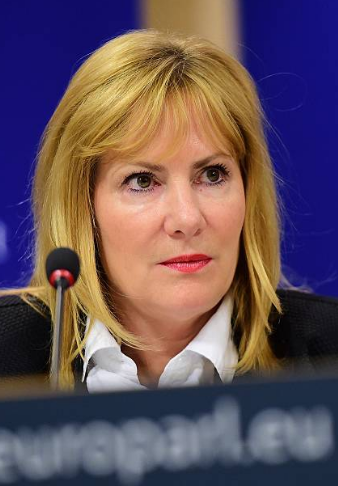 “Proponents of free speech like my friends Geert Wilders and Marine Le Pen are dragged through the courts because they speak the Deplorable Truth.” added Atkinson.

The unelected elite and the politicians are risking civil unrest by increasingly totalitarian tactics and disregard for ordinary people. If free speech is shut down by the legacy media, tech giants and the ruling elite, all pushing a globalist narrative, where will we be in 2050?

As parliaments, unelected quangos and liberal left/Antifa work together with tech giants to create a narrative that anyone who does not agree with their views are ‘far right’ or Nazis, how do we take back control of our legitimate messaging?

David Vance from Alt News Media added: “Free speech in the age of censorship is the only speech worth having. Saying what you believe is the human right that some want to crush.”

“Standing up for the right to speak freely is at the core of AltNewsMedia”.

James Delingpole said: “instead of celebrating freedom of speech as one of our greatest bulwarks against tyranny, our political leaders are reverting to type and conspiring to close it down”

Imam Tawhidi added: “As a practising Muslim, I find it to be my duty to criticise extremists, in order that they do not operate without criticism. Yet such censorship laws try to prevent even Muslims such as myself, Maajid Nawaz, Tarek Fatah and others from owning the problems within the Muslim community and seeking solutions for them.”