The suspension came allegedly after a post that criticized the liberal darling and teenage climate change activist Greta Thunberg – following her passionate and divisive speech at the United Nations earlier this week.

Twitter says it banned the activist for ‘platform manipulation and spam’ but Avi told Politicalite that he was banned for sending a tweet that was directed at Greta.

Yemini tweeted the following and called Thunberg an ‘extremist’. 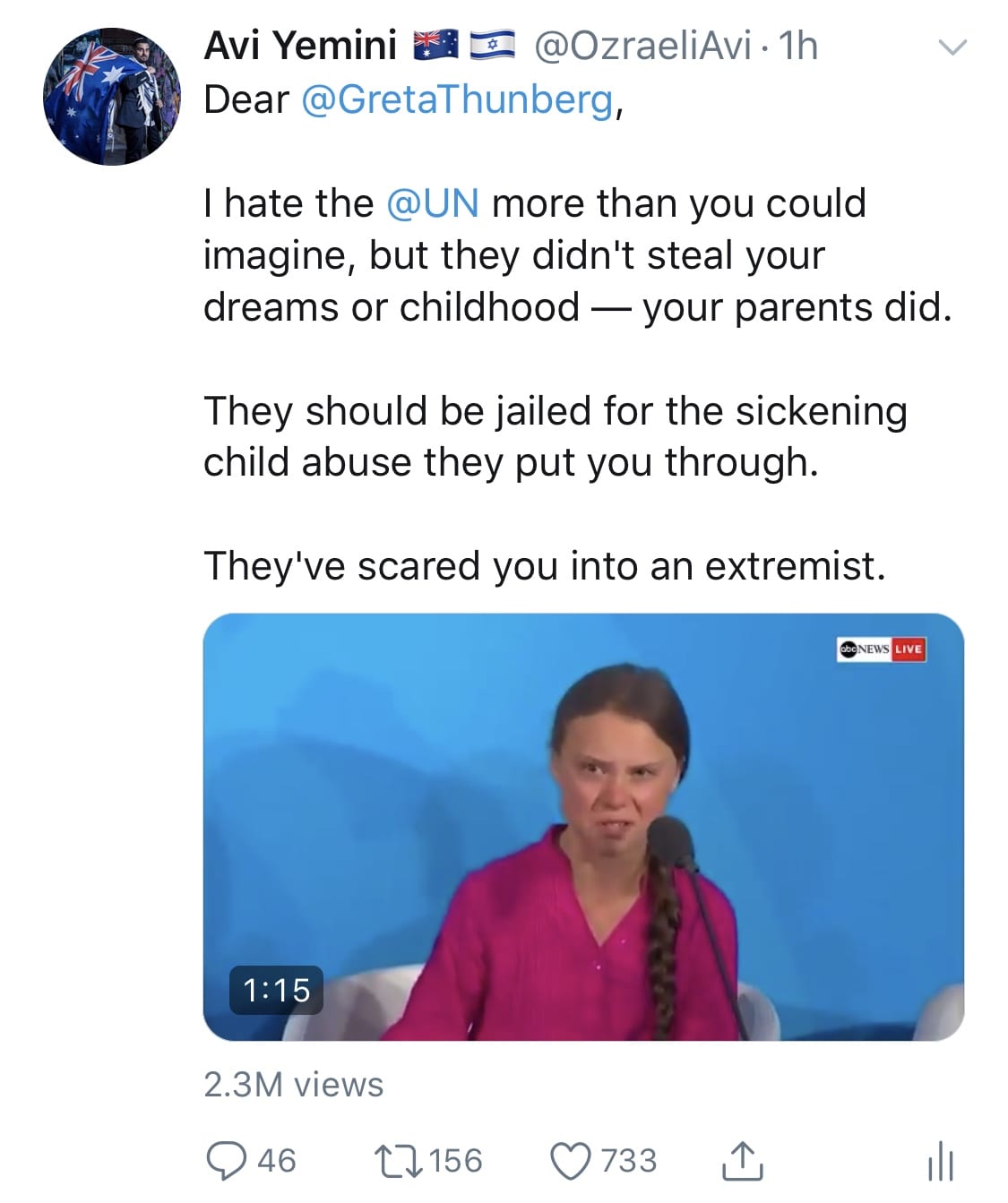 Twitter told Yemini “You may not use Twitter’s services in a manner intended to artificially amplify or suppress information or engage in behaviour that manipulates or disrupts people’s experience on Twitter.” 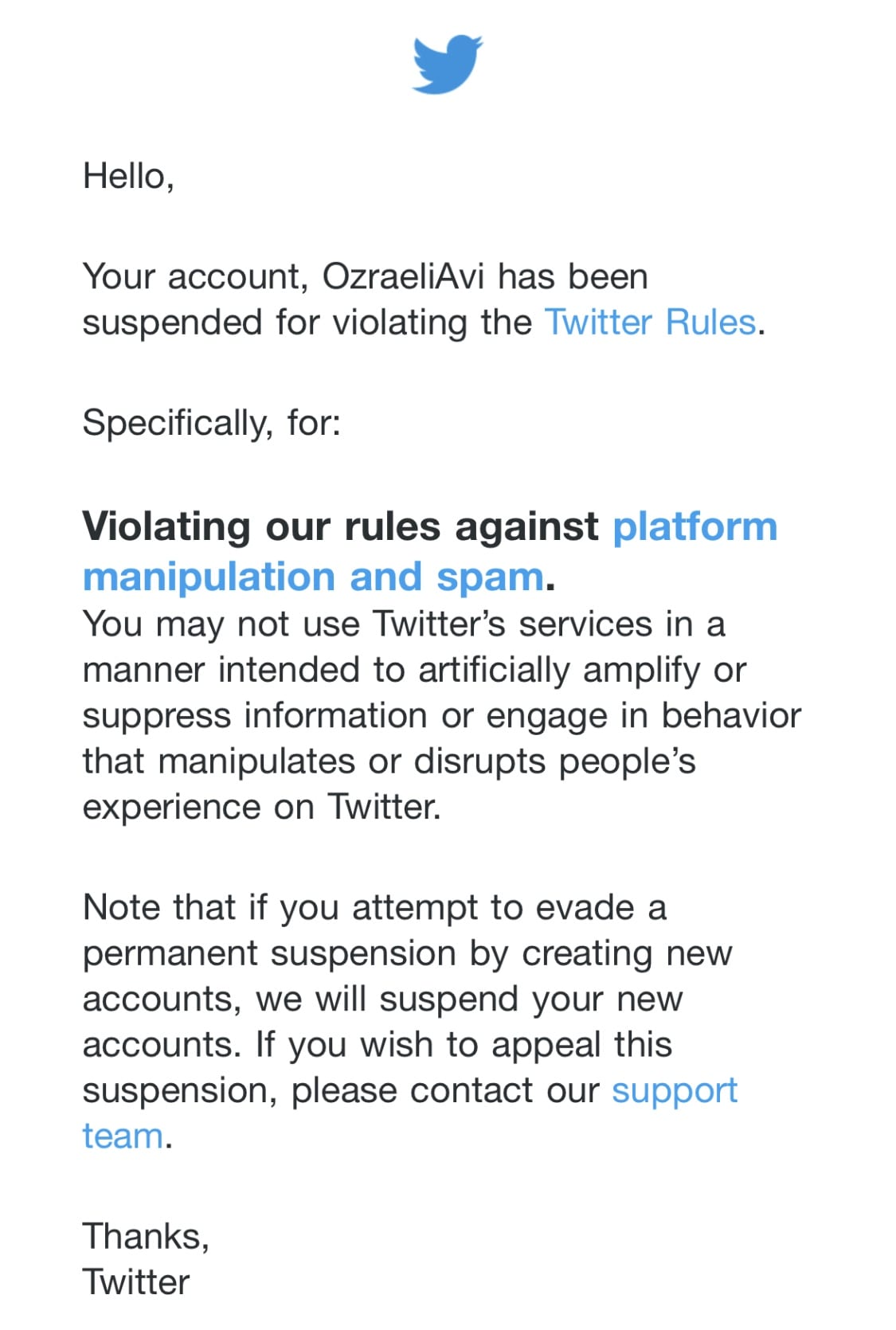 The activist is facing a trial in his native Australia later this year and this could possibly be part of a campaign to ‘silence him.’

Yemini told Politicalite: “If Twitter refuses to reinstate my account, it shows what lengths they’re willing to go to censor conservative voices — even when they can’t pin them for hate speech” he also urged his followers to Tweet @TwitterSupport and use the hashtag #FreeAvi to try to reverse the decision.

Sources at Twitter said the reason for the banning was in relation to the platform’s rules on platform manipulation and spam.

Avi has appealed his suspension and is awaiting a response. 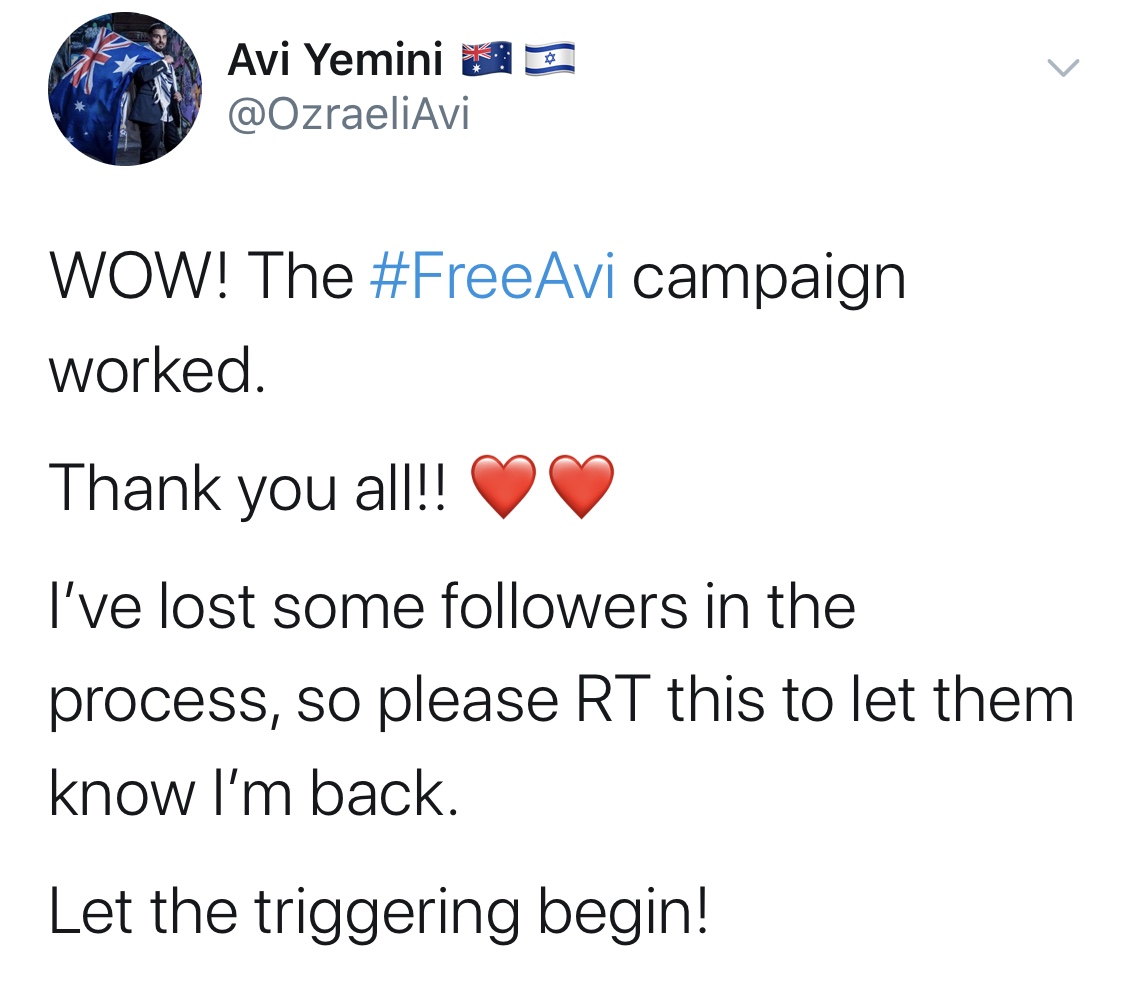 I’ve lost some followers in the process, so please RT this to let them know I’m back.