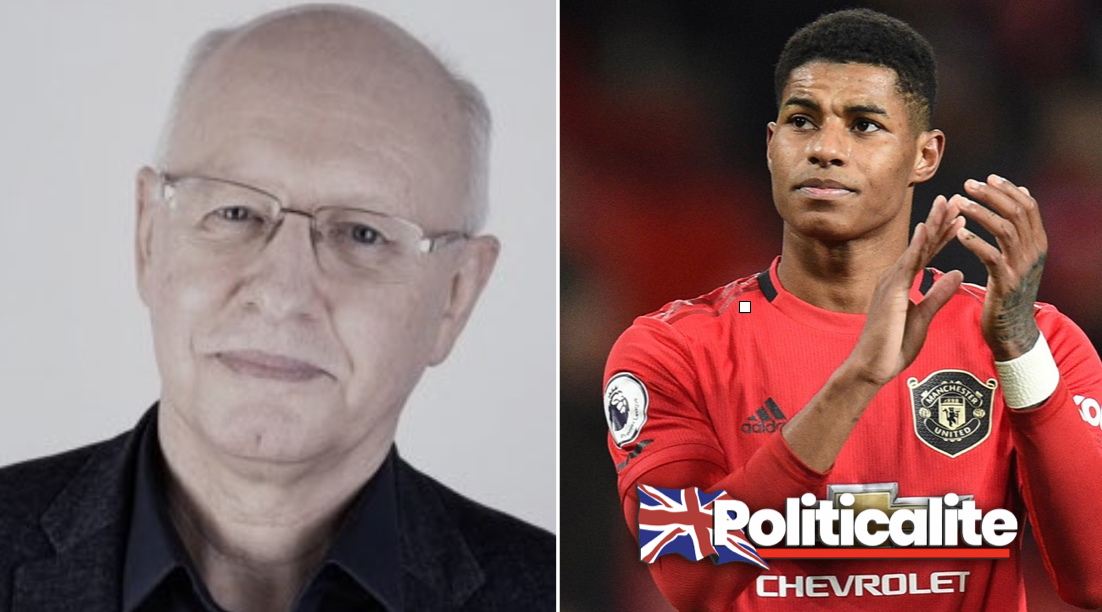 A CONTROVERSIAL right-wing blogger has been booted of Twitter following a string of racist posts towards Manchester United Player Marcus Rashford in which he asked the black football player if he had ever met his father.

Vance who once ran for office in Northern Ireland for the Traditional Unionist Voice party in 2010. He lost and achieved just 1856 votes, less than 6%.

David has tweeted a number fo racial slurs and racist stereotypes towards the Man Utd player who has been campaigning to stop poor kids going hungry amid the Coronavirus pandemic. His comments came after Tory MP Kevin Hollinrake told Rashford that “Where they can, it’s a parents job to feed their children.”

Rashford replied to Hollinrake and said: “I would urge you to talk to families before tweeting.”

Rashford replied: “To this day I haven’t met one parent who hasn’t wanted or felt the responsibility to feed their children.”

Vance then generalised black parents from Caribbean backgrounds writing: “@marcusrashford, unfortunately there is a disproportionate problem in the (UK) Afro- Caribbean community of black men abandoning their pregnant girlfriends, never to be seen again.”

“In order to understand your comment below, can you confirm whether you have ever met your father?.”

He later added: “Child abandonment by fathers is a major concern. Didn’t your father run off too?”

Labour MP David Lammy hit back at Vance writing: ““Absolutely despicable that this unabashed racism has a following in modern Britain. This is no way to speak to @MarcusRashford who has achieved far more at age 22 than you will in a lifetime”.

Vance has posted controversial comments in the past

Responding to the ban Vance moved to Parler in which he said he had “been freed” from Twitter, despite remaining on the site with over 100,000 followers.

He wrote: “Well then, guess what… I was trending on UK Twitter yesterday as the left wing mob came for me.”

“The abuse sent me [sic] way was incredible, yet Twitter froze my account, and has subsequently suspended my periscope channel.” he said.

“I contrast the hate I get there with the decency here and recognise that I should be using Parler for my social media engagement.”

Twitter told The New European: “Abuse and harassment have no place on our service and we have policies in place – that apply to everyone, everywhere – that address abuse and harassment, violent threats, and hateful conduct. Where we identify violations of our rules, we take robust enforcement action.”

COMMENT: The BLM Wokies Are Using Race Warfare To Win The Culture War, It Won’t Work