NOT ALL WRIGHT ON THE NIGHT: Mathew Wright QUITS Channel 5's The Wright Stuff after 18 years
Advertisement 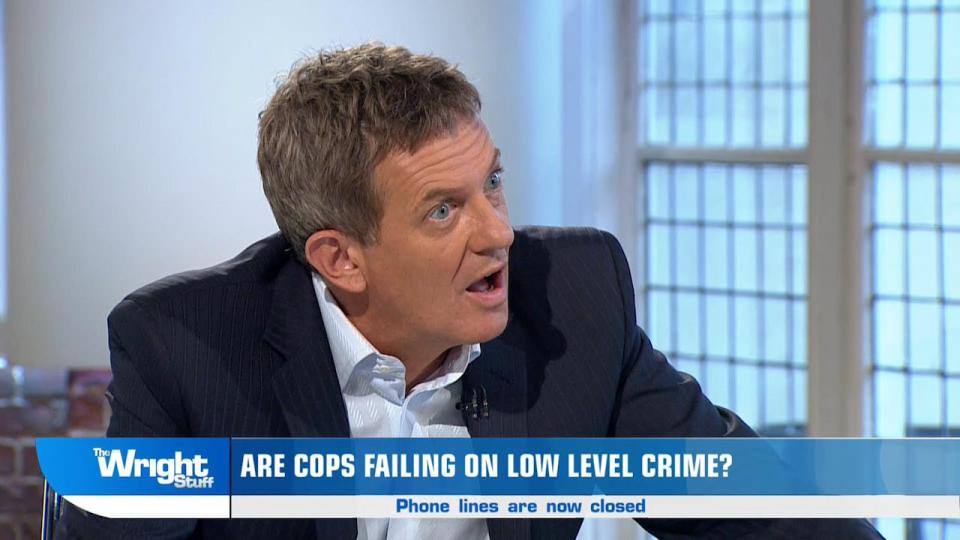 MATTHEW Wright has quit his mid-morning Channel 5 talk-show The Wright Stuff after a long-run of 18 years.

The TV presenter stepped down yesterday and said he wanted to “try something new”.

The show first aired on 11 September 2000 and was created from Norwich before it moved to London, regularly pulling in record audiences for Channel 5.

Wright, 52 said: “After almost 18 glorious years on Channel 5 and with the show flying high in the ratings, I feel it’s time to depart and try my hand at something new.”

Ben Frow, Director of Programmes at Channel 5 added: “We would like to thank Matthew for his passion, hard work and enthusiasm over the last 18 years and for making the show what it is today. He will be sorely missed and we wish him all the very best for the future.”

Speaking earlier this year Matthew insisted he was excited about the show’s move to ITN studios.

He said: “The show is 18 years old this year and due to our former building being sold to convert into luxury flats we’re now at ITN and the show has been overhauled. We’ve got a new set, new guests and we can now do live links to the US to interview people like Meghan Markle’s sister.”

ULTIMATE DUMB LEFTIE: Lily Allen reveals she has NO SPACE for migrants in her £2m Notting Hill flat