NEWS WITH BALLS! All The Politicalite Exclusives... BIGGER on Sundays
Advertisement 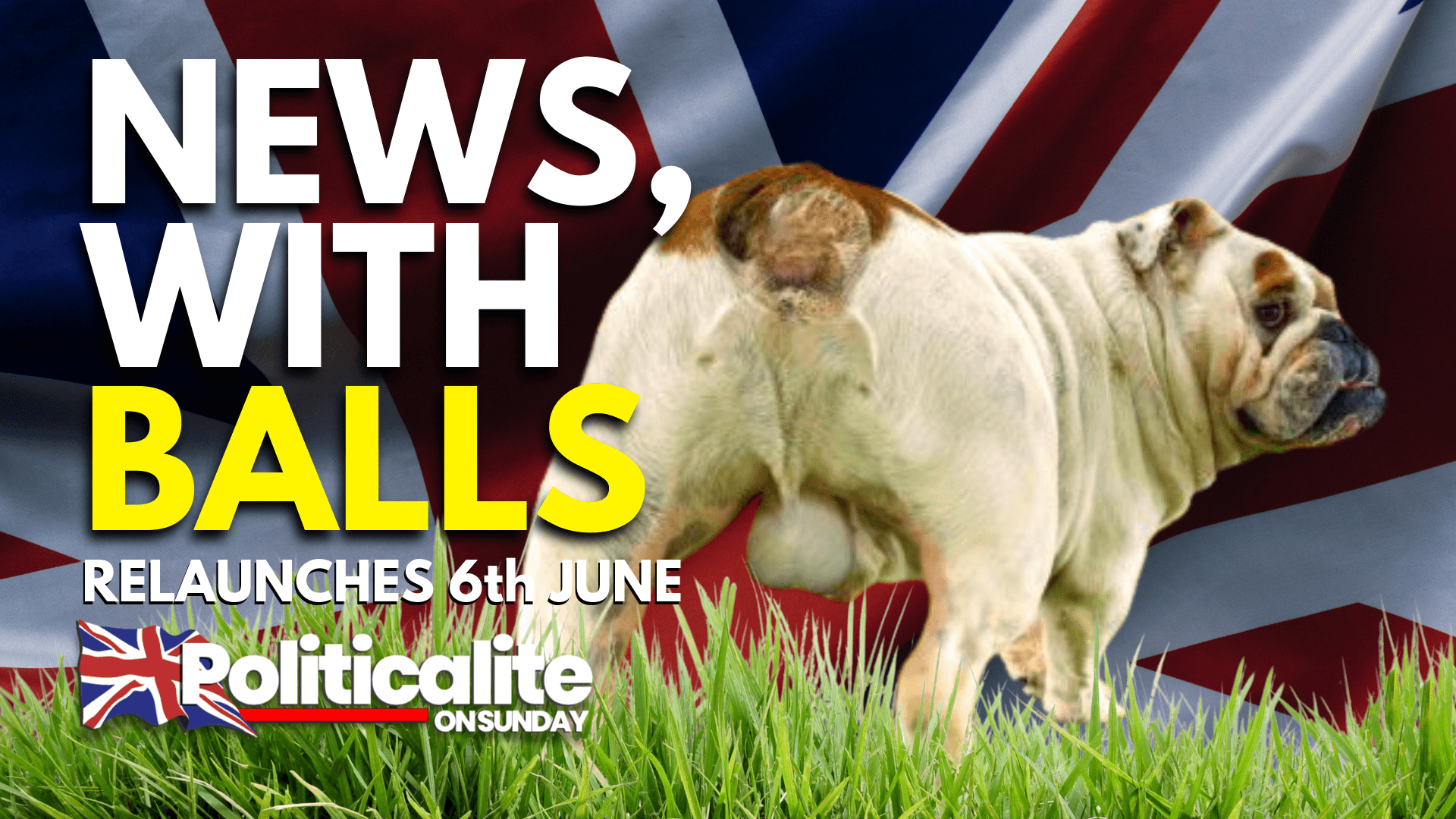 BRITAIN’S original independent news outlet for the people is relaunching this Sunday, 6th June as ‘Politicalite on Sunday’ moving from a daily to a weekly publication.

We’ve got some exciting stories lined up to keep bringing the unreported news to the left-behind people of Britain and we need your help to spread the word across Facebook, WhatsApp and Twitter!

We’ll still back GREAT Britain, our Monarchy and will still back the Tories under Boris Johnson who is putting a supersonic rocket engine to make Britain great again.

We’ve been amazed by his nationalist policies putting Britain first, such as clamping down on European immigration, tackling violent organised crime gangs and pushing ahead with a patriotic vision for the future with the launch of a flagship. Politicalite has been hit on social media in the past Facebook and Twitter accounts with more than 60,000 followers being banned. This was due to our big stories.

In 2018, we had one of the most viral stories in the UK about Labour and grooming gangs that was shared more than 120,000 times on Facebook.

Our most viral story in 2018 was titled: “UNDER LABOUR’S WATCH: 1,000 girls raped, beaten and some KILLED in UK’s biggest grooming scandal”.

The Politicalite story was based on a widely-acclaimed Sunday Mirror investigation.

According to social media monitoring tool BuzzSumo, the Politicalite article was shared on Facebook more than 120,000 times — which would rank it among one of the most shared UK political stories on Facebook in the past year.

We will continue to give a balance to the mainstream media narrative, which we don’t feel represents working-class people like our readers.

Get ready for British News with Balls!