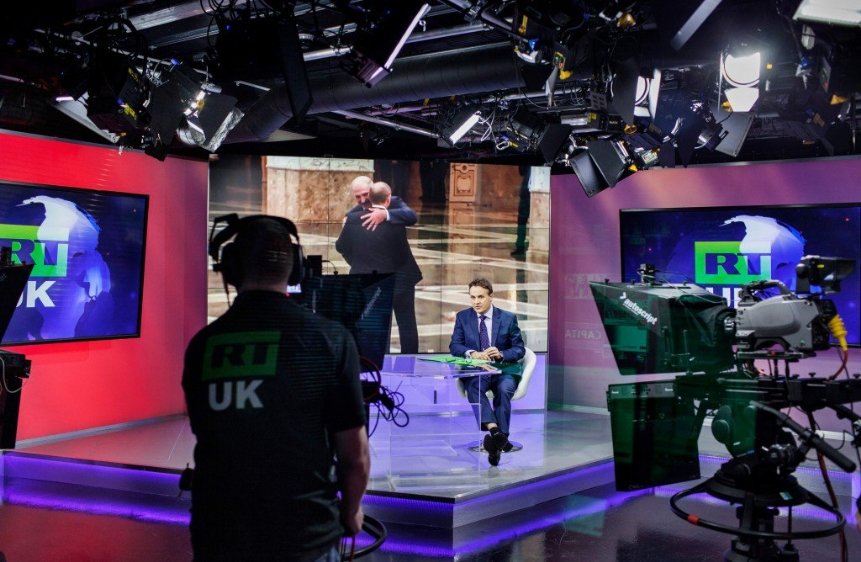 THERESA MAY will use the Russian spy row to crack down on Britain’s free press and close down the UK channel of Russian backed Russia Today also known as RT.

Sources say that the channel backed by the Kremlin could be forced off the air in the UK.

The UK’s broadcasting regulator Ofcom has warned Russia Today that it may investigate the channel and may revoke its licence.

“We have today written to ANO TV Novosti, holder of RT’s UK broadcast licences, which is financed from the budget of the Russian Federation,” Ofcom said.

“This letter explained that, should the UK investigating authorities determine that there was an unlawful use of force by the Russian state against the UK, we would consider this relevant to our ongoing duty to be satisfied that RT is fit and proper.”

“Ofcom has an ongoing duty to be satisfied that all broadcast licensees are fit and proper to hold a licence,” said the spokesman.

RT said: “We disagree with the position taken by Ofcom; our broadcasting has in no way changed this week, from any other week and continues to adhere to all standards. By linking RT to unrelated matters, Ofcom is conflating its role as a broadcasting regulator with matters of state.”

Ofcom said that after May makes a further statement on Wednesday, it will “consider the implications” and whether to launch an investigation into RT’s licence.

RT said it was “proud to have a better record with Ofcom than most other UK broadcasters”.