LEFTIE Channel 4 News has been hit with more than 2,000 complaints following comments made by long-running host Jon Snow, who was accused of ‘racism’ during a live broadcast last Friday.

Snow, 71 angered so many people that thousands complained to Ofcom about his racist outburst when he commented on last Friday’s massive Pro-Brexit rally and claimed he had“never seen so many white people in one place”.

Showing the liberal Media’s contempt for working-class Brexiteers, and trying to create a false narrative, Jon failed to witness the many black and brown faces among the crowds. 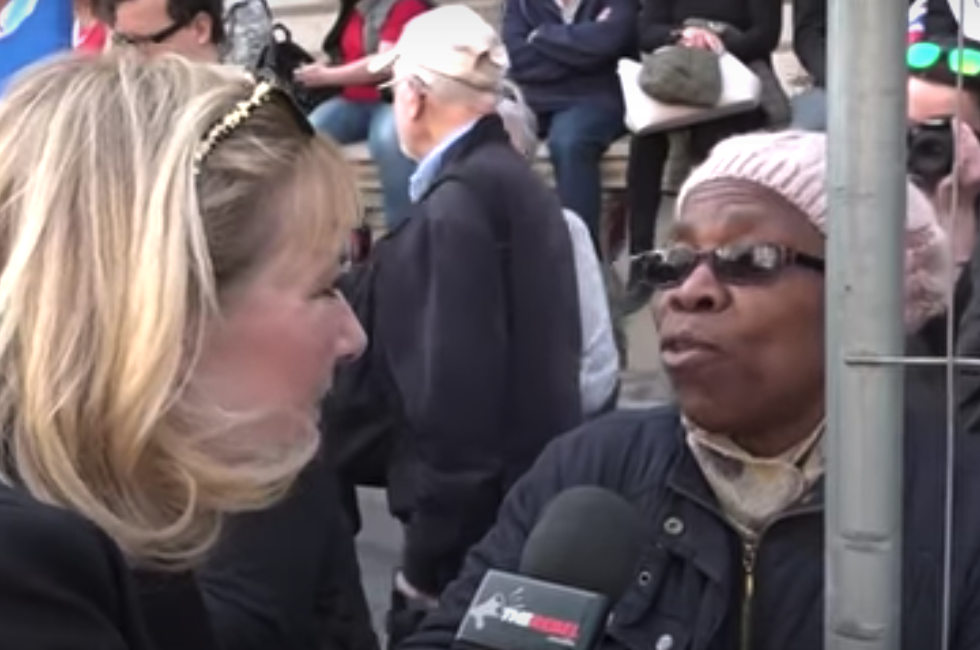 Snow said live on Channel 4 News: “It’s been the most extraordinary day. A day which has seen… I have never seen so many white people in one place, it’s an extraordinary story.

“There are people everywhere, there are crowds everywhere.”

Janice Atkinson MEP also slammed Snow, writing on Twitter: “Hey, Jon @jonsnow, take a look at all those brown faces interviewed by me, draped in Union and @ukip flags. The gay guy, the young guy, the dear lady and Duncan with the coffin.” 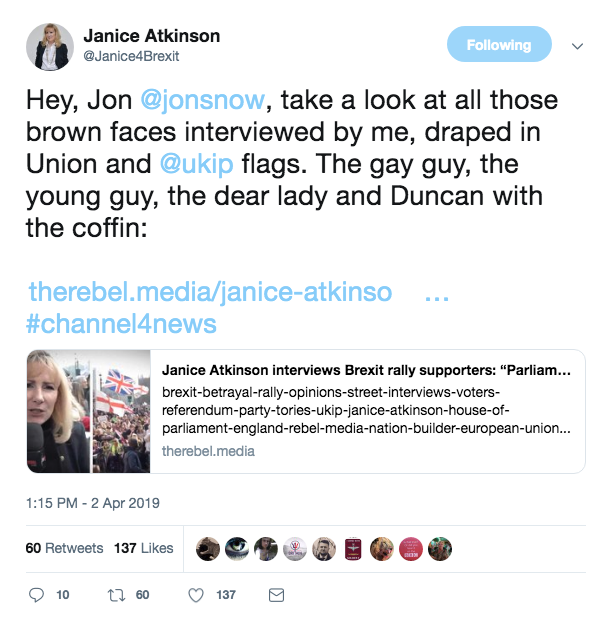 Channel 4 News has responded to the drama and said it “regretted any offence caused.”

“This was an unscripted observation at the very end of a long week of fast-moving Brexit developments,” a spokeswoman said.

“Jon has covered major events such as this over a long career and this was a spontaneous comment reflecting his observation that, in a London demonstration of that size, ethnic minorities seemed to be significantly under-represented.