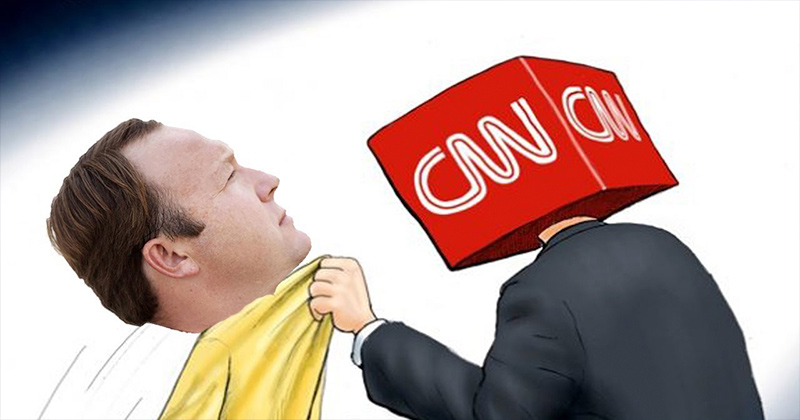 ALEX Jones has been suspended from Twitter thanks to a hate campaign by CNN.

An InfoWars employee shared a screenshot of Alex Jones’ Twitter account that claimed he had been suspended.

A Twitter spokesperson confirmed the authenticity of the screenshot to CNN.

Fake News CNN reported “The spokesperson said the content which prompted Twitter to suspend Jones was a video published Tuesday in which he said, “now is time to act on the enemy before they do a false flag.”

On Friday, one day after a CNN ‘investigation’ found that Jones’ Twitter accounts appeared to have repeatedly violated the company’s rules.

Twitter said the accounts belonging to Jones and his media organization InfoWars would remain online and that the ban was temporary.