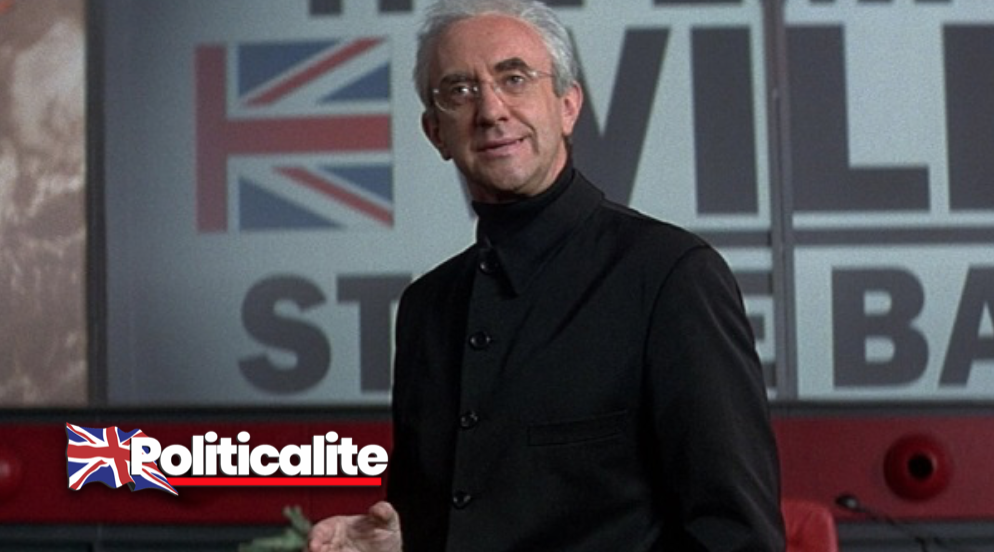 IMAGINE a world in which deceitful news reporters and mysterious computer hackers are conspiring to destabilize the geopolitical status quo. Meanwhile, the United Kingdom has developed delusions of grandeur about its place in the world, and begun to embark upon an effort to restore itself to former imperial greatness. Sound Familiar?

All this might seem a little familiar to anyone who has glanced at a newspaper recently, but it’s not a summary of recent events – this is a synopsis for the seventeenth James Bond film, Roger Spottiswoode’s Tomorrow Never Dies, which has just turned 20 years old.

We’ve called this “the forgotten middle child of the Brosnan era”, Tomorrow Never Dies proved to be a disappointing follow-up to 1995’s Goldeneye, and is not fondly remembered by much of the Bond fandom.

And yet, two decades since its release, it is a film which feels disconcertingly relevant. The plot, while admittedly far-fetched, deals with threats which have become all-too recognisable in 2017, including cyberterrorism and an institutionally dishonest news media. It might make for a thoroughly mediocre Bond film, but, somehow, Tomorrow Never Dies seems to have accidentally predicted the alarming state of the world today.

The villain of the piece is Elliot Carver (Jonathan Pryce), a maniacal media mogul and thinly veiled caricature of Rupert Murdoch. Described as being able to ‘topple governments with a single broadcast’, his efforts are supported by a global news empire, a state-of-the-art satellite network and, um, an advanced stealth boat. Carver delights in pushing what would now be described as ‘fake news’ and, like any media tycoon with too much time on his hands, he plots to improve his ratings by fermenting a war between Britain and China.

The concept of misleading and sensationalized news reporting is older than the printing press itself, but Tomorrow Never Dies presents a world faced with a new breed of unscrupulous journalism and advanced communications technologies.

Carver uses his network to confuse British and Chinese Global Positioning Satellites (GPS), intending to bring the two countries into conflict, while his newspapers aggravate from the sidelines. It’s an improbable set-up which was likely intended as a satire of Murdoch’s unaccountable media empire, but the risks of such technological manipulation have since proved to be frighteningly plausible.

Indeed, recent developments across the western world have suggested that foreign hackers and internet bots have a vice-like grip upon the most basic functions of democracy. Whether they hail from Russia, North Korea, or a basement in Norwich (it could happen), malevolent influences are allegedly hard at work undermining sovereign powers and spreading misinformation across the internet, all at the expense of a crumbling liberal democratic order.