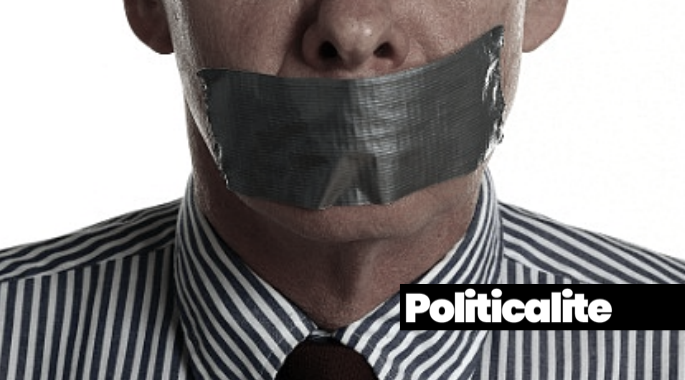 BRITAIN’S booming Alt Media is under attack, and we have been SILENCED by the tech masters of the universe.

This month, Facebook BANNED our page with over 43,000 followers completely – Why? because we reported on the story of Tommy Robinson becoming an MEP – that was covered by outlets such as The Daily Mirror. 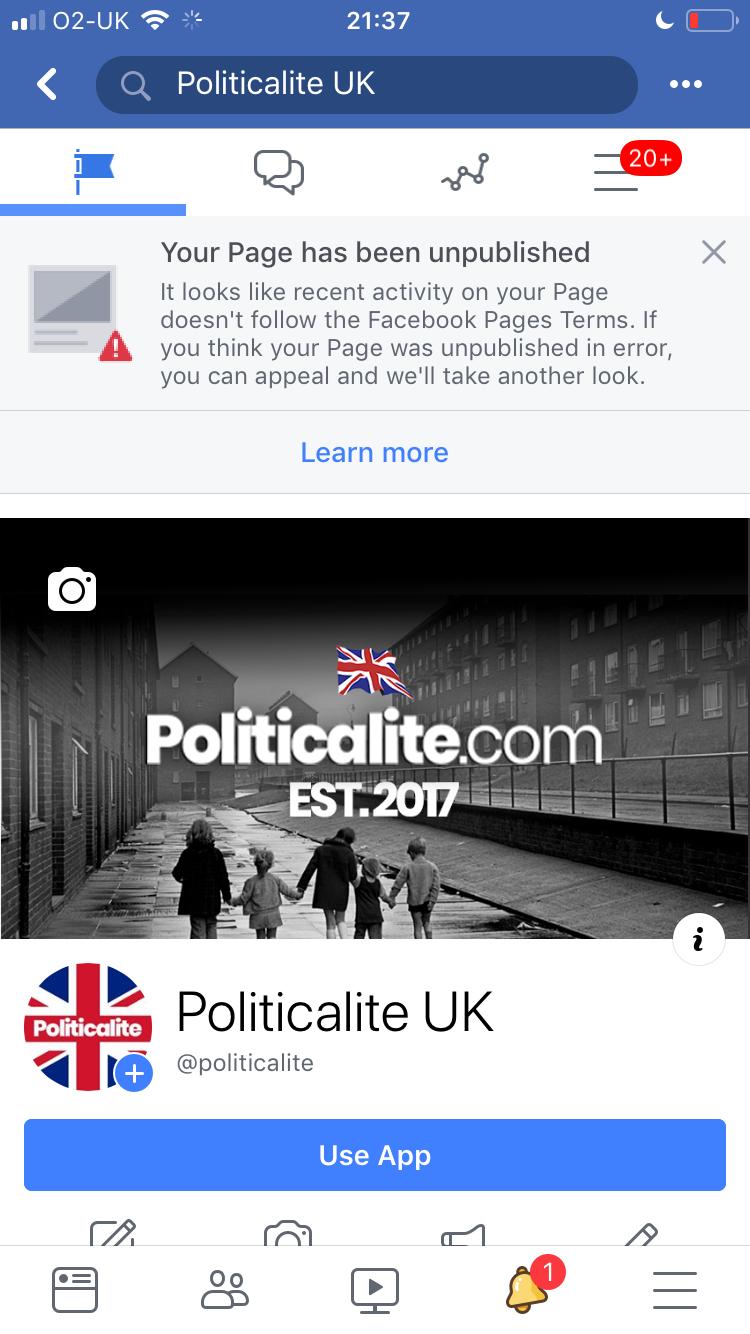 It followed a coordinated effort to suppress and censor us, a legitimate registered news outlet, make no mistake – our de-platforming is the direct suppression of the free press, something the UK no longer has. 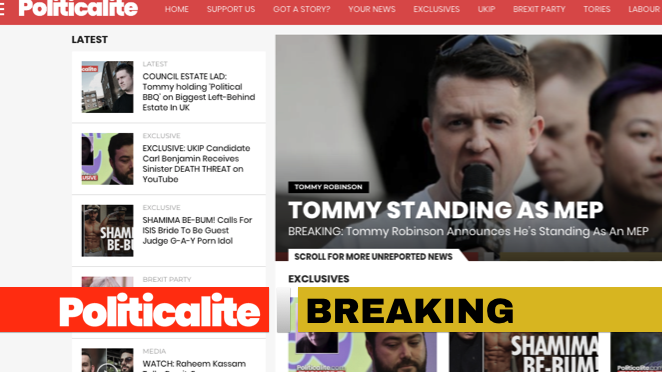 BANNED: FB Unpublished Our Page With Over 43,000 Followers

The establishment is openly at war with Britain’s alternative voices, activists are being banned from social media and with the help of the mainstream press, they’re attacking us at all angles, even our PayPal account has been frozen.

In March, dozens of activists and online media figures were DELETED without warning from Facebook, meaning we could no longer post updates to our more than 40,000 followers. 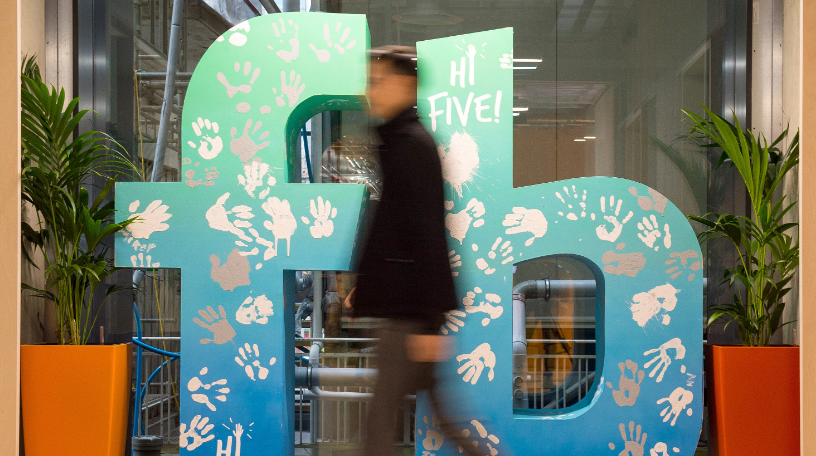 In March, The Guardian smeared pro-UKIP Alt Media and described working-class activists producing news from REAL Britain as “Young, Angry and Extreme” in an attempt to silence us.

Following the article, Politicalite’s website was taken offline for more than three days.

In December 2018, Politicalite lost the ability to fund itself commercially when Google banned us from using its Advertising display services, simply for expressing our political views, and since then dozens of companies have followed suit and the companies that haven’t dropped us pay very little.

In a sinister twist, Number Ten has employed officials to “tackle what No. 10 sees as a rising risk, to the government politically and to the country as a whole” what is that risk? it’s “the rapid rise of new populist news sites pushing conspiratorial, anti-establishment content outside the channels of traditional media.”

Now, it’s only our dedicated and valued readers who are helping to keep alternative news online, only YOU can help.

So please, donate what you can, any amount keeps Politicalite online.

Please DO NOT select the PayPal option.

They have banned us from the platform and frozen our account.