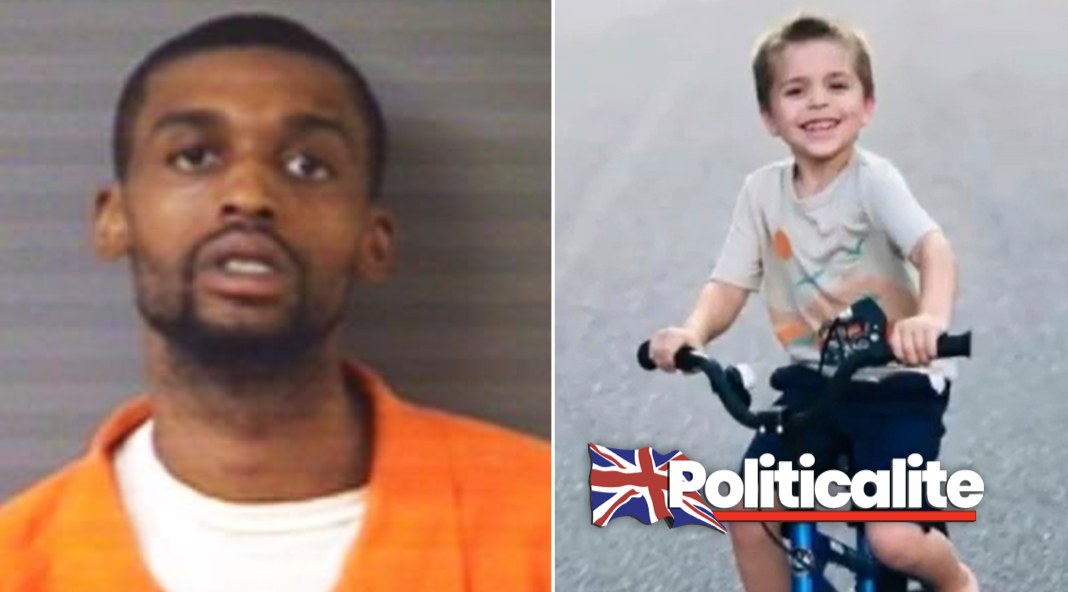 MAINSTREAM News Outlets in the United States have been widely panned after refusing to acknowledge the killing of a five-year-old boy who was shot by a black male as he was innocently riding his bike.

Despite the likes of Fake News CNN, MSDNC and others fawning over the death of George Floyd – leading to the global Black Lives Matter movement, the liberal mainstream media has been universally silent on the death of 5-year-old Cannon Hinnant.

The horrifying killing has only made local US news in the town of Wilson, North Carolina.

Local network ABC11 reported that a 25-year-old man was arrested on suspicion of shooting the 5-year-old, who later died at a hospital.

Darius Sessoms, 25, was taken into custody by local police around 24 hours after he allegedly approached Cannon Hinnant in front of the young boy’s father’s house at 5:30pm and shot him in the head.

Sessoms lived next door to the family, and the killing is not believed to be random. Neighbors claim he had dinner with Hinnant’s father Austin on Friday and had been over at the house earlier on Sunday.

The motive for the killing is still under investigation, but a GoFundMe established by a family member says that the young boy rode into Sessoms’ yard.

“WE SHOULDN’T BE HERE”

More than 100 cars filled the funeral home parking lot and other nearby places. Family, loved ones, and strangers all showed up to lift up Cannon’s family during an unthinkable time.

Merrill Race, Cannon’s grandfather, spoke to ABC11, expressing his pain and disbelief, “we shouldn’t even be here”. Race, a member of the local Guardians of the Children, describes his grandson as a “beautiful kid” who loved playing outside.

“He meant the world to me, just like all the other kids that are mine I helped raise,” Parker added.

Parker recalled getting the phone call on August 9, learning Cannon had been allegedly shot by a neighbor. He went on to say it shook him to his core.

“I received the call, man. I was riding down the road, and I just blacked out, couldn’t even think for a few seconds, took me a minute to register it,” Parker said.

Since Sunday, Cannon’s death has garnered national attention. People all across the world have been using several hashtags with Cannon’s name, sending prayers, words of encouragement, and even monetary donations.

“From Australia, Ohio, Colorado, I mean, it don’t stop. It’s all around the world,” Parker said.

Darius Sessoms, 25, is in jail on no bond, facing a first-degree murder charge. Wilson Police have not released any information regarding a motive.

HE’S BACK: Murdoch Teams Up With Farage, Neil To ‘Launch British News Channel in 2021’