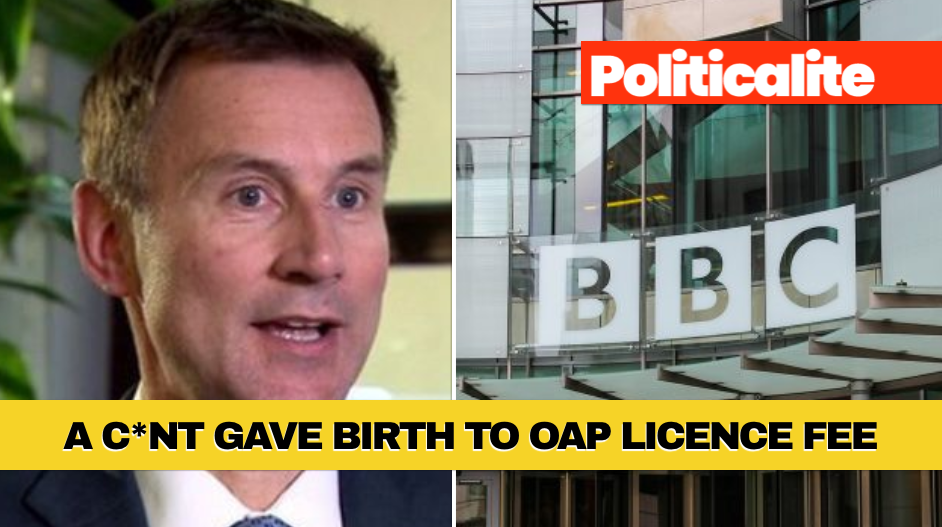 TORY Dopeful Jeremy Hunt was behind the decision to make the BBC responsible for free TV licences for over-75s, it has been claimed.

The former culture minister “wanted the BBC to cover the cost of the TV tax, allowing the corporation to move to AXE the money-saving tax for cash-strapped OAP’s.

LBC revealed Hunt first came up with the idea to make the BBC cover the cost of the free TV licences. 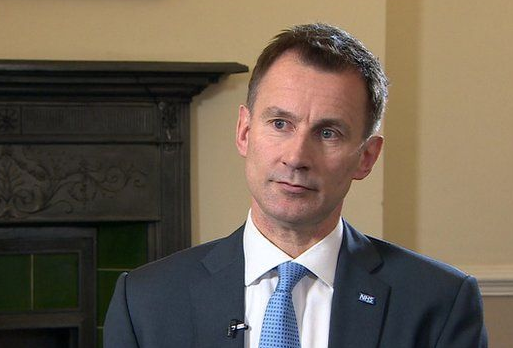 Back in 2010, Mr Hunt was the Culture Secretary and in charge of negotiating the BBC’s new funding settlement.

LBC’s Political Editor Theo Usherwood has unearthed a report from the time by MPs, which revealed that at the start of the negotiations, Mr Hunt wanted to force the BBC to cover the cost of free TV licences for those aged 75 and over.

In a letter to the Culture, Media and Sport select committee, Mr Hunt wrote: “Transferring the funding of TV licences for those aged 75 and over and the World Service from the Government to the BBC were two of the options under consideration.”

Mr Hunt was told by BBC bosses that it would be unable to absorb the cost but nevertheless pressed ahead with the idea. The problem for the Conservatives is that it is a manifesto pledge from 2017 to maintain free TV licences for the elderly.