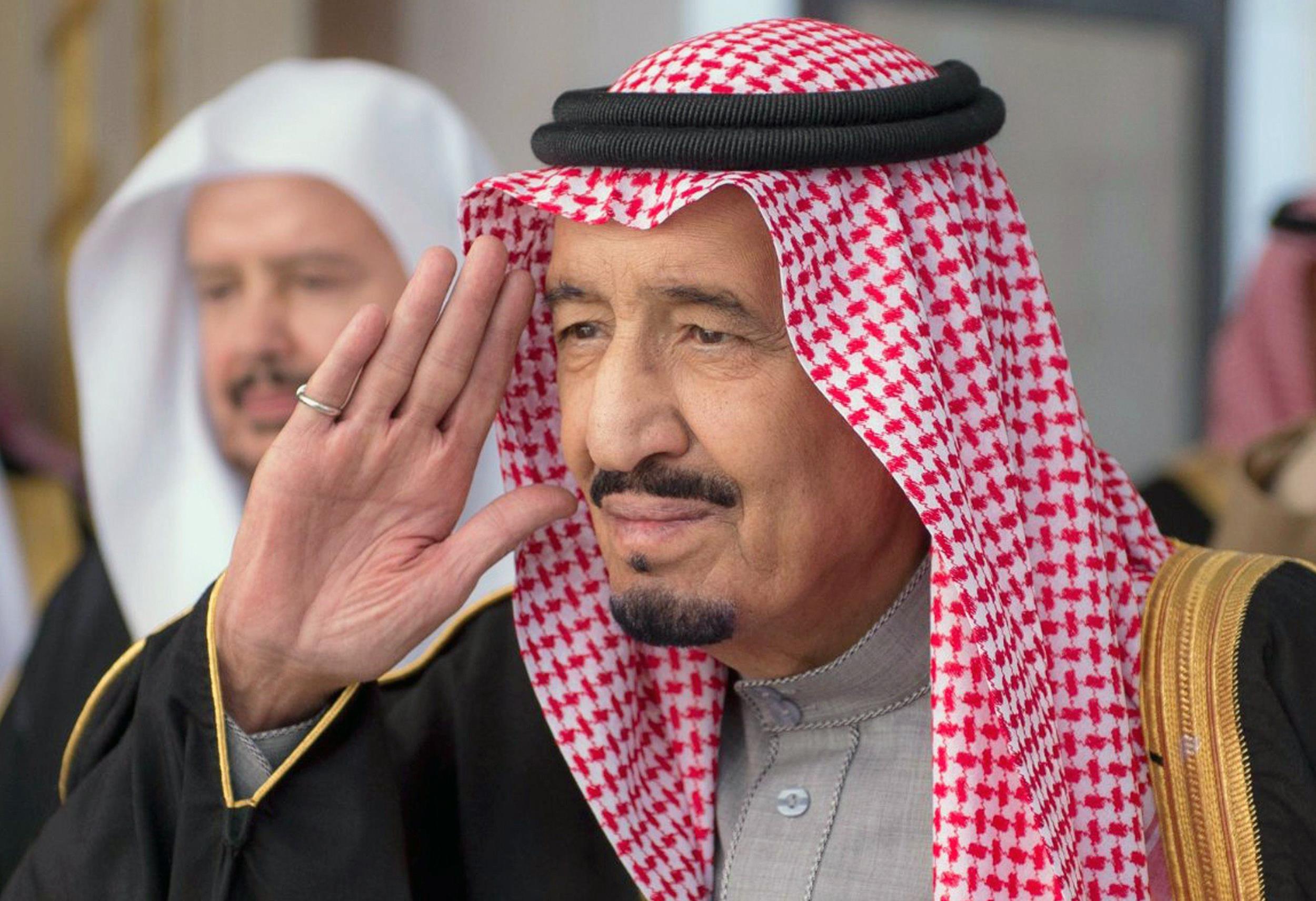 SAUDI Arabia’s King Salman has condemned Iran for “terrorist acts carried out by Iran in the Arab region.”

The two Arab nations have been locked in a decades-long struggle for power that is being waged in proxy wars in several countries, including Yemen and Syria.

“We renew our strong condemnation of terrorist acts carried out by Iran in the Arab region, and we reject its blatant interference in the internal affairs of Arab countries,” King Salman said.

Saudi Arabia and its allies expressed support for Western airstrikes on Saturday, but Iraq and Lebanon have condemned them.

Other countries like Jordan and Kuwait refrained from taking a position, instead renewing calls for a political solution to the multi-sided war which has killed at least half a million people in the past seven years.

Military help over the past three years from Russia and Iran, which also backs Lebanon’s Hezbollah group and Shi’ite Muslim militias in Iraq, has allowed Syrian President Bashar al-Assad to crush the rebel threat to topple him.

Saudi Arabia, which takes over the rotating chair of the Arab summit from Jordan, announced that the current gathering would be named the “Quds (Jerusalem) Summit,” a reference to US President Donald Trump’s decision last year to recognize Jerusalem as the capital of Israel.

King Salman said Saudi Arabia was donating $200 million to support the Palestinians, including $50 million for the UN Relief and Works Agency (UNRWA).

Qatar did not send a senior official to the summit in a sign that its 10-month dispute with Saudi Arabia, the United Arab Emirates, Bahrain and Egypt is still a long way from being resolved.

The four countries severed diplomatic and transport ties with Doha in June 2017, accusing it of supporting terrorism. Doha denies the charges and says the boycott is an attempt to impinge on its sovereignty.

Most of the 22 other countries are represented by heads of state or government. Qatari Emir Sheikh Tamim bin Hamad al-Thani headed Qatar’s delegation at last year’s summit in Jordan.

Sheik Tamim returned to Doha on Saturday from a US trip where he met Trump.

Trump publicly sided with the Saudis and Emiratis early in the crisis but is now pushing for a resolution to restore Gulf Arab unity and maintain a united front against Iran.

Ahead of the summit, the four boycotting nations said their demands – including closing the Al Jazeera television station and reducing ties with Iran – were “a necessary basis” for a resolution to the crisis with Qatar.