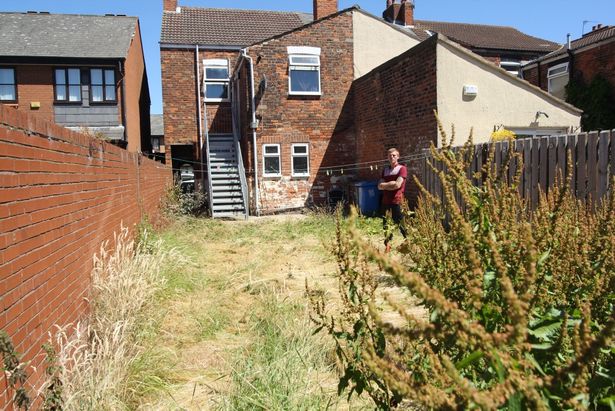 A MAN was mocked on social media after he complained that his local council had not mowed his ‘jungle’ of a back garden.

Like Gilbey from Hull slammed his local council after his “jungle” of a back garden was left uncut for 10 months causing it to become covered in high weeds and brambles.

Gilbey, 25 told his local paper, The Hull Daily Mail that he ‘couldn’t let his two-year-old daughter out in the garden because he feared that she would become lost in tall weeds’

Luke said: “It’s terrible and it’s like a jungle,”

“It’s doing my head in because it’s really nice weather at the moment and I want the garden sorted so I can get swings in for my daughter but at the moment she will just get lost in that grass.”

The lazy resident then added: “It grows very quickly and I would do it myself but it’s not safe. The bramble bush has got thorns on but there’s also bits of broken glass in it.” 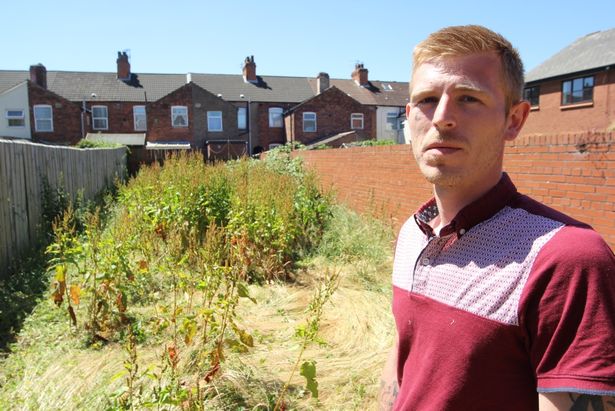 He was mercilessly mocked on social media with users hitting out at Luke for relying on local Government instead of simply solving his problem himself.

Joshua from the United States wrote on Facebook: “I can’t wrap my head around the idea of relying on someone else to mow my yard/lawn. Can they just not buy a lawnmower and cut it their self?”

Another user wrote: “Not only do I regularly get my hands dirty gardening, but I pick up litter locally every morning on my way to the tube station on my way to work – in my suit and tie!”

David Taylor said: ” Oh FFS. How do these people even manage to keep themselves alive?!”

Carl Armes said: “What a privileged baby. Does he also need someone else to wipe his bottom.”

Gerard Gould said: “As long as they haven’t taken as long to wipe his arse for him.”

He claimed to pay a ‘Service Charge’ for maintenance – but a poll on the Hull Daily Mail website revealed 70% said he had no right to be angry.

Olly Rogers added: “[He has] got a point there to be fair, if he’s paying for it via service charge he’s entitled to complain and do them for breach of contract. After he’s got off his lazy arse and mown the lawn of course.”

Hull City Council apologised and the local authority vowed to send out a maintenance team as soon as possible.