North Korea: The Next War 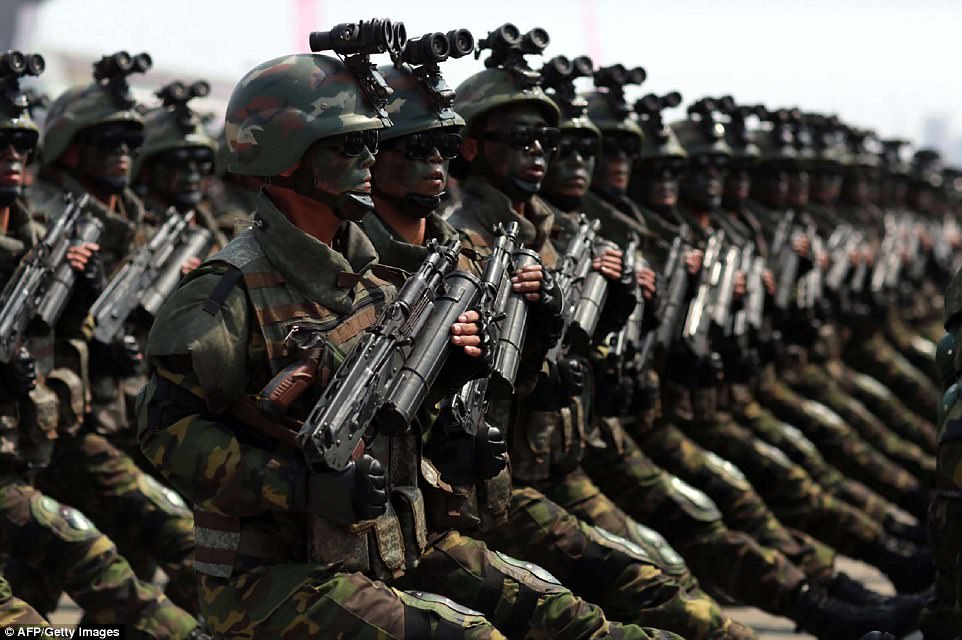 Ever since the Korean War ended in 1953, the despicable dictators of the world’s most secretive state, have been in a constant state of war with South Korea and the United States. Whilst the South has turned into a major world economy, the North has lagged behind in every possible sense.

North Korea is the scorned ex-wife of countries. Since America split the peninsula in the 1950s, a dynasty of Kims has ruled the northern part of Korea with an iron and often brutal fist.

Not much is known about life in the paranoid state except that it’s citizens are kept in the 20th century and are brainwashed from cradle to grave.

The newest of the Kim dynasty is Kim Jong Un. He became ‘supreme leader’ of the Democratic People’s Republic of Korea in 2011, following the death of his father. He is the baby-faced brute who will not hesitate to use brutal force to get his way. Forget tantrums, this guy even killed his own brother to consolidate power in the ultimate show of force. 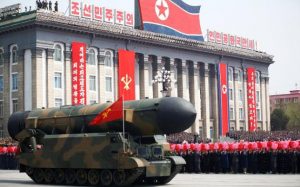 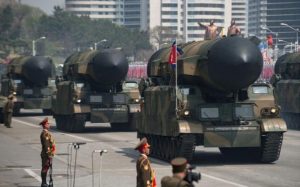 He hopes to make North Korea a nuclear power. The goal is being able to launch a nuclear attack that could obliterate the west coast of the United States and beyond.

Recent reports say the country is four years from being able to achieve this but on Monday, Kim Jong Un test-launched a suspected Intercontinental Missile.

You might ask, why can’t Kim have a nuclear weapon? The UK the US has nukes, why can’t North Korea? Well, looking at Kim Jong Un’s ‘leadership and mental’ credibility report, he is not a desirable applicant for a nuclear football.

The ICBM launch was confirmed by U.S. Secretary of State, Rex Tillerson. In a statement Tillerson said:

“The United States strongly condemns North Korea’s launch of an intercontinental ballistic missile,” Tillerson said in a statement. “Testing an ICBM represents a new escalation of the threat to the United States, our allies and partners, the region, and the world.”

He added: “Global action is required to stop a global threat. Any country that hosts North Korean guest workers, provides any economic or military benefits, or fails to fully implement UN Security Council resolutions is aiding and abetting a dangerous regime. All nations should publicly demonstrate to North Korea that there are consequences to their pursuit of nuclear weapons.”

Nikki Hayley, U.S. Ambassador to the United Nations said the Trump Administration will meet with the UN Security Council (UNSC) later this week.

In April, Donald Trump diverted U.S. Navy warships to the Korean peninsula in the hope of sending a message to Kim.

Intelligence then suggested that North Korea was planning nuclear tests each week following the failed nuclear launch in April.

Mr Trump isn’t standing for it, he is getting seemingly angrier at the provocative actions of the rogue state and is sick of the status quo.

North Korea has just launched another missile. Does this guy have anything better to do with his life? Hard to believe that South Korea…..

….and Japan will put up with this much longer. Perhaps China will put a heavy move on North Korea and end this nonsense once and for all!

President Trump has seemingly had enough of the diplomatic route. He says he will take action alone if China, North Korea’s prime ally, refuses to help. 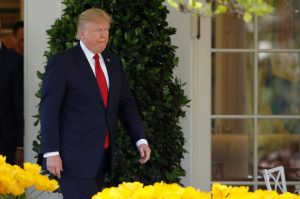 Sanctions have barely scraped the barrel and North Korea continues to act like the rebellious teenager. A few months ago, President Trump dropped ‘The Mother of All Bombs’ on ISIS targets in Afghanistan, This could have been seen as a message to North Korea.

It surely is an extraordinary time in history, and we get to witness it. The world has been close to nuclear war before but this time, there are two mad-dog sheriffs in town.