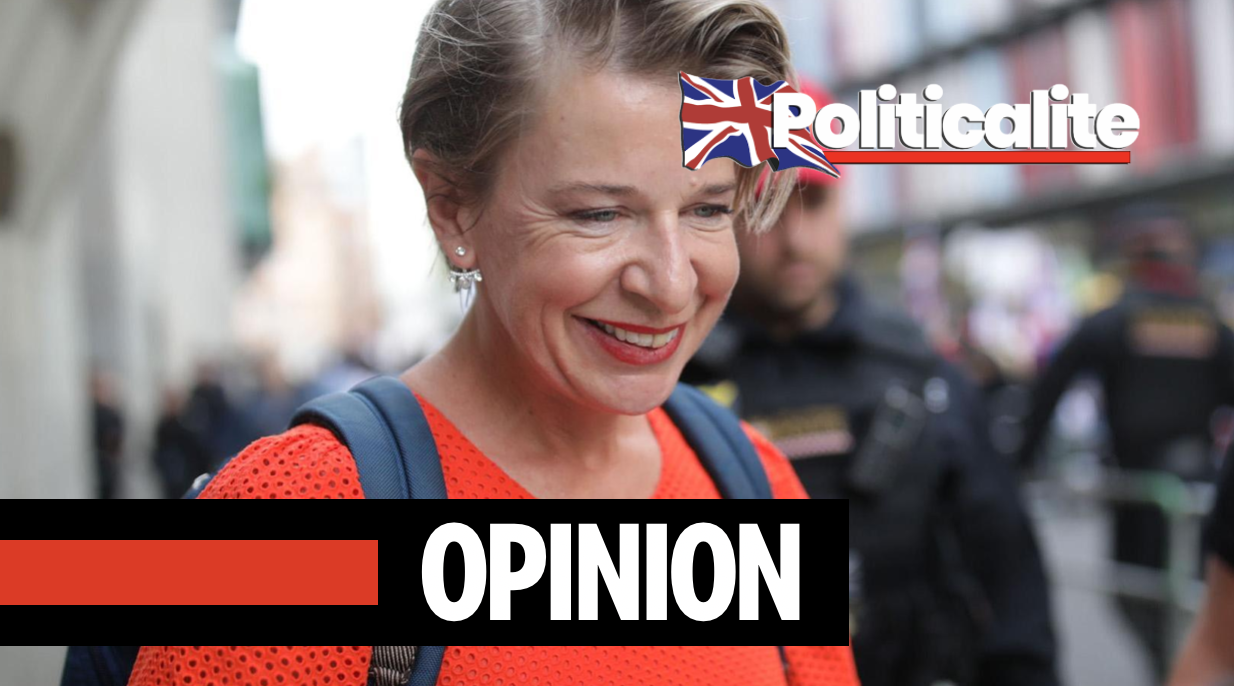 JUNE 19 2020 was a momentous day in British history, political Journalist, commentator and all-round leftist kryptonite Katie Hopkins became the latest victim of conservatism censorship on Twitter by joining the likes of Tommy Robinson, Laura Loomer and Milo Yiannopoulos on the scrapheap of the social media platform by being permanently suspended.

The social networking site, who in recent months have even gone as far to censor President Trump in advance of the 2020 election released a statement claiming that Hopkins had violated its hateful conduct policy but refused to specify precisely what were the tweets that lead to her eventual suspension, despite amassing over one million followers on the platform.

Love her or hate her, Katie Hopkins has been a voice for the voiceless and for those who find themselves on the ‘wrong’ side of the political argument, often finding themselves powerless and watching helplessly afar while ostracized by a liberalised mainstream media and systemically silenced by bias media corporations who have taken it upon themselves to renounce any whiff of conservative views as ‘far-right’.

But despite being labelled as an apparent ‘Nazi’ and ‘racist’ complete with the usual array of ‘phobias’ and ‘isms’ that have become commonplace in preventing free speech and political debate, Ms Hopkins has never been one to shy away from speaking her mind and it is that endearing quality that has made the English media personality a force to be reckoned with.

Brits are known for their resilience in the face of adversity and nobody quite embodies the strength of being British more so than Katie Hopkins.

Articulate, patriotic and unapologetic in her breaming pride in being British, Hopkins stands up for what she believes in, despite political correctness and hypersensitivity from the left. She has described herself as a “conduit for truth”, citing that she merely speaks what other people think in the comfort of their own home but are too scared to say in a public for fear of repercussion. She is unrepentant in her provocative views that have caused grown men to wither inoffensive as she leads the way against the intolerant left while standing in solidarity with those who have been persecuted by a snivelling political class.

These are the qualities that make Katie Hopkins the very best of British and have endeared her to a generation of people who have been able to positively relate to the things that the formidable social critic has commented on over the years.

Katie studied economics at the University of Exeter and completed intense military training at the Royal Military Academy Sandhurst. She participated in the Sovereign’s Parade but unfortunately was unable to take up commission due to an epileptic seizure which she would regularly suffer from until later in her life. Katie would go on to work as a global brand consultant for the Met Office before rising to fame as a memorable candidate on BBC reality TV show, The Apprentice.

Demonstrating that she had bigger testicles then Lord Alan Sugar, an appearance on ITV’s I’m a Celebrity…Get Me Out of Here! closely followed after the notoriety of clapback’s and witty putdowns in the boardroom, however, it wasn’t until her now legendary appearance on ITV’s This Morning that really made her the icon that she was to become. It was on that show in which she left squeaky clean hosts Holly Willoughby and a then pre-gay Philip Schofield open-mouthed and

stunned with her ‘controversial’ view that she dared to judge children by their first names and would never let her own offspring run around the playground with the likes of a Chardonnay.

What followed next was a national outcry of angry and uproar as breastfeeding single mums took to the sanctuary of Netmums and vented their vexation that somebody like Katie would dare have the audacity to judge their precious little ‘Princess’ or ‘Shaniqua’. But the controversy and outrage would only go on to make Katie even more popular, and in doing so it wasn’t just badly named children and their irresponsible parents who would feel the wrath of the Hopkins, but everybody else in Britain.

In her crusade against fatties and obese layabouts across the nation, Katie deliberately gained and lost weight over the course of several months in an attempt to prove that fat people can diet successfully if they just simply eat less and moved more. Her progress was documented on her show My Fat Story for TLC which had an audience figure of 10 million. Hopkins gained and successfully lost 3 stone over the course of the show proving that she could quite literally put her money where her mouth was, while further proving her point that fat people were simply lazy and full of excuses and lacked the will to lose the excess baggage around their widening waistline. Katie had proved her point, but there was more to come. A stint on Channel 5’s Celebrity Big Brother showcased a more ‘softer’ side to the hardened and acid-tongued Katie Hopkins public persona while managing to successfully secure her second place on the show and losing out to the eventual winner and fellow tabloid favourite and fellow Katie, Katie Price.

Once portrayed as the pantomime baddie, her appearance on the show was seen as refreshingly honest and overnight Katie had become loved and adored by the British public who were now booing her less than before. Despite having difficulty adjusting to the compliments she now found herself receiving instead of the usual backlash, it seemed that people were beginning to see Hopkins for who she really was, a passionately opinionated woman who would not back down without a fight.

Since her appearance on The Apprentice in 2007, Katie Hopkins has cemented her place as a household name through a string of TV appearances, radio slots and newspaper columns and is never far from the headlines or Twitter trending topics despite no longer being on the platform. And yet despite everything that has been thrown at her, including being made to pay over £107,000 in legal costs in a lawsuit from food writer Jack Monroe, Hopkins merely flicked off any criticism with her perfectly manicured nails and just continued to offended anyone who would take offensive to what she had to say. However, it was her comment in her now-defunct Sun newspaper column in which she compared migrants to “cockroaches.” in their persistence to illegal reach UK shores that landed Katie in hot water. Finding herself questioned by Police following alleged claims that she was ‘Inciting racial hatred’ by highlighting the 2015 migrant crisis which saw over one million migrants and refugees cross into Europe and saw rise to an unprecedented influx of crime and sexual assault against European citizens, Katie was once again saying the things that ordinary Brits were simply too scared to say.

But Behind the controversial headlines and soundbites Katie revealed a heart-breaking and painful fear, a fear of dying and leaving her children motherless as she prepared to undergo gruelling brain surgery in a bid to reduce the amount of seizures that she had suffered due to epilepsy. The mum-of-three underwent a gruelling twelve-hour surgery to have a part of her brain removed. Though in true Katie wit and defiance she took to Twitter soon after the operation to announce to her

followers that even after being in surgery and having part of her brain removed, her critics would not “shut her up”.

Unfortunately, it was only a matter of time before big tech censorship would come for Katie but her endurance against mainstream suppression is truly something to be admired.

Katie Hopkins represents everything that is great about Britain. She embodies the patriotism and perseverance long associated with being British and is not afraid to speak her mind with her eccentric British charm and wit.

She provokes discussion while challenging the double standards and hypocrisy of the left while courageously daring to say the things that we are told that we are no longer allowed to say. She may no longer be allowed to tweet but the impact she has made on free speech will truly stand the test of time.

DISCLAIMER: Politicalite, News Worldwide Limited nor its advertisers endorse the views expressed in this article, it is presented as opinion.