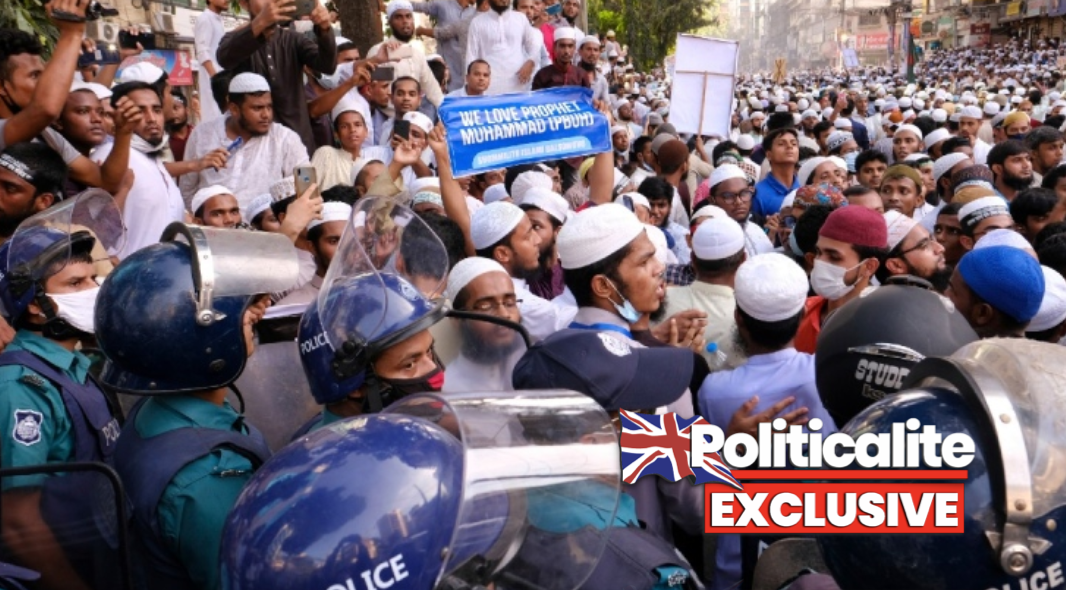 VIOLENT attacks in Paris and Austria highlight once again the dangerous effects of blasphemy laws in the Islamic world.

On the 25th of September, the former offices of Charlie Hebdo, the nationally circulated French magazine, was the scene of a stabbing attack that left two people seriously injured. Media sources reported that the victims were attacked with a “type of cleaver” in front of the office building. The injuries sustained were not life-threatening but the two were reported to be in serious condition according to an official spokesperson at the scene of the incident. Shortly after, Samuel Paty, a French teacher who showed the magazine’s satirical cartoons of the Prophet Muhammad to his students, was beheaded. Recently, another knife attack on churchgoers in the city of Nice was reported. A woman was beheaded and another two victims were stabbed to death.

Following the first stabbing attack, authorities pointed to extremist motives for the attack. Paris mayor Annie Hidalgo tweeted that “it is once again freedom of expression that is targeted,” while Prime Minister Macron wrote that it gave him the feeling of “reliving a nightmare.” Police have since labeled the attack an act of “Islamist terror.” Similarly, Interior Minister Gerald Darmanin stated in a television interview that the stabbing was “obviously an act of terrorism” calling it “a new bloody attack against our country, against journalists, against this society.”

The terrorists who committed these horrendous stabbings in Paris have used the phenomenon of blasphemy as a motive. The initial attack against the Charlie Hebdo magazine ignited a spark in Islamic extremism. The main suspect in the stabbing case has been identified as a Pakistani national who arrived in France alone three years ago. Pakistan is a nation known for its strict blasphemy policies. The country’s blasphemy laws date back to the mid 19th century and are still today a crime punishable by death. This is evident in the beheading attack of Paty where Abdoulakh shared the photo of his decapitated head on Twitter and stated “I have executed one of the dogs from hell who dared to put Muhammad down”.

But blasphemy laws are only the surface level of a much bigger problem. The culture of intolerance and violent reactionism has grown throughout Pakistan in recent years.

One major milestone came in 2011 when Punjab Governor Salman Taseer was assassinated. Taseer was one of Pakistan’s most outspoken critics of blasphemy prohibitions. Taseer’s murderer, one of his own bodyguards by the name of Mumtaz Qadri, killed the former governor in response to this opposition. While amending the blasphemy laws has long been on the agenda for many Pakistani lawmakers, little progress has been made. No major party is willing to risk offending the more conservative elements in Pakistani society.

Furthermore, support for blasphemy laws has clearly spread, including to groups that have traditionally been moderate. Even factions in Pakistan long known as more liberal-leaning such as the predominant Barelvi sect showed widespread support for Taseer’s assassination. Qadri himself stated that he was inspired by two Barelvi clerics.

Even more concerning than the existence of blasphemy laws in Pakistan is how they are manipulated to serve political and ideological ends. Critics have pointed to the fact that minorities are vastly over-represented in blasphemy cases. This strongly indicates how laws are often used as a tool of discrimination. Similarly, members of minority religious groups are regularly targeted with blasphemy accusations. In many cases, the laws are used to settle personal scores with foes issuing false accusations over incidents that have little or nothing to do with religion. The sheer number of blasphemy prosecutions in Pakistan and the overwhelming evidence of the laws’ misapplication has become so great as to draw international criticism.

But the damage wrought by blasphemy laws is not limited to tribal and ethnic disputes. Terror organizations intentionally weaponize blasphemy to garner more attention–and recruit followers. Blasphemy is the ultimate pretext for violent extremism. What the attacks in Paris and Austria show is that the mere association with any perceived insults to Islam or its founding prophet can act as the trigger for deadly violence. In a revealing interview, the main suspect’s father, one Arshad Mahmood, all but stated explicitly that his son’s motivation was a reprisal for the defamation of Islam. “We are proud of our son. Everything he has done is in his love for Prophet Muhammad,” Mr. Mahmood told The Wall Street Journal. “I say everything he did was right. There is no compromise on the dignity and respect of the Prophet Muhammad.

More than spur individual attacks, extremist groups can and do utilize the notion of blasphemy as a means to solidify a pact-mentality, an ‘us vs. them’ stance that encourages violence on a wide scale. As one researcher described the recent trend: “the issue of blasphemy is being militarized.” For the Barelvi sect that places a strong focus on respect for the religion’s saints, especially the Prophet Mohammed, the power of blasphemy as a driver of violence is all the more powerful.

Any friend of freedom must recognize the immense potential danger of the very concept of blasphemy and all the more sew its codification in law. International leaders must unite in condemning and clearly opposing blasphemy laws until they are completely eradicated. Until then, blasphemy will continue to be used as a means to propagate religious violence and minority oppression around the world.