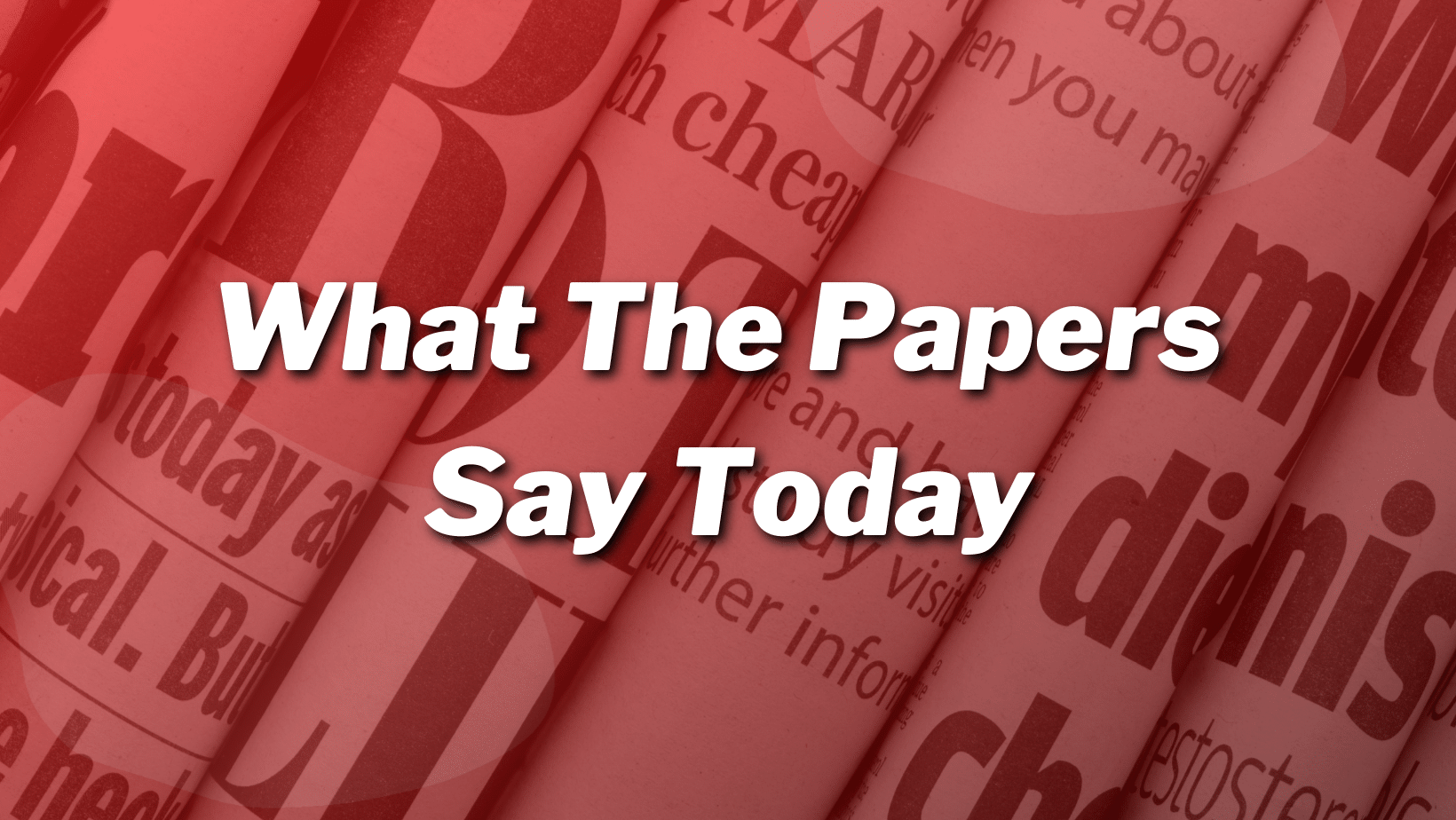 TODAY’S papers are dominated by EU regulators clearing the Oxford/AstraZeneca vaccine for use.

The Sun leads with a Cheltenham punter cashing out £250,000 from a five-leg accumulator before his final horse fell. 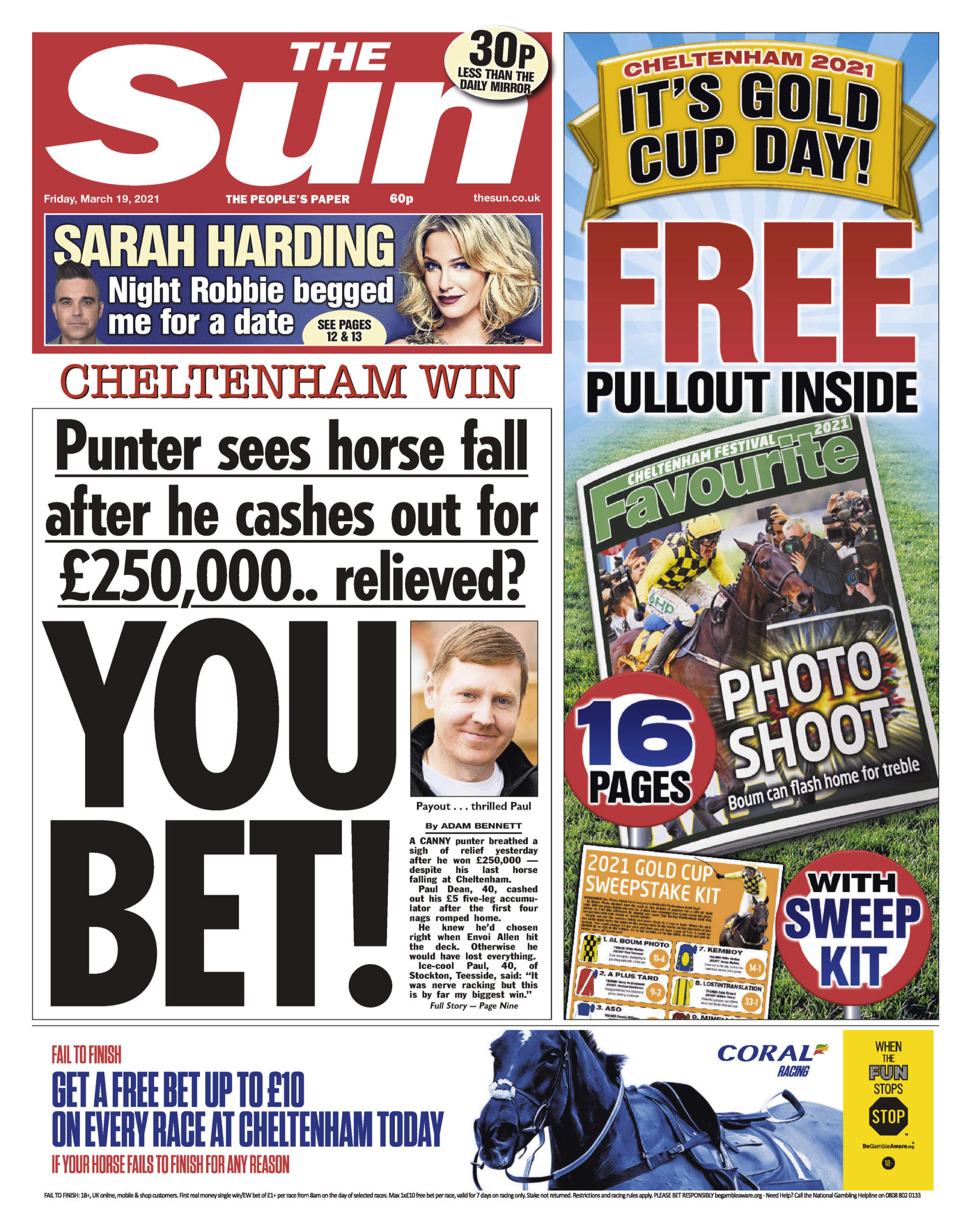 The Daily Mirror reports 300,000 NHS staff did unpaid overtime during the pandemic crisis, with pressure growing on the PM over his 1% pay rise offer for nurses. 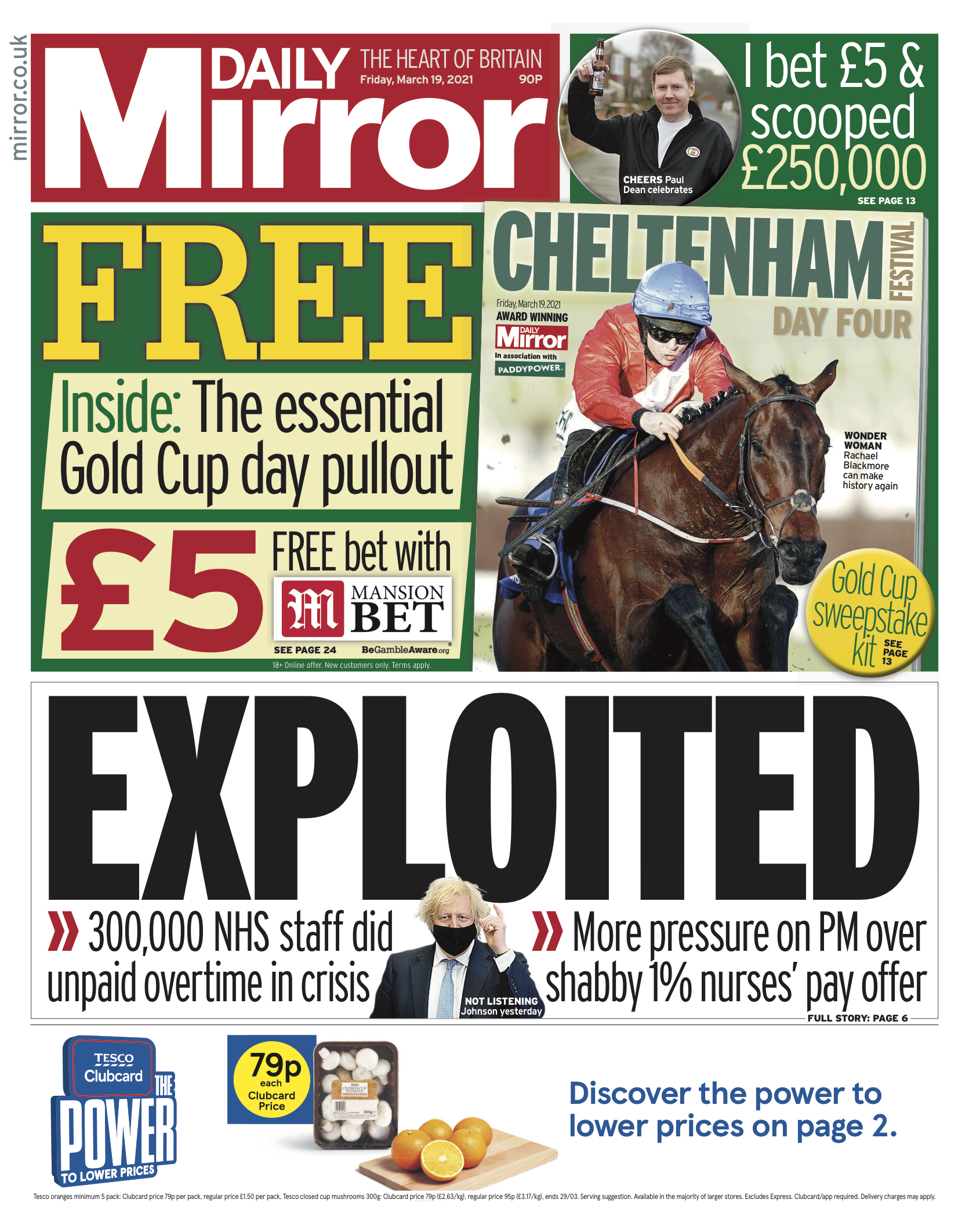 The Daily Star says a university academic was fired over his “angry” use of question marks in texts. 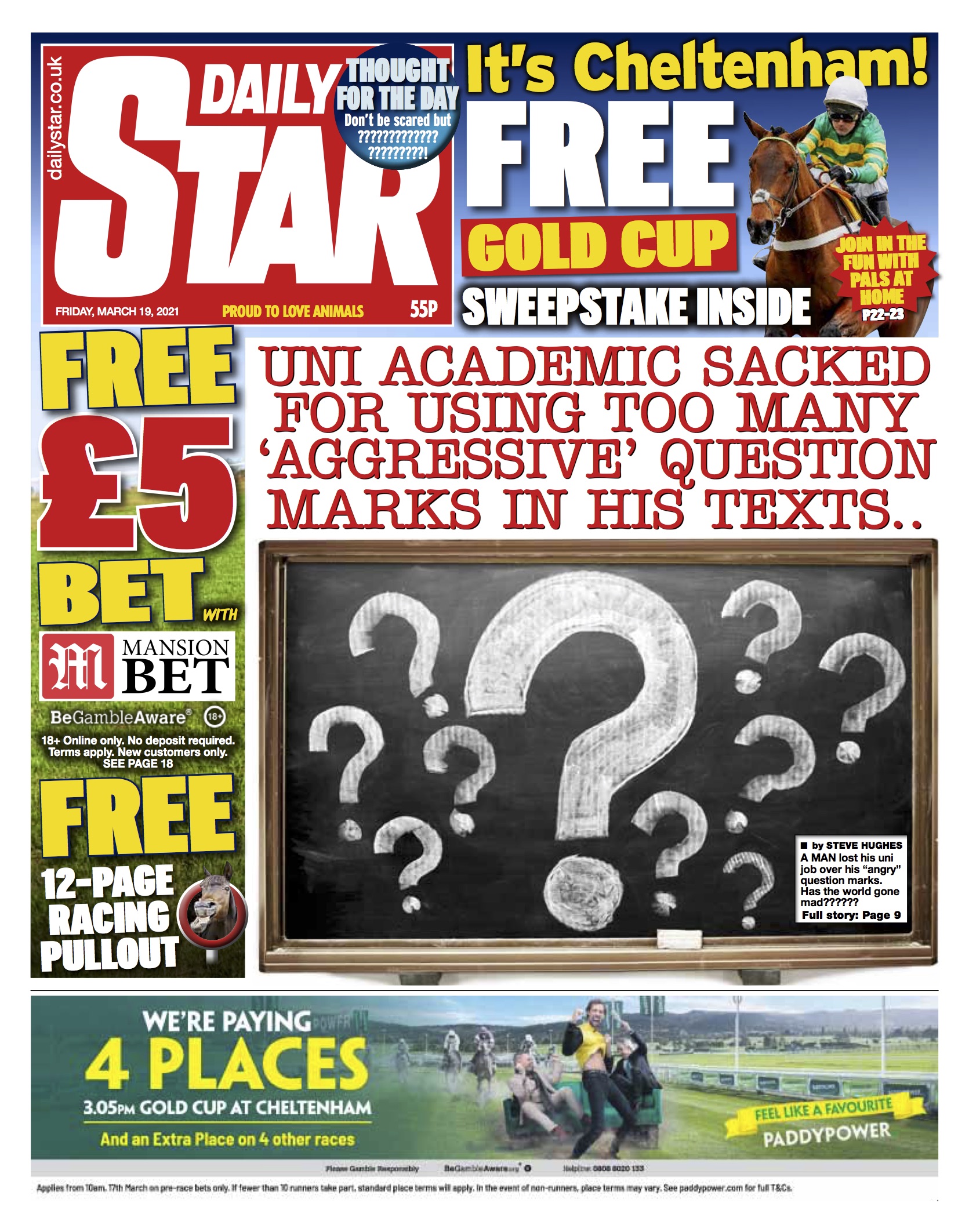 The Daily Telegraph, Daily Mail and The Independent report on the European Medicines Agency reaching a “clear scientific conclusion” that the AstraZeneca jab is safe. 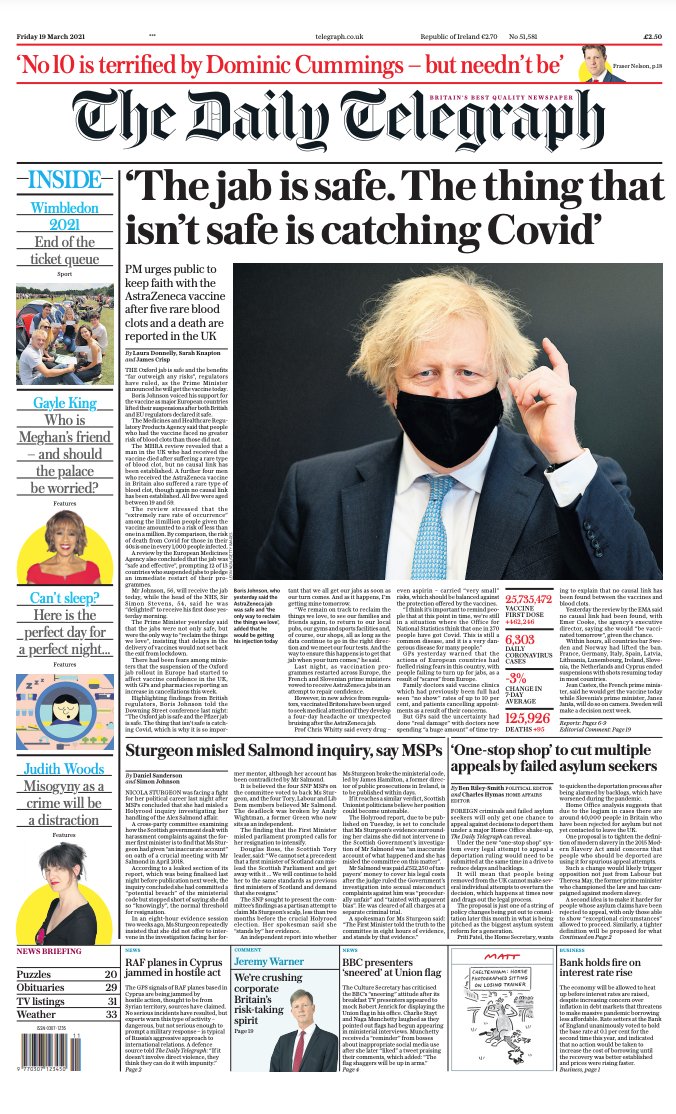 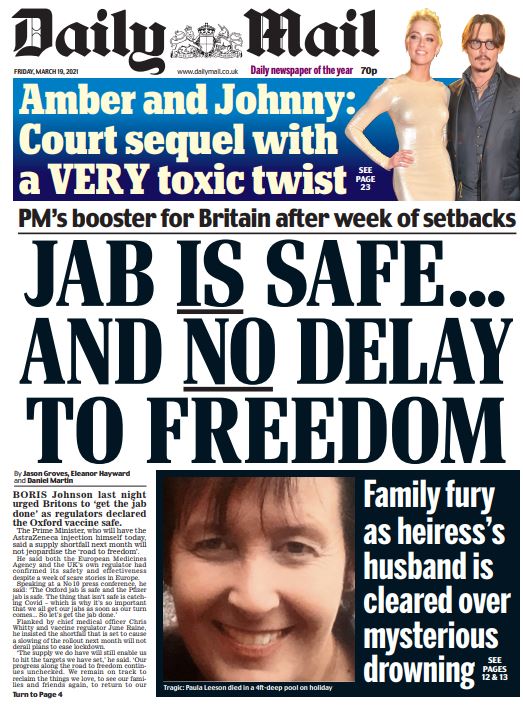 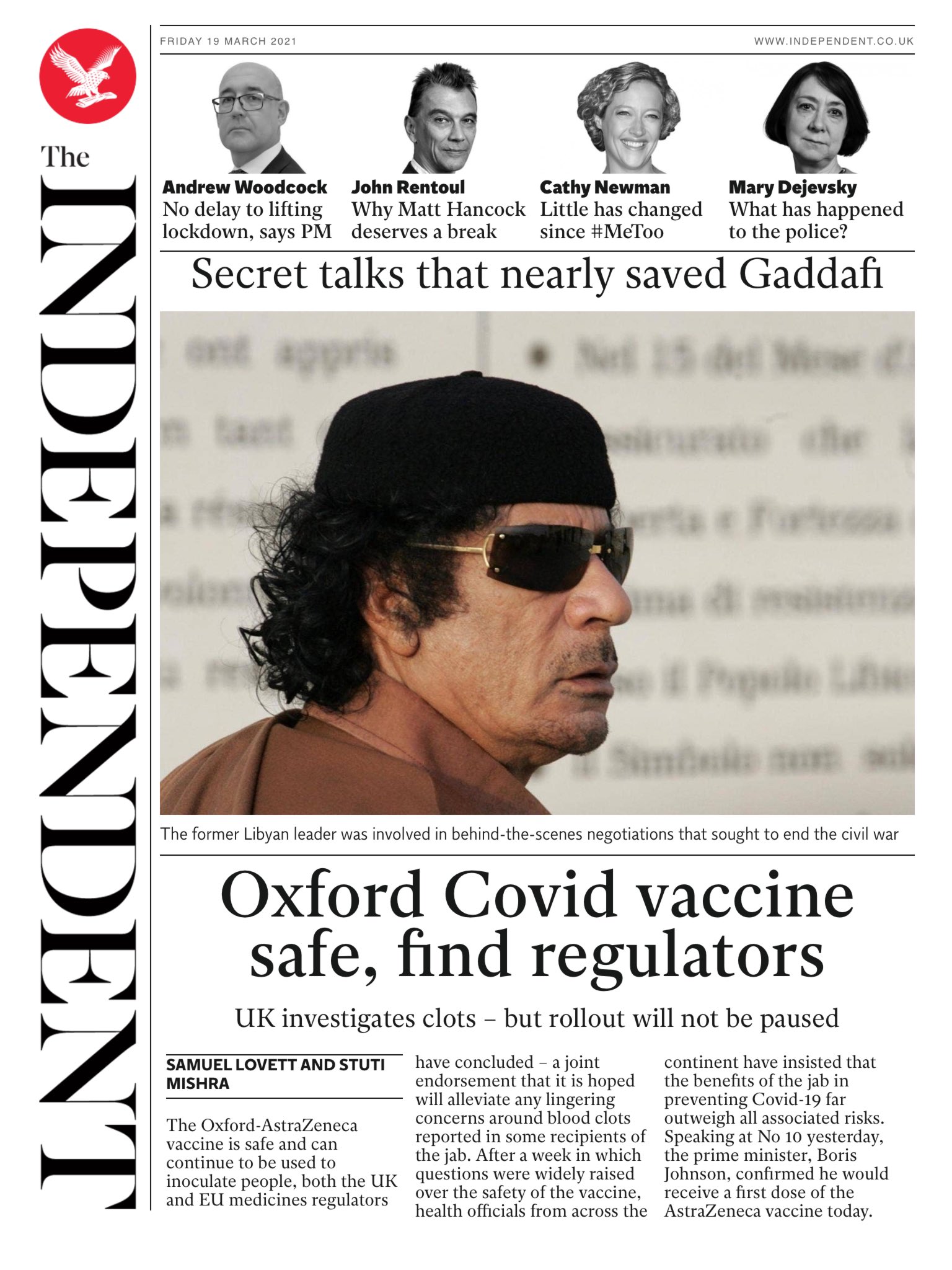 Meanwhile The Times and Metro say France is among a number of European countries to immediately resume the vaccine’s use in the wake of the EMA’s decision. 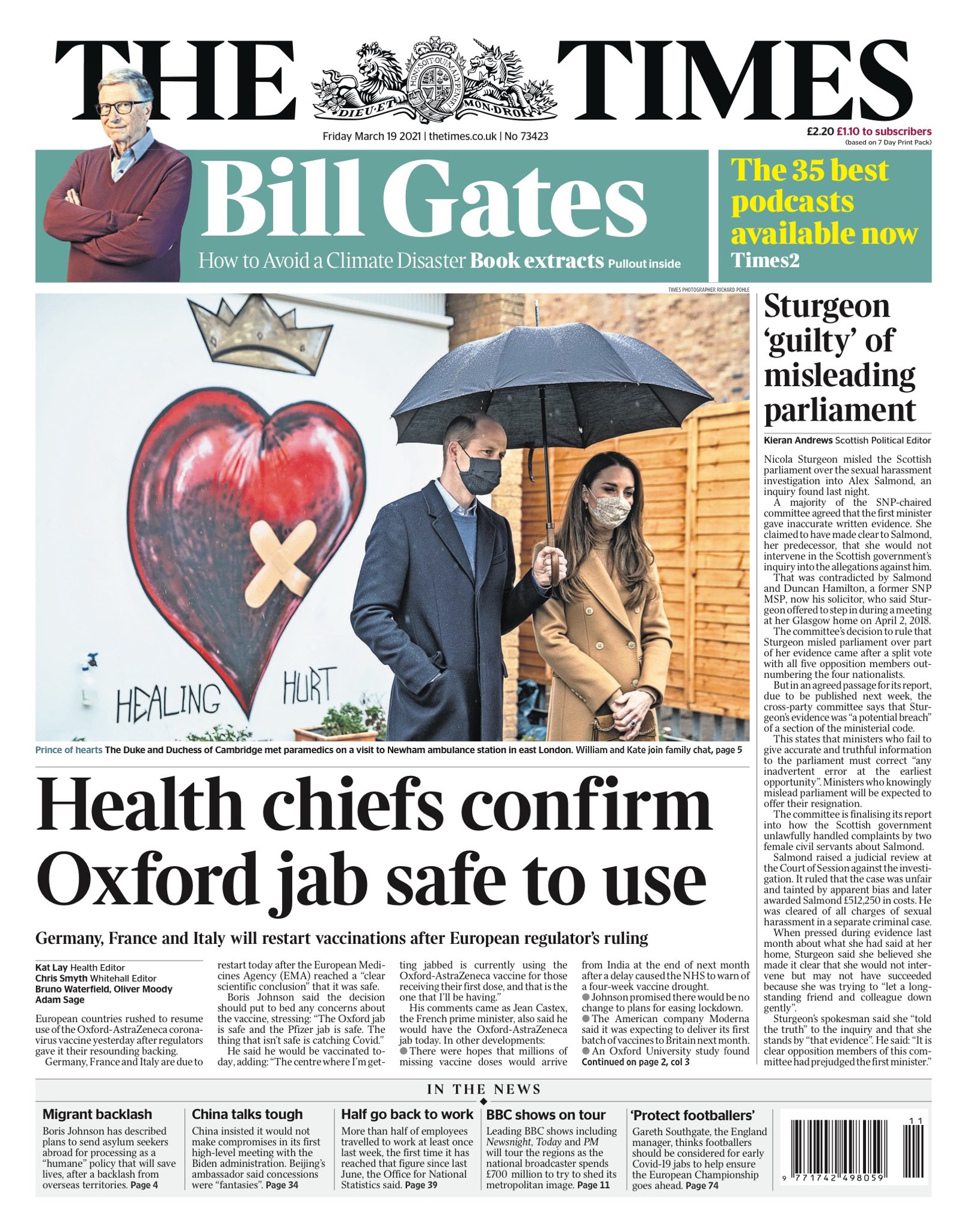 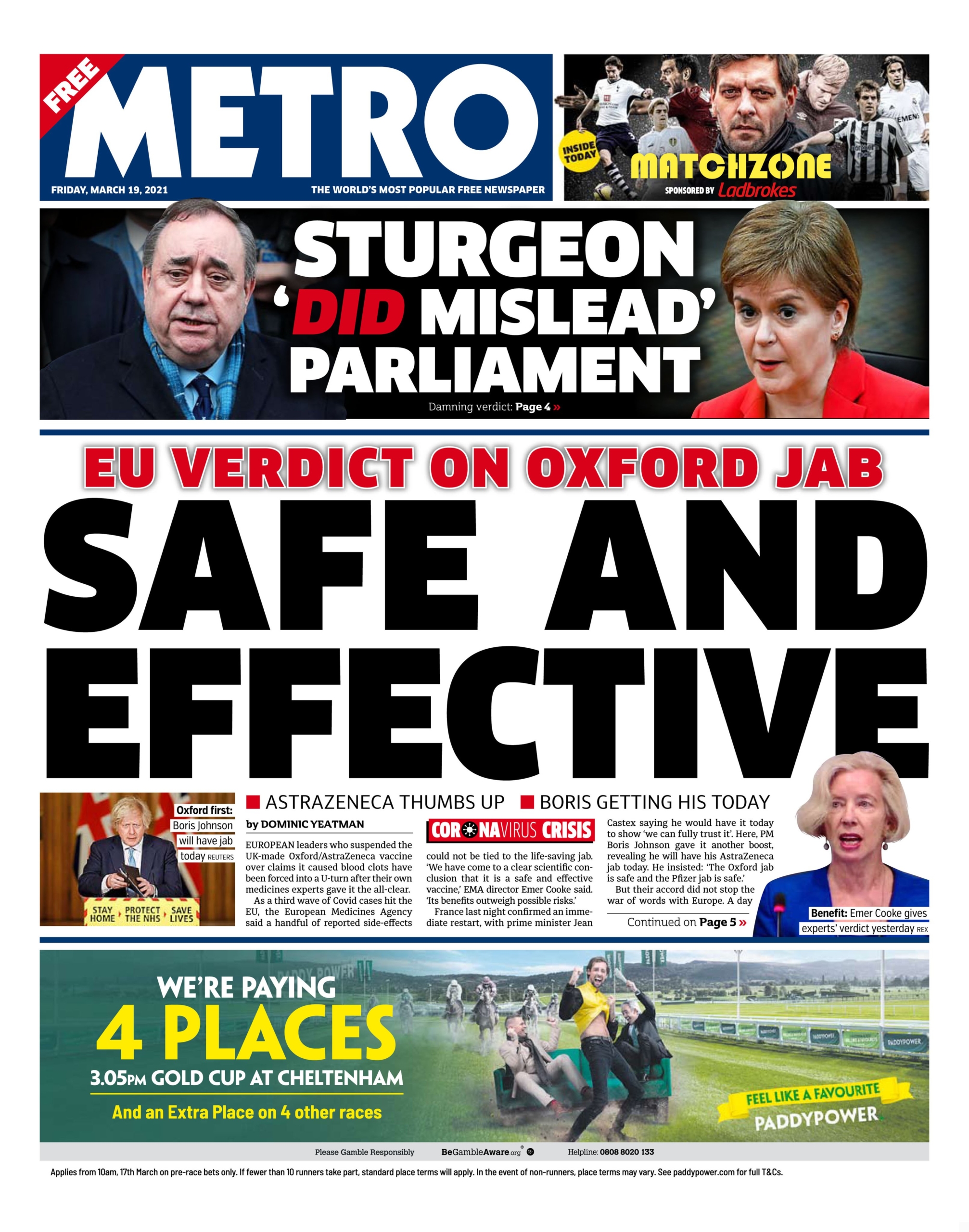 The Daily Express leads with Boris Johnson insisting the UK’s vaccine roll out remains “on track”, while senior health figures have reportedly told The Guardian staff delivering the jabs were “demoralised” by ministers “constantly moving the goalposts”. 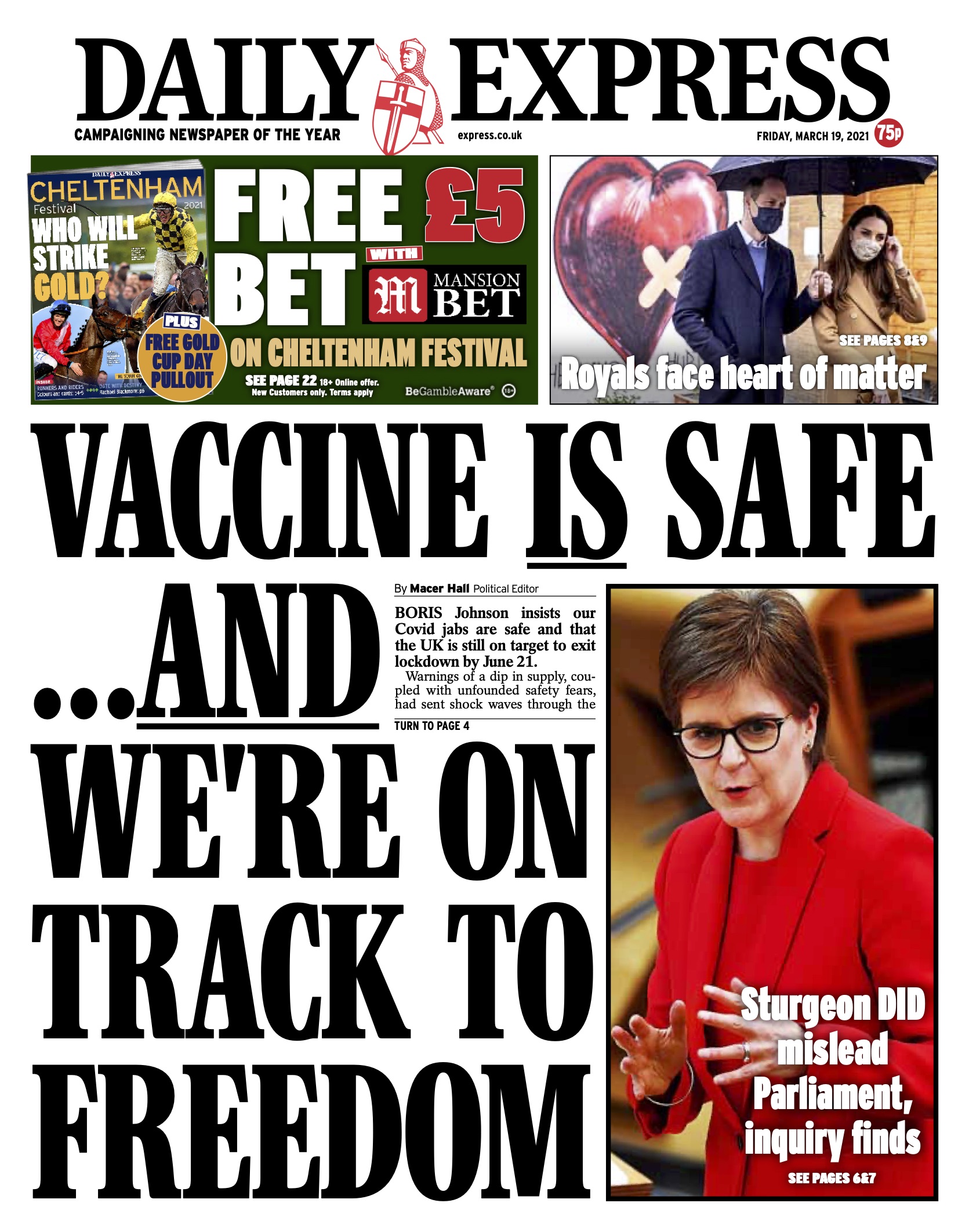 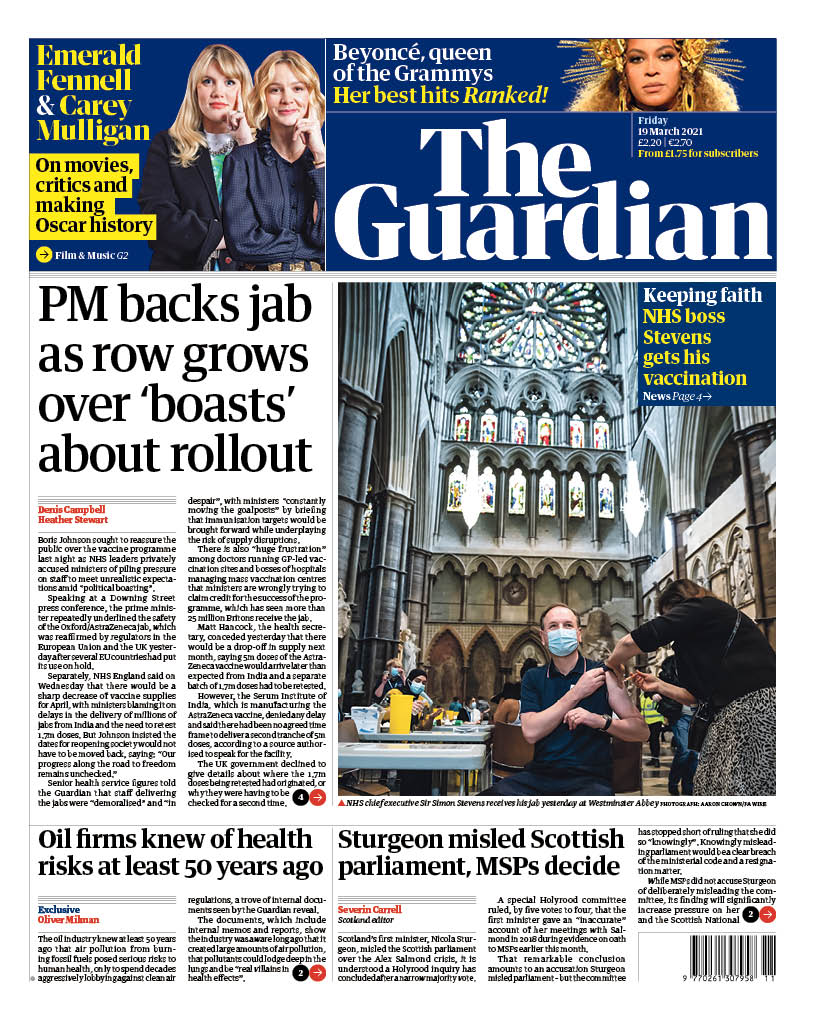