JEZ BLOWN AWAY BY MRS MAY: PM slams Corbyn and reveals 'Windrush' decision was taken under Labour 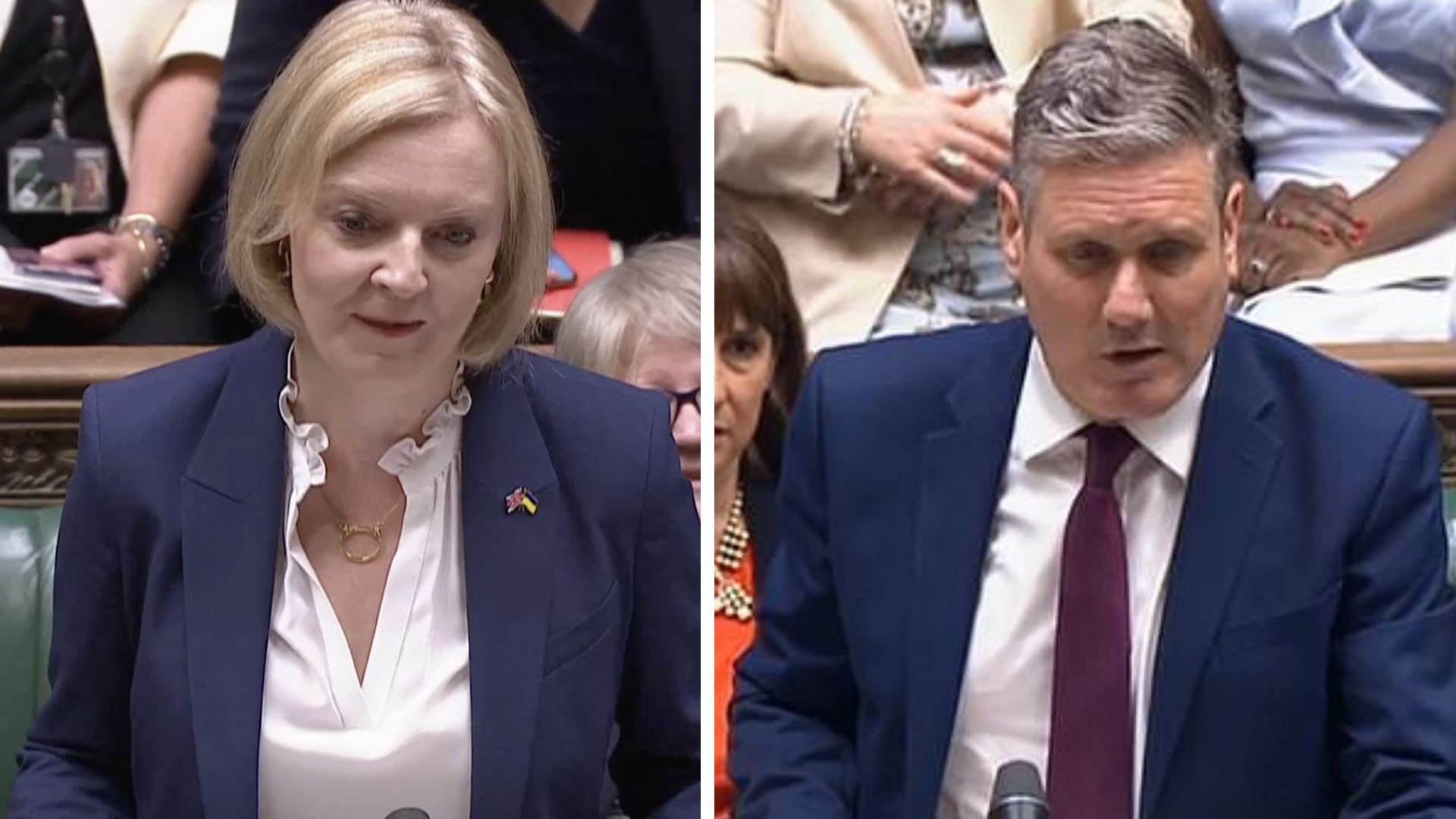 NEW Prime Minister Liz Truss set out her plan to save households and businesses from financial ruin as a result of soaring energy bills but was attacked by Labour for her refusal to bring in a windfall tax on greedy energy firms.

At her first Prime Minister’s Questions, Ms Truss confirmed her plan, expected to freeze household bills at around £2,500, will be set out in Parliament.

She rejected the idea of using a windfall tax on the bumper profits made by oil and gas giants to fund the package, reported to cost up to £150 billion.

Ms Truss told the Commons: “I will make sure that in our energy plan we will help to support businesses and people with the immediate price crisis, as well as making sure there are long-term supplies available.

“That is why I, as Prime Minister, will take immediate action to help people with the cost of their energy bills and I will be making an announcement to this House on that tomorrow and giving people certainty to make sure that they are able to get through this winter and be able to have the energy supplies and be able to afford it.”

In response to Labour leader Sir Keir Starmer, who has pushed for a levy on the £170 billion of “excess profits” that oil and gas producers are expected to enjoy over the coming years, Ms Truss rejected a windfall tax.

“I am against a windfall tax, I believe it is the wrong thing to be putting companies off investing in the United Kingdom just when we need to be growing the economy,” she said.

Sir Keir said refusing to tax the profits made by oil and gas firms as a result of the high global prices would leave taxpayers footing the cost of the energy freeze for decades.

“The  Prime Minister knows she has now choice but to back an energy price freeze, but it won’t be cheap and the real choice, the political choice is who is going to pay,” he said.

“Is she really telling us that she is going to leave this vast excess profits on the table and make working people foot the bill for decades to come?”

Ms Truss began Prime Minister’s Questions by striking a conciliatory tone, promising to work with MPs across the House to tackle “the challenges we face”, at a “vital time for our country”.

But her clash with Sir Keir showed clear dividing lines on fiscal policy, with the new Prime Minister determined to scrap planned increases in corporation tax for businesses.

“Add it all together and companies that are already doing well are getting a £17 billion tax cut while working people pay for the cost-of-living crisis, stroke victims wait an hour for an ambulance and criminals walk the streets with impunity.”

Corporation tax had been due to increase from 19% to 25% in 2023, but Ms Truss said that would deter investors and the UK cannot “tax its way to growth”.

Ms Truss told him: “I will take immediate action to make sure we have lower taxes and we grow the economy, and that way I will ensure we have a positive future for our country and we get Britain moving.”