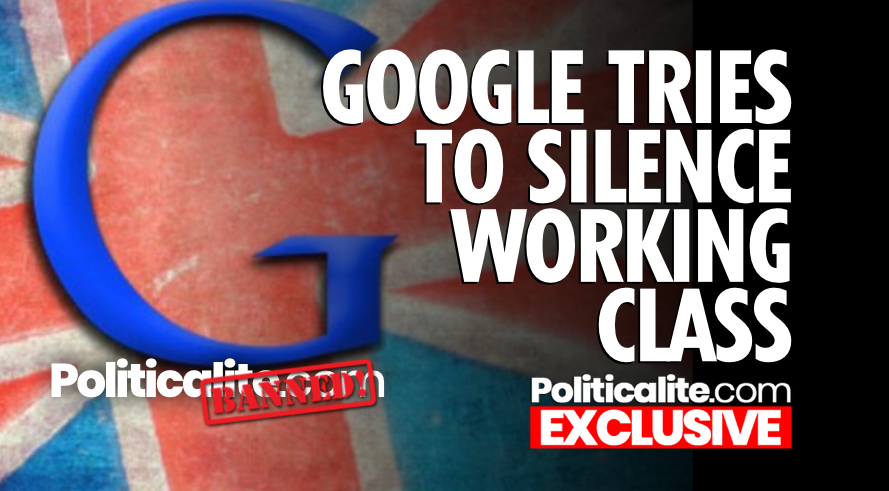 WEB Giant Google has DEFUNDED Politicalite.com, suspending our display advertising services, meaning we have currently lost 70% of our income we rely on to operate.

Google sent an email this week to say there was an issue with an article that violated Google’s AdSense Policy, the article was related to Marine Le Pen, we took the article offline and removed similar articles that Google said  ‘violated’ their Policy, to try to restore ad-serving. 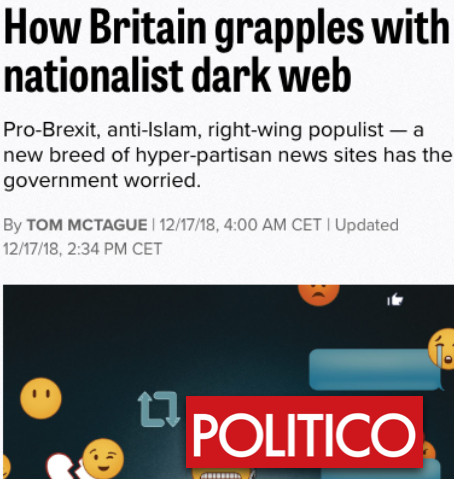 That’s right, the ‘conservative’ government is worried about right-wing ideas and Downing Street even admitted it has lost “media control” due to the rise of new widely popular populist news websites including Politicalite.

Number 10’s press office is monitoring whats read online – and sites like ours are ranking high as “the most popular” in conversation and via shared articles. 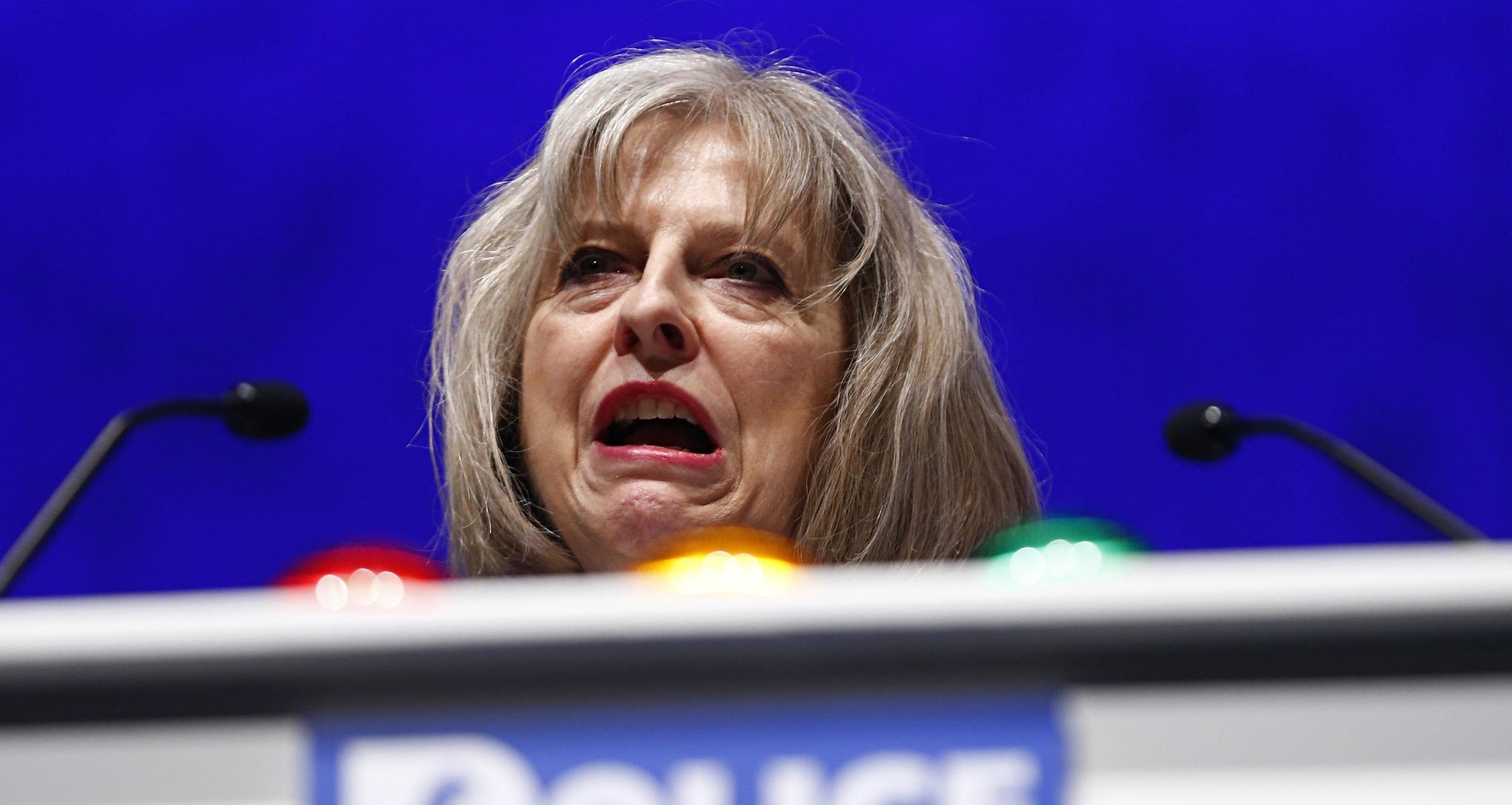 In a sinister twist, Number Ten has employed officials to “tackle what No. 10 sees as a rising risk, to the government politically and to the country as a whole” what is that risk? it’s “the rapid rise of new populist news sites pushing conspiratorial, anti-establishment content outside the channels of traditional media.”

So, was it simply a coincidence that Google would cut our advertising just HOURS after Politico’s article when we have had a great relationship with Google for nearly two years, and suddenly – they drop us and defund us.

We have been attacked in the past by Russia Today, The Press Gazette, then BuzzFeed last month and now Politico – there is an active campaign to stop sites like ours.

Sources have told Politicalite that Google has been ‘lobbied’ by Number 10 to stop our advertising – in an attempt to shut us down, just right before Christmas too! Happy Christmas Britain!

Politicalite founder and Editor Jordan James said: “I set up this outlet from my bedroom in April 2017, to give a voice to people like you. 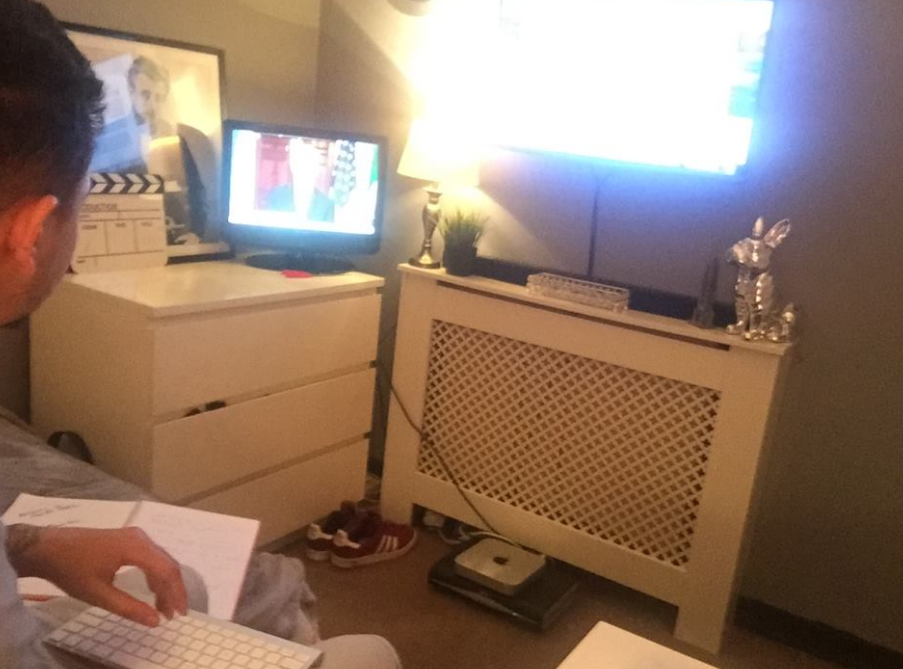 “On April 9th 2017 we had 10 readers, now we get over 500,000 a month but we live in a country where if you have the wrong political views, right-wing ideas, and too many eyes of people, the government will destroy your business so you can’t make any income.”

“It won’t work, we are here to stay even though we have no big financial backers, we are a working-class site that will keep on going, but we need your help.”

Politicalite’s Deputy Editor Darrell Goodliffe said: “Google’s defunding of Politicalite is the latest in a long line of politically motivated attacks on free speech. It is an attack on the right of every single one of our readers right to have a voice.”

“We are not asking for charity. We are asking for you to stand shoulder to shoulder with us in fighting back and showing them that we will not be silenced.”

We are able to pay for the server that hosts Politicalite until February – after that, we don’t know what we will do.

We are working on new systems of Ad Displays, but this will take months of negotiations and until we find new streams of revenue – we desperately need YOUR help urgently, we hate to ask our readers for donations, but right now, we have no other option, can YOU help? even a small amount will make a huge difference, so we can pay our writers before Christmas and keep on reporting the Unreported News.

REQUEST: So we can pay our writers before Christmas – if possible, can you select the PayPal option when donating? Thanks.

BY JORDAN JAMES – EDITOR/FOUNDER OF POLITICALITE

NUMBER Ten monitors the viral stories working-class sites like Politicalite produce, they think we are a threat, but we’re just reporting what people want to read about. Now they have defunded us – just hours after Politico’s story was released on Monday – so-called ‘Not Evil’ Google suspended Politicalite’s advertising citing ‘Policy Violations’ – We have decided to carry on despite our articles now making barley ZERO revenue to help us operate and pay writers – because one of our main missions is to report truth.

Number 10 is rattled by the Alt News revolution, that’s produced by young media-savvy folks, from the heart of working-class Britain – why? because they can’t control us. We don’t meet with grovelling leaders pre-election so they can gain our endorsement, we simply back the people. 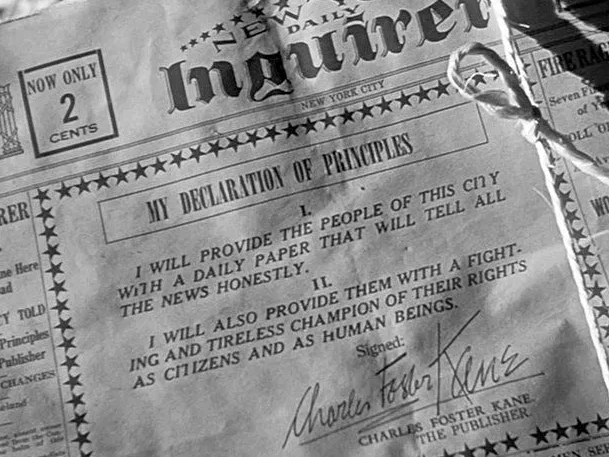 At the turn of Millennium, it was claimed by Media experts that three things sold Tabloid Newspapers: Diana, Jordan and Big Brother“… back then, the working-classes were spoon fed ‘distraction’ content like the Roman Gladiatorial fights the Elites of Rome used to distract the people from the crumbling empire.

On Monday, I visited the House of Lords to report on an event to support victims of Grooming Gangs, finally – after months of feeling ‘detached’ from Westminster Politics- I suddenly had faith in the system.

Hours later, the system revealed they were ‘fighting against’ outlets like mine, that is the real tragedy.

WE NEED YOUR HELP… DONATE TO KEEP REAL NEWS ONLINE. 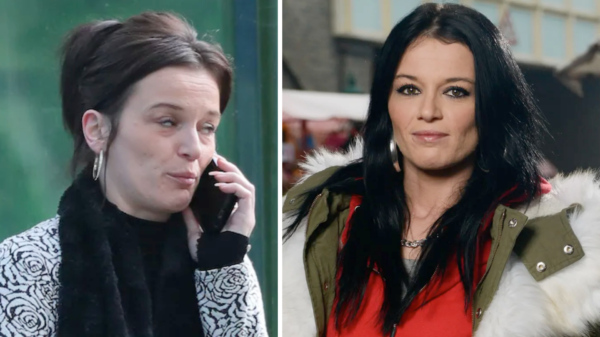