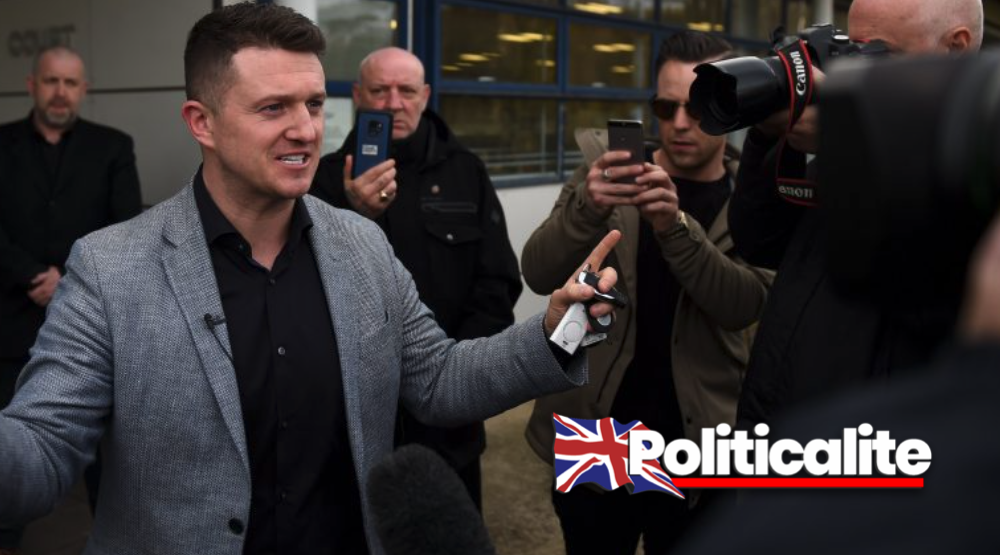 Alliance’s aim is to challenge the woke, ‘progressive’ and Anglophobic elite, and to open up closed-down debate about key social and cultural issues.

The group told Politicalite: “For three years following the Brexit referendum the world has seen that the UK – renowned home of the Magna Carta, the Abolition of Slavery and the Mother of Parliaments – is now ruled by a cynical political class that, with honourable exceptions, is against the people and antagonistic to their democratically expressed wishes and opinions.”

“Although it lost the Brexit battle, this elite is winning the war to impose its own woke, ’progressive’ and Anglophobic worldview on all people and in all corners of national life.”

“When citizens speak out to express common sense views, increasingly they can lose their jobs, be pilloried by the mainstream media, have their social media and bank accounts cancelled, be visited by police and find themselves dragged through the courts.”

At the end of last year Amy Dalla Mura (aka Based Amy) was jailed for verbally insulting a powerful and Remain-supporting politician. Extraordinarily, Amy was also barred by the courts from entering the constituency in which she was standing as a candidate during the December general election.

Following a single complaint about his tweets by a transgender activist, Harry Miller was visited at his workplace by Humberside police, and told that although he had not committed a crime they must ‘check his thinking’. At significant personal cost Harry had to appeal to the High Court to stop his name from being recorded by the police for an Orwellian victim-free ‘non crime hate incident’.

The lights of democracy and free speech are going out across the UK – extinguished by the new intolerance and state-imposed political and cultural orthodoxy.

Group spokesman Peter Mcilvenna told Politicalite: “So far we have failed in the UK to have a populist movement and have been at the mercy of an increasing left wing liberal bias in our society.”

“Neither the Islamisation of our culture nor the grooming gang scandal has not been enough to wake people up. But there is a growing concern about the LGBT agenda sexualising our young children and the draconian clamp down on free speech. And with Brexit now delivered (in some shape or form) this distraction has now been removed.”

“More or less everyone we have spoken to say its time that we all work together. This movement will be a loose alliance of many big hitters that will work together to challenge the liberal agenda and educate the public and provide the tools to push back the tide. It will be a cultural movement that seeks to educate through media and regular face to face gatherings.”

“We want a conversation on Islam. We want to bring parental common sense into the discussion on LGBT. We want to reclaim freedom of speech.”

Topics and speakers at the launch will include:

Carl Benjamin, popular YouTuber (aka Sargon of Akkad), will forensically dissect the benefits of free speech, and the corrupting effects of the biased mainstream media and their fake news

Tommy Robinson, who recently received the Free Press Society’s prestigious 2019 Sappho Award in the Danish Parliament at Copenhagen, will speak as the father of a young family about his strong opposition to the state-endorsed gender confusion and LGBT ideology that is increasingly propagated among young children in primary schools.

Catherine Blaiklock, founder of The Brexit Party and former UKIP Economics spokesperson, will discuss mass immigration and the inadequacies of the government’s point-based system

Pastor Wale Babatunde, Anglo-Nigerian church leader and author of ‘Great Britain Has Fallen’, will spotlight the insipid politically-correct Church of England and the debilitating loss of Britain’s Christian values, culture and heritage. A call will be made for the removal of all bishops from the House of Lords and for an Inquiry into the disestablishment of the CofE.

The launch will be an open but invitation-only event.

If you wish to attend: email alliancelaunch@gmail.com with your full contact details and the outlet/organisation you represent. You will be informed on the evening of 27th February of the exact location in Central London of the launch venue. Please bring ID.

DISCLAIMER: Politicalite UK Ltd or its Advertisers Do Not Endorse The Views Expressed In This Article, We Report This With Respect To Freedom of Speech.