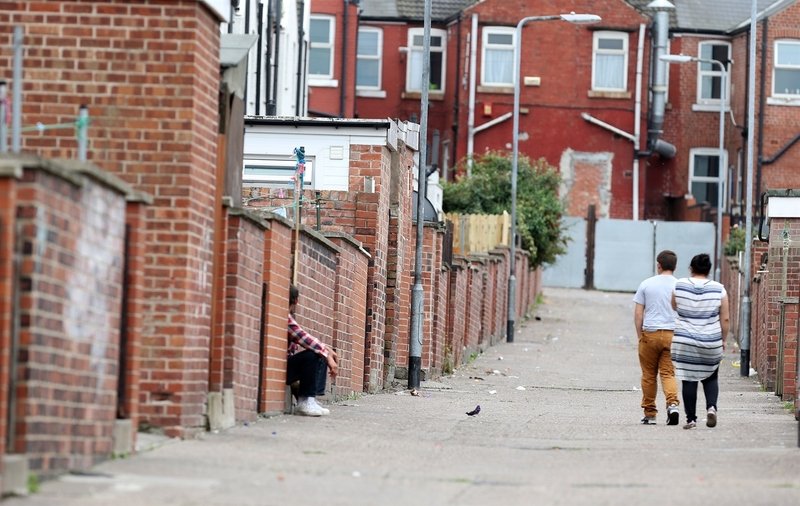 AS BRITAIN spends BILLIONS on Foreign Aid, new data has revealed that more than 14 MILLION Brits are living below the breadline and have been trapped in poverty for years.

The figures reveal that 4.5m kids live in poverty according to a new poverty measure that looks at the disadvantages between in the United Kingdom.

It’s pretty easy to fix this though, we could take money from the bloated Foreign Aid budget to help Britons at home, but the Tories would rather spend our hard earned tax pounds on foreigners.

Under legislation approved by David Cameron and Parliament in 2015, the UK government is now legally required to spend 0.7% of our gross national income on overseas development assistance and in 2016, the British government spent over £13 BILLION on handouts to foreign countries, some such as India that are spending BILLIONS on a Space Programme – but new poverty figures have revealed just how much people here in Blighty need aid.

The new report by the Social Metrics Commision has found that poverty is more common in single-parent families and households that are dependent for income on irregular or zero-hours jobs, non-working families and those with at least one disabled family member.

The study looked at basic living costs including rent and childcare and recognised that even a moderate income is no guarantee that people can meet basic needs if it is eaten up by unavoidable weekly outgoings.

The figures were revealed by the Social Metrics Commision and a spokesman from the commision, Phillipa Stroud said: “We want to put poverty at the heart of government policymaking and ensure that the decisions that are made are genuinely made with the long-term interests of those in poverty in mind.”

The new poverty figures are most likely related to austerity and billions of pounds of cuts and freezes to welfare and disability benefits, and the rise of zero-hours contracts.

The commission hopes the new data will focus politicians’ attention on tackling rising living costs – such as rent, childcare, and the extra costs of disability – rather than to solely focusing on raising incomes.

The UK as a whole has been left without an official measure of poverty since the Conservative government scrapped Labour’s child poverty targets in England.

The IFS predicted the number of children living in poverty will most likely soar to a record 5.2 million over the next five years as government welfare cuts bite, more than reversing all the progress made over the past 20 years.

MY MIGRANT HELL: Trafficked and Forced To Work For ‘£50 A Month’

GRIM UP NORTH: Lancashire revealed as ‘one of the POOREST parts of Europe’ according to new data