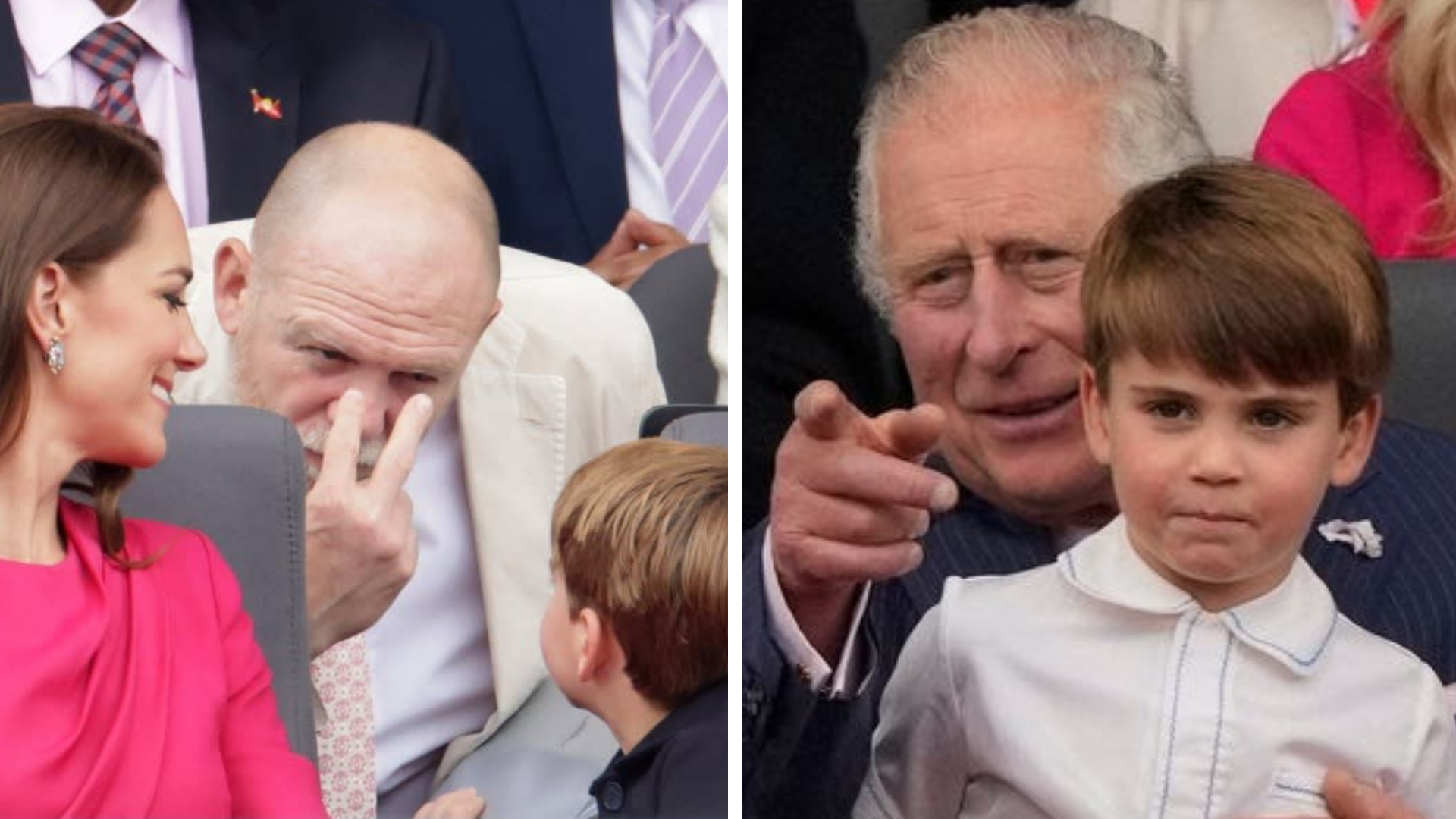 PLAYFUL Prince Louis was up to mischief again at the Jubilee – but his older relative Mike Tindall joked he was keeping an eye on the spirited four-year-old as Grandpa Prince Charles tried to tame the rebel Prince.

Louis sat in the front row of the royal box with his parents the Duke and Duchess of Cambridge and siblings Prince George and Princess Charlotte.

He covered his eyes and blew out his cheeks as he watched the carnival Pageant on Sunday.

But former England rugby player Tindall, sitting in the row behind, gestured and pointed to his eyes that he was keeping watch over him, as Kate chuckled at their interaction.

The prince had delighted royal fans by stealing the show on the balcony on Thursday after Trooping the Colour.

He let out a howl and covered his ears during the flypast, and his “Gan Gan” the Queen sweetly interacted with her great-grandson, leaning down to chat to him and point out the planes.

Others in the royal box included Princess Eugenie, who bounced her baby son August on her lap.

The one-year-old was wearing a jumper with a Union flag on the front.

As Prince George stood for part of the parade, he mirrored his father William, both adjusting the front of their jackets at the same time.

He was also spotted resting his head on his hand during the two-and-a-half-hour show.

The Prince of Wales stood to receive the salute from troops of the Household Division.

He nodded in turn to the 42 units marching round the Queen Victoria memorial.

Other members of the royal family in the box included Princess Beatrice and Zara Tindall with the Tindalls’ two eldest children, Mia and Lena.