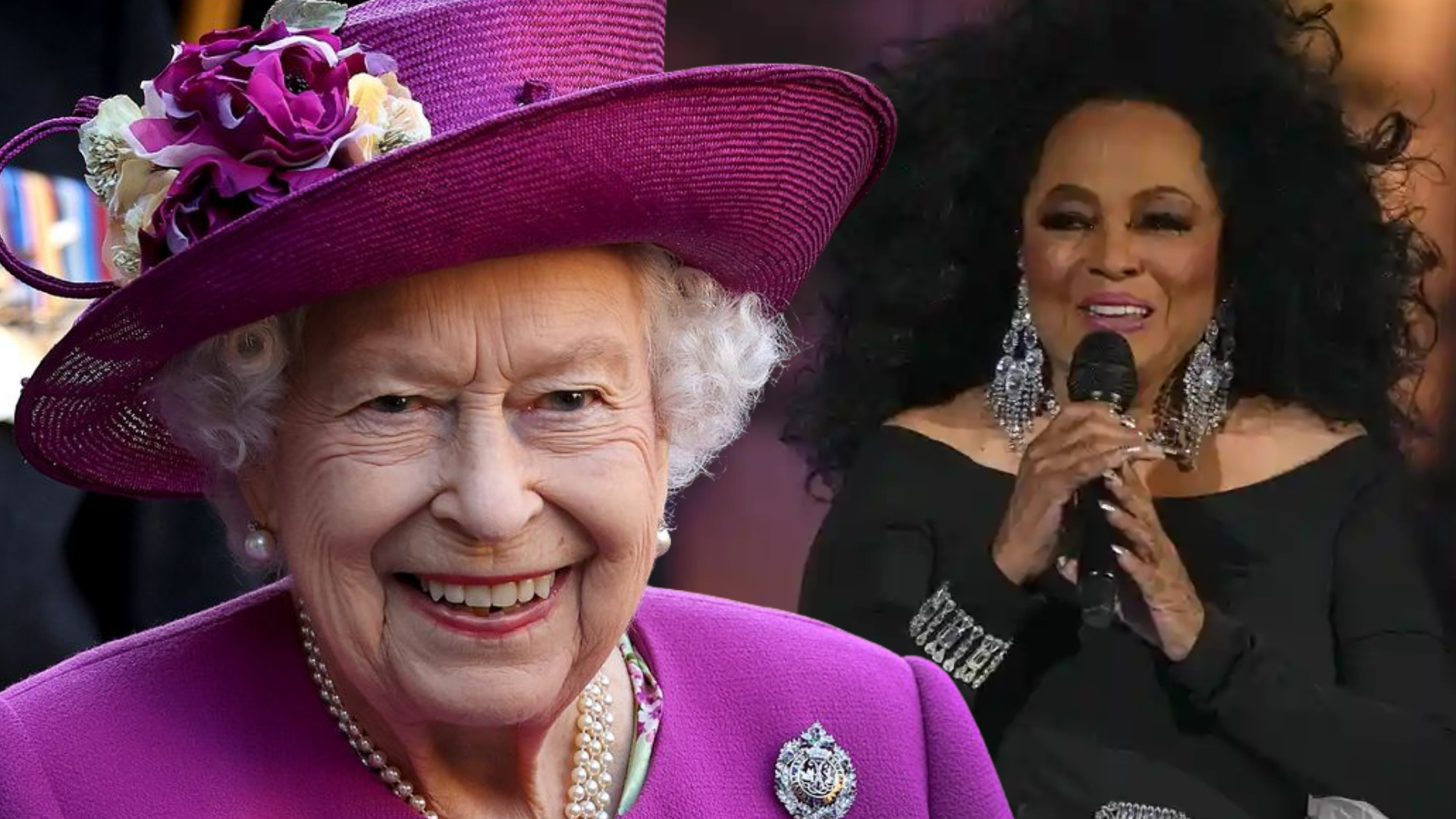 DIANA Ross has closed out the BBC’s Platinum Party at the Palace concert by urging the crowd of spectators to thank the Queen for her service.

Introduced by comedian Lee Mack, the 78-year-old soul singer took to the stage dressed in a white and black tiered voluminous dress with silver jewellery.

She delivered a selection of her hit songs, opening with Chain Reaction as an image of a disco ball was projected onto Buckingham Palace.

The singer followed the performance by delivering a message for the Queen, saying: “Hello, from all the people here tonight, and millions watching around the world, we have one simple message to you: Thank you.”

She then sang her song Thank You as projections of the words ‘Thank You’ and ‘Love’ flashed onto the Palace behind her.

Ross closed the set with No Mountain High Enough while accompanied by a choir and orchestra.

The projection was changed to that of a Union Jack during the song as the Prince of Wales was seen clapping while the Duchess of Cornwall waved a flag.

At the end of the song, she said: “I am in admiration of you, Your Majesty.

“I am so proud and pleased to be here to share this evening with you, and I know you all feel the same”.

She closed the show by urging everyone in the crowd to shout “thank you” to the Queen, which was followed by rounds of applause.

The special jubilee event, which was held outside Buckingham Palace, also featured a star-studded line-up with performances from Duran Duran, Craig David, Alicia Keys and Sir Rod Stewart among others.

Queen + Adam Lambert opened the concert with a selection of their classic hit songs including We Will Rock You, Don’t Stop Me Now and We Are The Champions.