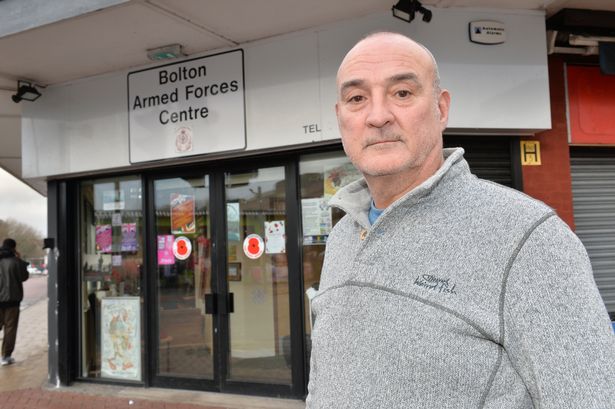 BRITAIN’S war heroes are being forgotten by the Government after leaving service according to an investigation by The Sunday People.

The investigation said at least 13,000 veterans are HOMELESS and the figure is a record high.

Military charities said the Government is failing those who risk their lives for Queen and country.

THE CRISIS GETS WORSE EVERY MONTH

Les Standish, who won the Military Medal in the Falklands War, said: “The Government has let these people down. These men and women were willing to fight and lay down their lives for this country and the only help available to them is from charities. 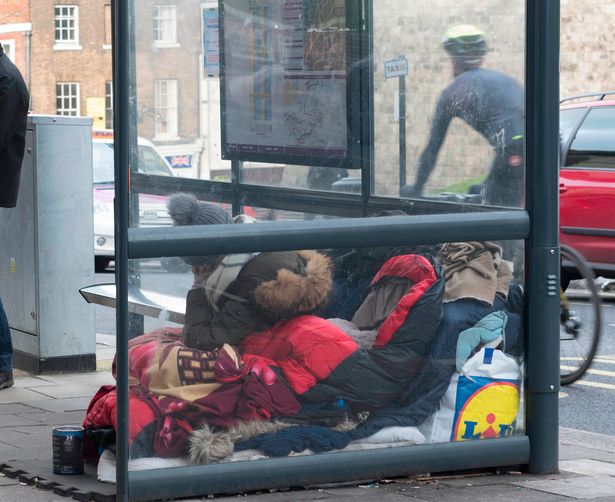 “The Government needs to do more for them. It’s a disgrace.”

“Les, who was honoured for his heroics in the 1982 Battle of Goose Green, was homeless for six months after suffering post-traumatic stress disorder .”

The 56-year-old says during his time on the streets and since, he has met hundreds of veterans, from the Falklands campaign through to more recent conflicts, including those in Iraq and Afghanistan. Many are reduced to sleeping in doorways, bus stops and parks, ­begging from passers-by.

And almost all are struggling with the devastating affects of PTSD, which often leads to other problems, including addictions to drugs and alcohol.

“All of the homeless veterans I met had PTSD and were in need of help,” said Les, a former member of 2 Para who ­became a prison officer.

Describing his own ordeal, the Bolton Armed Forces Centre ­volunteer said: “I could see the faces of the men I had killed and would wake up screaming, soaked in sweat.

“I became too scared to go to sleep and began drinking heavily. I was medically retired form the prison ­service. My world collapsed and I was homeless. I slept in my van for six months and felt unable to talk to anyone. But eventually I got help.”

She said: “Homelessness among the veterans community is getting worse by the month. The youngest we have dealt with is an 18-year-old and the oldest is 97. And we helped people of every age in between.”

Cait was diagnosed with PTSD 20 years after her entire command was wiped out in the 1994 Mull of Kintyre helicopter disaster.

She said: “When I left the Army in 1997 I was a single mum. I had nowhere to live and a child to look after. I felt as though I had somehow failed. I was eventually given help and got my life back together.

“But I received no help from the armed forces. It was from charities and friends.”

Northern Ireland veteran Tony Hayes, 58, is now the chief ­executive of Veteran Assistance UK, a charity helping homeless ex-­servicemen and women and those who are ­struggling with PTSD.

He said: “Nearly all the homeless veterans we come across have PTSD or some form of mental health ­problem. Once they leave the Army, they loose their support structure.

“Those suffering from PTSD will often turn to drink and that can have an impact on the marriage and in a short period of time a veteran can find himself homeless.

“We estimate 13,000 but we ­believe it’s an ­accurate figure from what our outreach teams are seeing.

“From our ­experience, the problem of homeless veterans has never been greater. I’d say 13,000 is a minimum – it could be far higher.”

Charity bosses say the problem has been made worse by cuts to the armed forces, which has led to almost 30,000 troops losing their jobs since 2010.

Homeless numbers have soared, despite the Government outlining its duty to serving and former personnel by enshrining the Armed Forces Covenant in law in 2011.

The covenant says veterans “should have priority status in applying for Government-sponsored affordable housing schemes, and service leavers should retain this status for a period of discharge”.

And it adds: “Support should be available for all service personnel in order to assist their transition from ­service to ­civilian life.”

But he was left homeless for two months in 2016 ­after his long-term relationship ­buckled under the strain of his PTSD and he turned to alcohol.

The dad-of-three, who joined the Army at 16, said: “For years all I’d known in the military was flight or fight mode. Then adjusting to civilian life while suffering flashbacks and ­nightmares was so hard.

“Soldiers are strong and asking for help felt like weakness. I refused to acknowledge my mental health issues and my life spiralled out of control.

“Before I knew it I lost everything – and becoming homeless to me felt like hitting rock-bottom.”

Craig, from Corringham, Essex, added: “I thought I was fine, but I was drinking to self-medicate.

“My partner said I needed to get help after I lost it with her a couple of times.”

Craig contacted the helpline for veteran charity Combat Stress and went to a support group to tackle his drinking. Soon after, he was diagnosed with PTSD and began treatment – but his relationship broke down.

He said: “My partner changed the locks after I had a huge bust-up and spent a night in a police cell. I slept in my car or an old mate’s sofa for two months after that.

“It was demeaning and a ­horrible blur for me, especially after feeling so powerful and respected in the military. The stress of the situation made my symptoms worse, the flashbacks and nightmares were worse and they ­became more frequent.

“Luckily, my friends and family were very supportive.

“But if I had acknowledged my issue sooner I would maybe have avoided losing my home and partner.”

Craig also had intensive PTSD ­recovery courses through Combat Stress to manage his condition. During occupational therapy he discovered a love of pottery, which helped him.

He added: “I want to tell other ­soldiers to know real strength comes from admitting you have a problem.”

The Ministry of Defence said: “We provide extensive help to veterans and their families, including funding the Veterans’ Gateway.

“The Government is spending more than £1billion to prevent homelessness and rough sleeping.”

ARTICLE COURTESY OF THE SUNDAY PEOPLE

SCHOOL FOR STAMMERERS: Speaking is something most of us take for granted, but for people like me, they don’t have that luxury