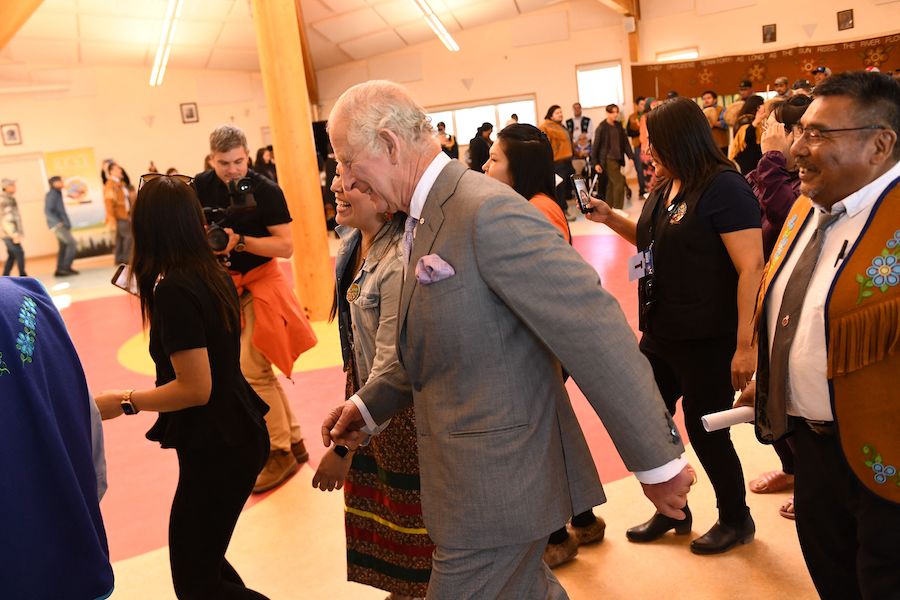 PRINCE Charles busted some moves as he took part in the 1,000-year-old traditional Dene Drum Dance in Yellowknife, the capital of Canada’s Northwest Territories.

The Prince of Wales spoke to Chief Edward Sangris and Chief Fred Sangris in private about issues affecting indigenous people on his trip to see the Yellowknives Dene First Nation Leadership at the Chief Drygeese Government Building in Detta.

Charles was then happily coaxed by the chiefs to participate in a conga-style dance.

He smiled as dancers took selfies while the line wound itself in a circle around the room.

Jennifer Drygeese, 67, said afterwards: “He was really good, he had rhythm. He really looked like he enjoyed himself.

“It means a lot to us. He just got up and danced. He looked like he has done it before.”

Chief Edward said: “It was awesome. He fitted right in. It shows he really does care about the community.”

The dance, which consists of drumming and singing, is performed at most gatherings and celebrations.

The drummers sing and play their caribou hide drums in a rhythmic beat while dancing around in a clockwise direction to follow the direction of the sun.

Charles also gave the chiefs two bird boxes from his home at Highgrove.