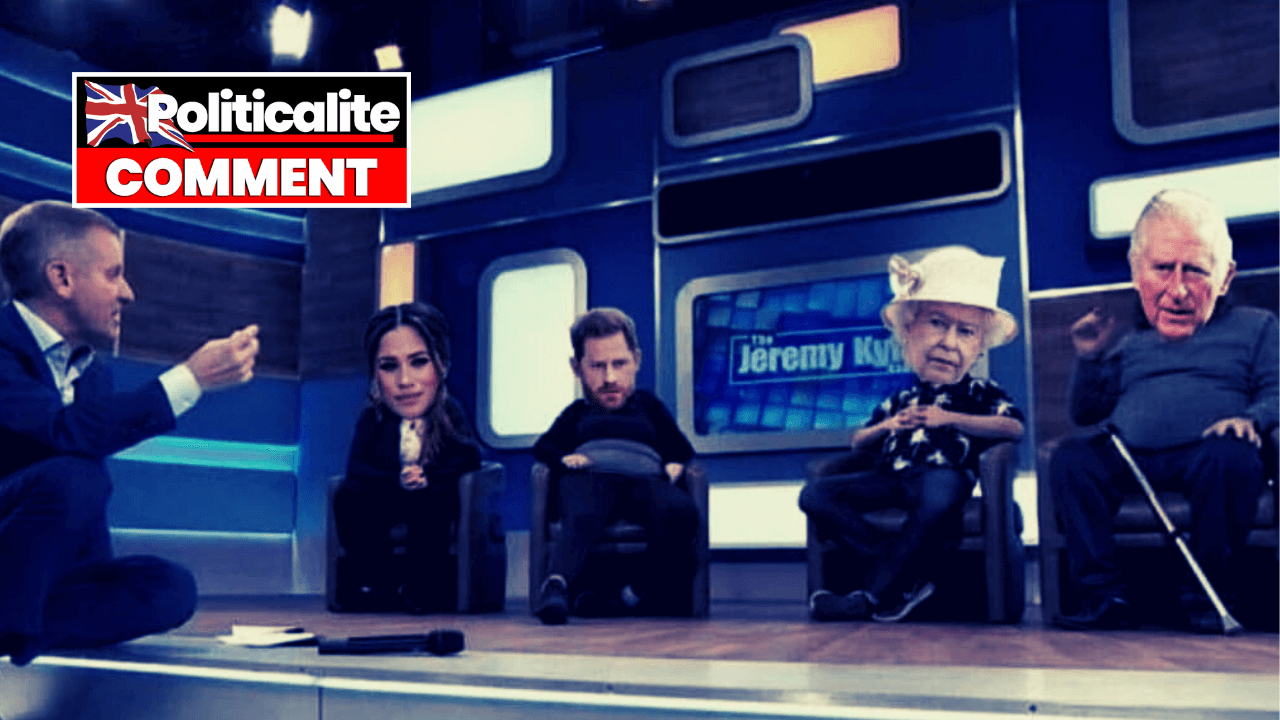 THE AMERICANS gained independence following the Tea Act by the British in the 1770s – and now an American actress who married a British prince spilt the tea on the Royal Family, only this time there will be no revolution.

In 1936 another American divorcee also caused a Royal Crisis that has haunted Queen Elizabeth during her epic sixty-nine-year reign; only the Windsors feared the worst, rather than embracing that all-American trait of ‘positivity’.

Queen Elizabeth, 96 responded to the drama last night amid a Royal crisis that has been likened to the 1995 Princess Diana interview and the 1936 Abdication. She responded like a Grandma and said she was “saddened” at the experiences of Meg and Harry, and vowed to work it out.

Britain is mostly divided over the row, and some see it as a victory for Princess Di and Harry – who both never really fitted in to ‘The Firm’. Still, many are lapping up the hot Royal drama better than any soap opera.

The Oprah Winfrey scoop has all the hallmarks of a tabloid talk show; even ‘British Oprah’ Trisha Goddard waded in on the row telling axed Good Morning Britain host he had no right to dismiss Meg’s racism claims.

“I’m sorry, Piers – you don’t get to call out what is and isn’t racism against Black people. I’ll leave you to call out all the other stuff you want, but leave the racism stuff to us, eh?” Said Goddard, 63, who is set to return to daytime ITV later this year.

The Royals have spent the past few weeks fearing the worst since THAT interview was announced, but they needn’t have worried about this salacious episode of The Royal Jeremy Kyle Show.

Just like millions of families up and down the country, The Windsors face family quarrels, arguments and drama; they have for generations.

If the Royals can survive the Abdication, Annus horribilis and the tragic death of Princess Diana, they’ will survive anything.

The Firm will remain firmly at the centre of British culture, and life.

God Save The Drama Queens.