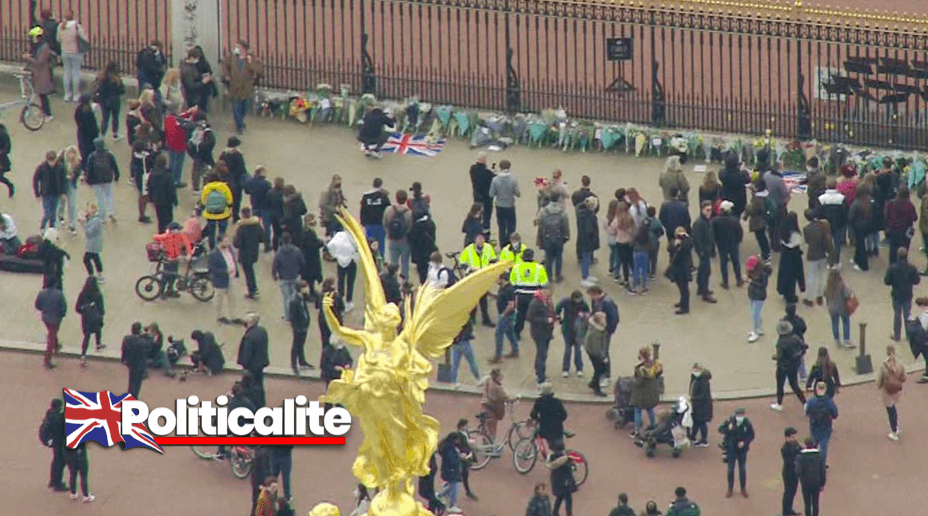 CROWDS are flocking to the gates of Buckingham Palace to pay respects to the Duke of Edinburgh hours after his death was formally announced.

As the Union flag flew at half-mast on the palace, hundreds of people gathered to lay flowers for Philip and read the framed plaque palace staff had placed on the gates announcing his death on Friday.

After several visitors queued to view the plaque, royal staff removed it so that it would not encourage a large congregation at the gate in breach of coronavirus safety regulations.

Members of the public were told to wear a mask and line up behind a barrier to view the sign in the hour before it was removed.

The Government later urged people not to gather at Buckingham Palace or Windsor Castle in breach of coronavirus regulations.

Maximilien Roesner, 24, who works for a manufacturer of medical equipment and PPE in London, said he was “absolutely saddened” to hear about Philip’s death, but added the crowd at the palace gates “shows what the monarchy really means to people”.

Mr Roesner, who laid a large bouquet of red roses beside the front gates, said: “I’m absolutely saddened, I think he was a true inspiration not only to his generation, but to our generation, to my generation, and it is a very sad day.

“He lived a life dedicated to service to the United Kingdom, and I think he is one the strongest men and a truly inspirational person.” 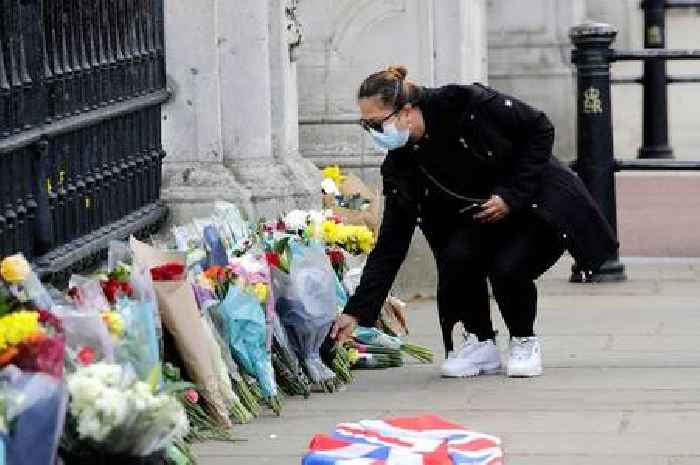 Mr Roesner, who is from Germany but lives in London, added: “The United Kingdom is represented so well by this family… and I think just looking here how many people are coming and how many people are saddened to hear the passing of Prince Philip just shows what the monarchy really means to people.”

George Colvin-Slee, 28, said Philip’s legacy will “loom large in our popular memories for many years to come”.

Mr Colvin-Slee, who came from his office on The Mall near the palace when he heard the news of the duke’s death, said: “It’s obviously a very sad day for the country and for the Commonwealth as well, a man who has dedicated his life to the service of the nation and I’m sure he will loom large in our popular memories for many years to come.

“He’s a very colourful figure in our national life, and we would be something less without him.

“But the royal family are very resilient, we’ve had many deaths of high-profile figures in the family before and I’m sure that they will continue on dutifully as they always have done.”

One mourner, who gave her name only as Christine, said she thought it would be “very difficult” for the Queen following the death of the Duke of Edinburgh.

The 81-year-old told Politicalite s agency: “I think he will be remembered as someone who has given a great deal to our country. 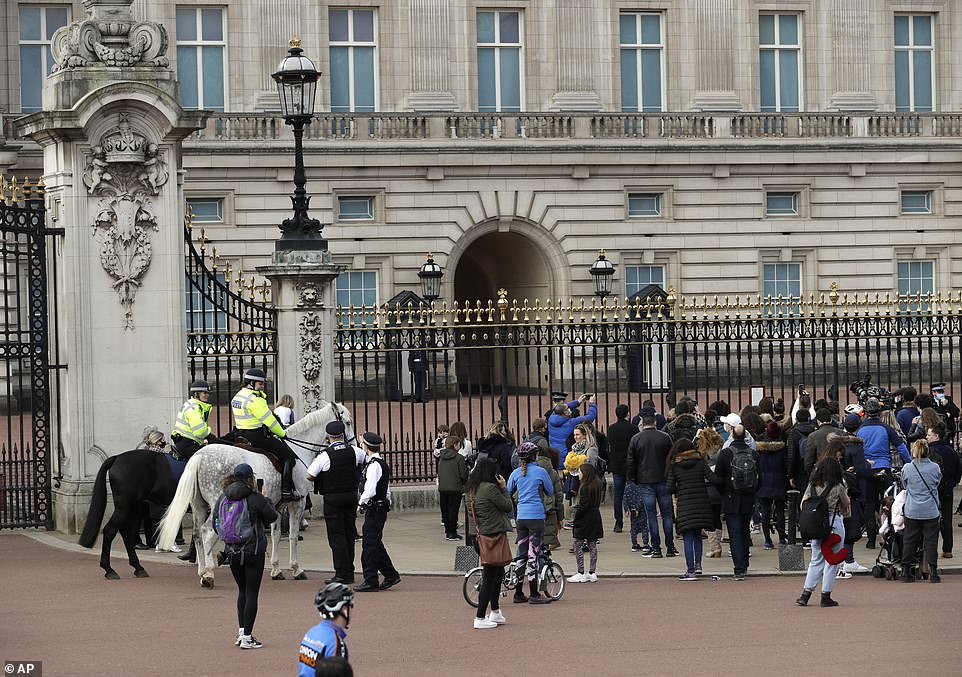 “Not just the country, but the Commonwealth, the world, and above all, to his wonderful wife the Queen, supporting her.

“It will be very difficult for her. One wouldn’t really know, she will be feeling very sad, she is going through thoughts – who knows?

“Nobody will know because it will be very private, but one knows what it feels like to lose somebody.”

Elizabeth MacDonald, 41, who visited the palace with her two young children and husband, said: “I feel incredibly sad, I mean he’s 99, he’s had such a long life and I feel really sad for their partnership.

“I think people will be really sad for the Queen, that she’s lost him and I think as a whole there will be some worry about the monarchy and what happens to it from this point on.

“I was just saying to my children, the last time a reigning monarch lost their partner was Queen Victoria, so it’s something they won’t necessarily see again in their lifetime.”

Helen Snowdon, 59, expressed her condolences for the royal family and remembered the duke’s “very good sense of humour”.

Ms Snowdon, a housewife from Warwickshire who was visiting her daughter in London, said: “I felt really upset because they’re part of our history, so I just wanted to come down with my daughter and just pay our respects and lay some flowers.

“I feel very sad for the royal family and the Queen and my condolences go out to them.

“So yes this is a historical day because I think the Queen and the royal family are great for this country and Prince Philip has been a great support to the Queen for many years.

“I think a lot of the British public and people across the world do, so it’s good to pay our respects to him.

“He also was very funny, he had a very good sense of humour – he always made me laugh.”