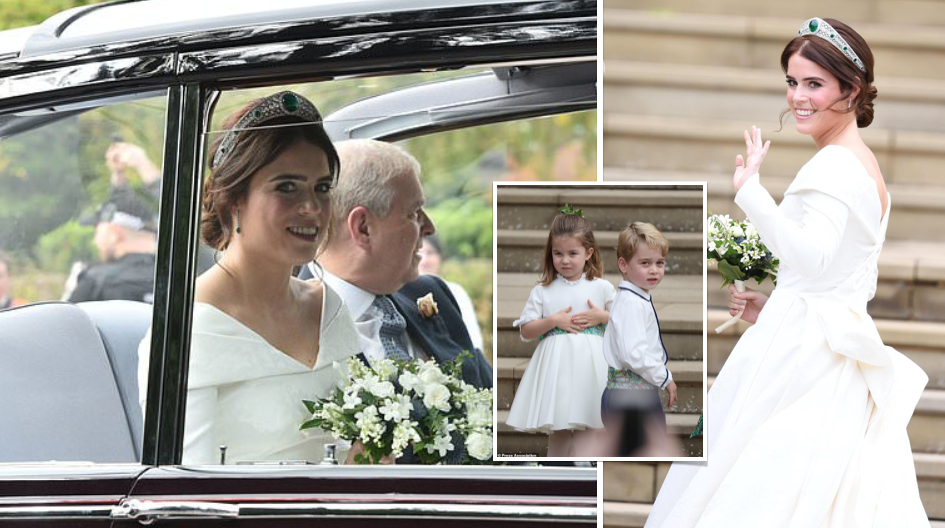 PRINCESS Eugenie has arrived at St Geroge’s Chapel in the grounds of Windsor Castle in a stunning white dress designed by British based designer Peter Pilotto and Christopher De Vos, Buckingham Palace said.

As the blushing bride arrived there were cheers outside the chapel and Eugenie waved to the crowds. 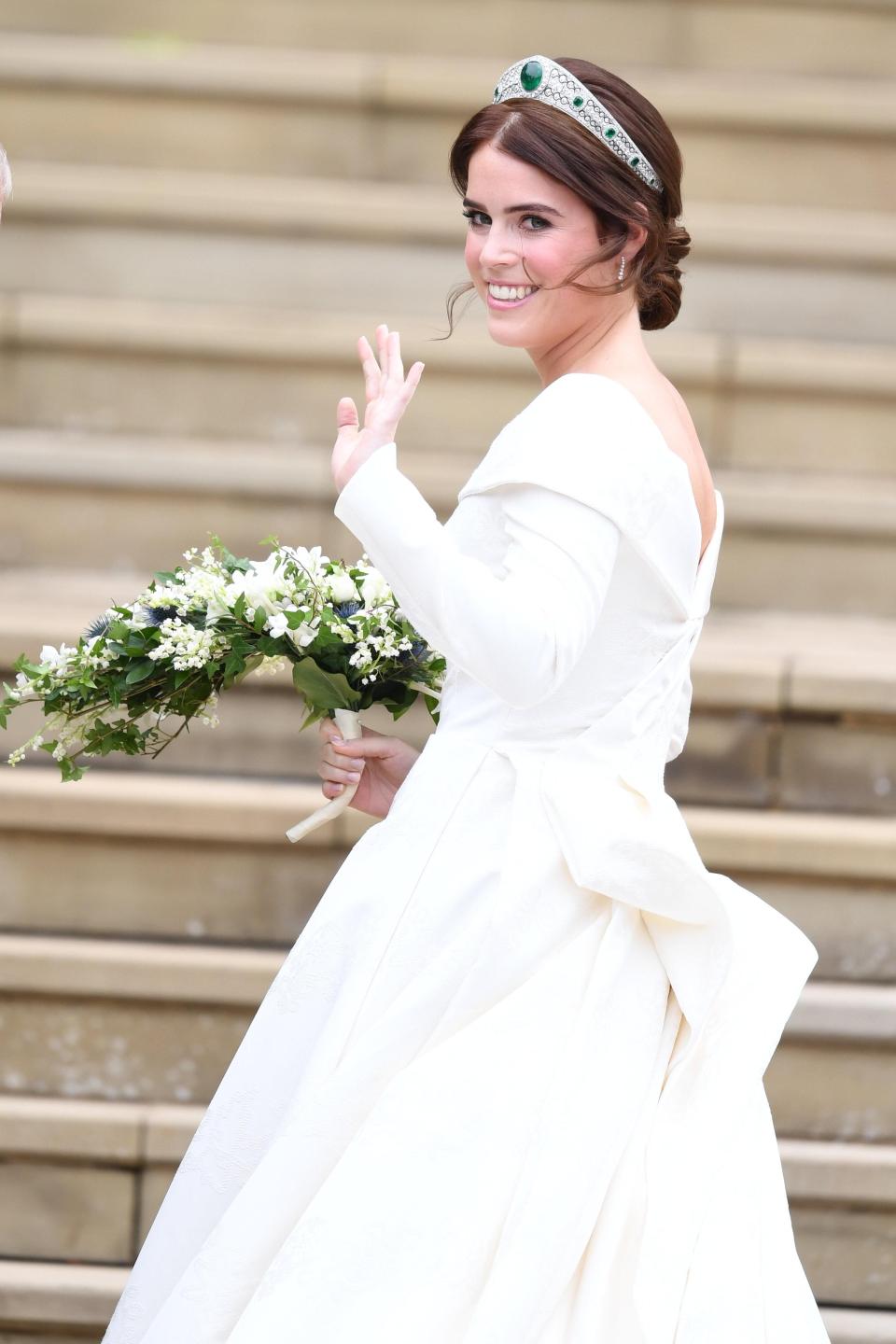 Her white gown had a shawl collar, which dipped at the back, exposing her shoulder blades.

She was escorted by her father the Duke of York. 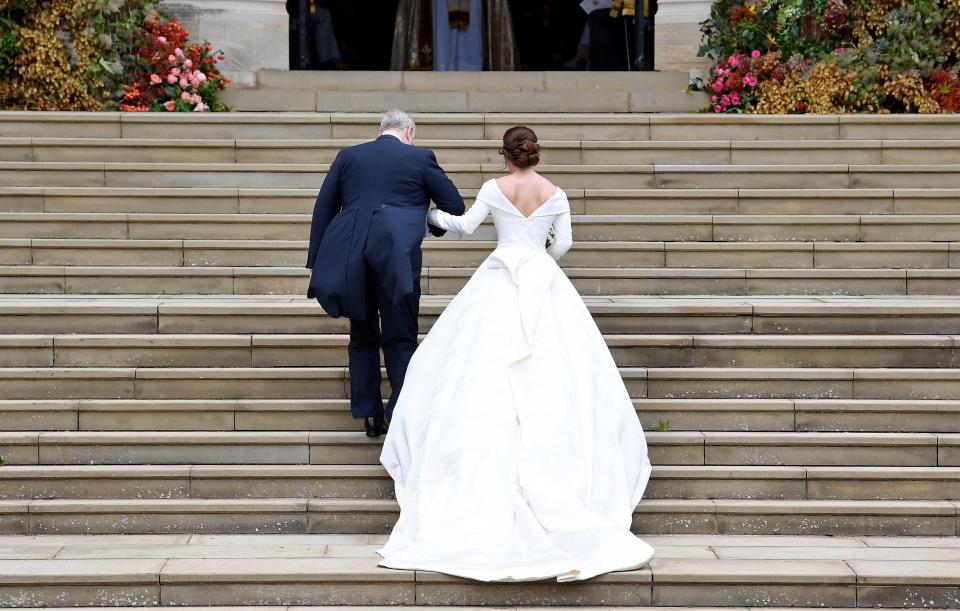 The groom couldn’t take his eyes off the beautiful bride, telling her “you look perfect” after she walked down the aisle.

The 32-year-old appeared teary-eyed as he met the royal princess at the altar, with lipreaders saying he told her: “Oh… my heart… Oh break me heart”.

The dress also included a number of symbols that are meaningful to Princess Eugenie as motifs, including a thistle for Scotland acknowledging the couple’s fondness for Balmoral, a shamrock for Ireland as a nod to the bride’s Ferguson family, and the York Rose and ivy representing the couple’s home. 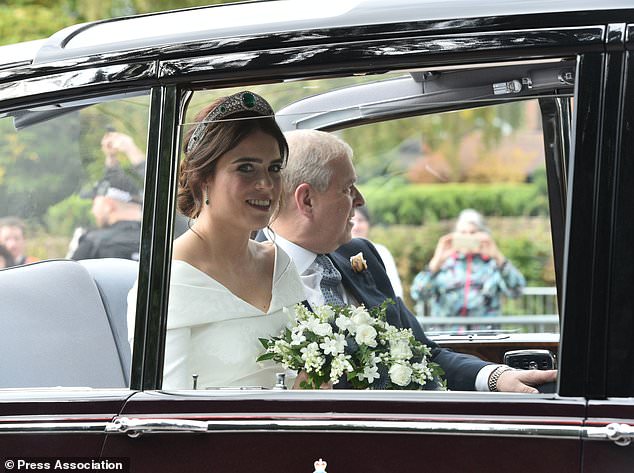 Eugenie also wore the Greville Emerald Kokoshnik Tiara, made in 1919 in the fashionable “kokoshnik” style popularised in the Russian Imperial Court, which has been lent to her by the Queen.

She also wore diamond and emerald drop ear-rings, a wedding gift from the groom, and satin peep-toe heels by Charlotte Olympia.

HM The Queen wore an Angela Kelly coat, dress and hat – an ice blue cashmere coat with large gold and diamond buttons and an ice blue and peach scalloped lame dress. She was followed into the chapel by the Duke of Edinburgh. 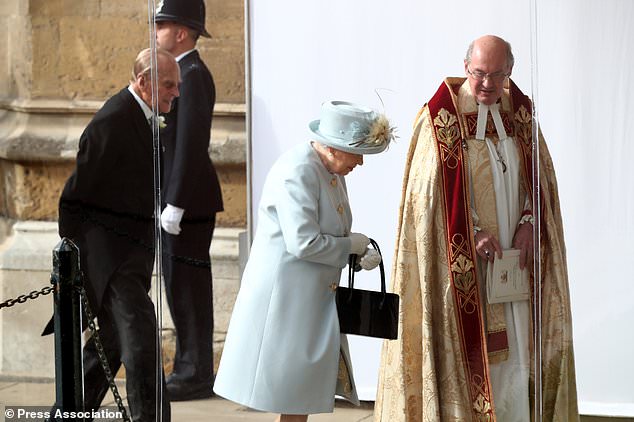 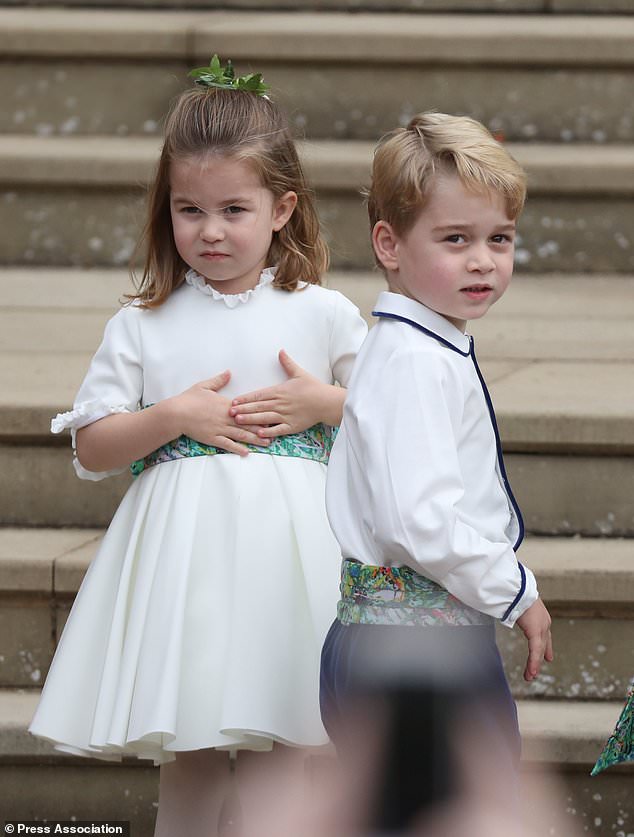 Along with Teddy Williams, Maud Windsor, who is Eugenie’s goddaughter and the daughter of Lord Frederick Windsor and his actress wife Sophie Winkleman, is also a bridesmaid. 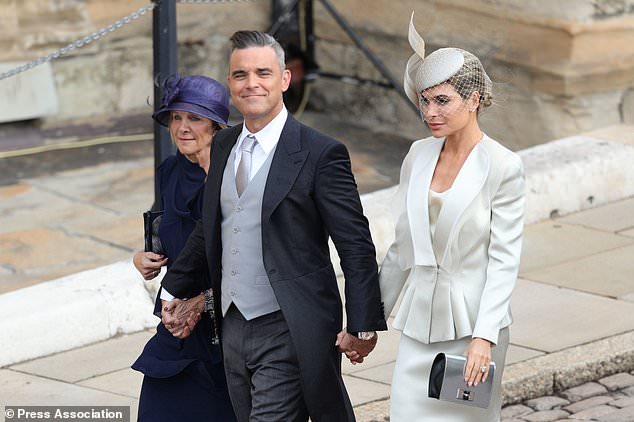 Louis took a small tumble as he walked up the steps. 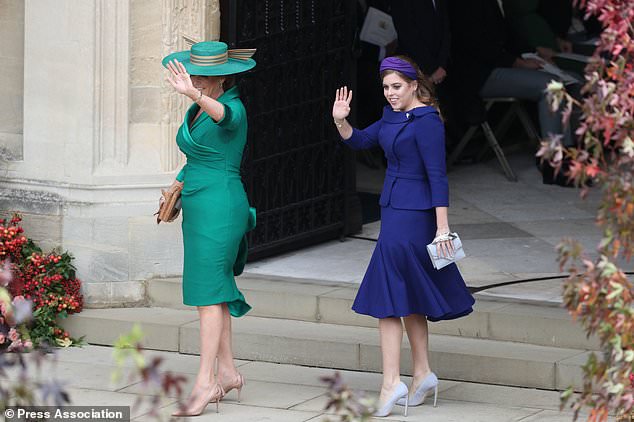 Her bag was carried by her late mother Susan Barrantes at the duchess’s 1986 wedding to the Duke of York.

Maid of Honour Princess Beatrice is wearing a royal blue outfit by Ralph and Russo and a headband style hat by Sarah Cant. 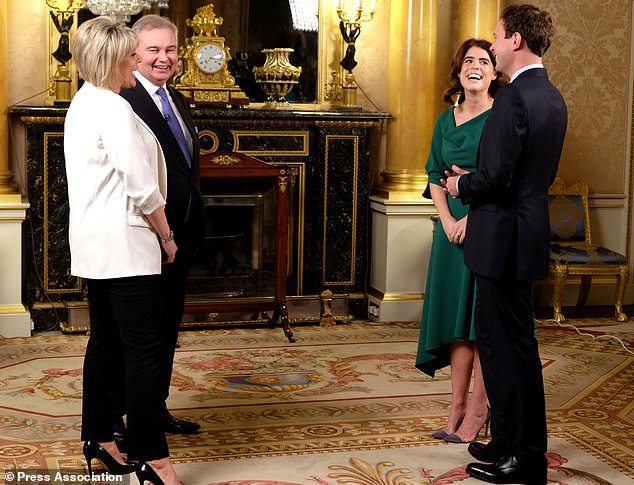 In a TV interview with This Morning’s Eamonn and Ruth ahead of the big day, Jack paid tribute to his future wife, calling her a “bright shining light”.

Eugenie told ITV that her “humble and generous” husband-to-be had the ability to “make everyone feel so special”.