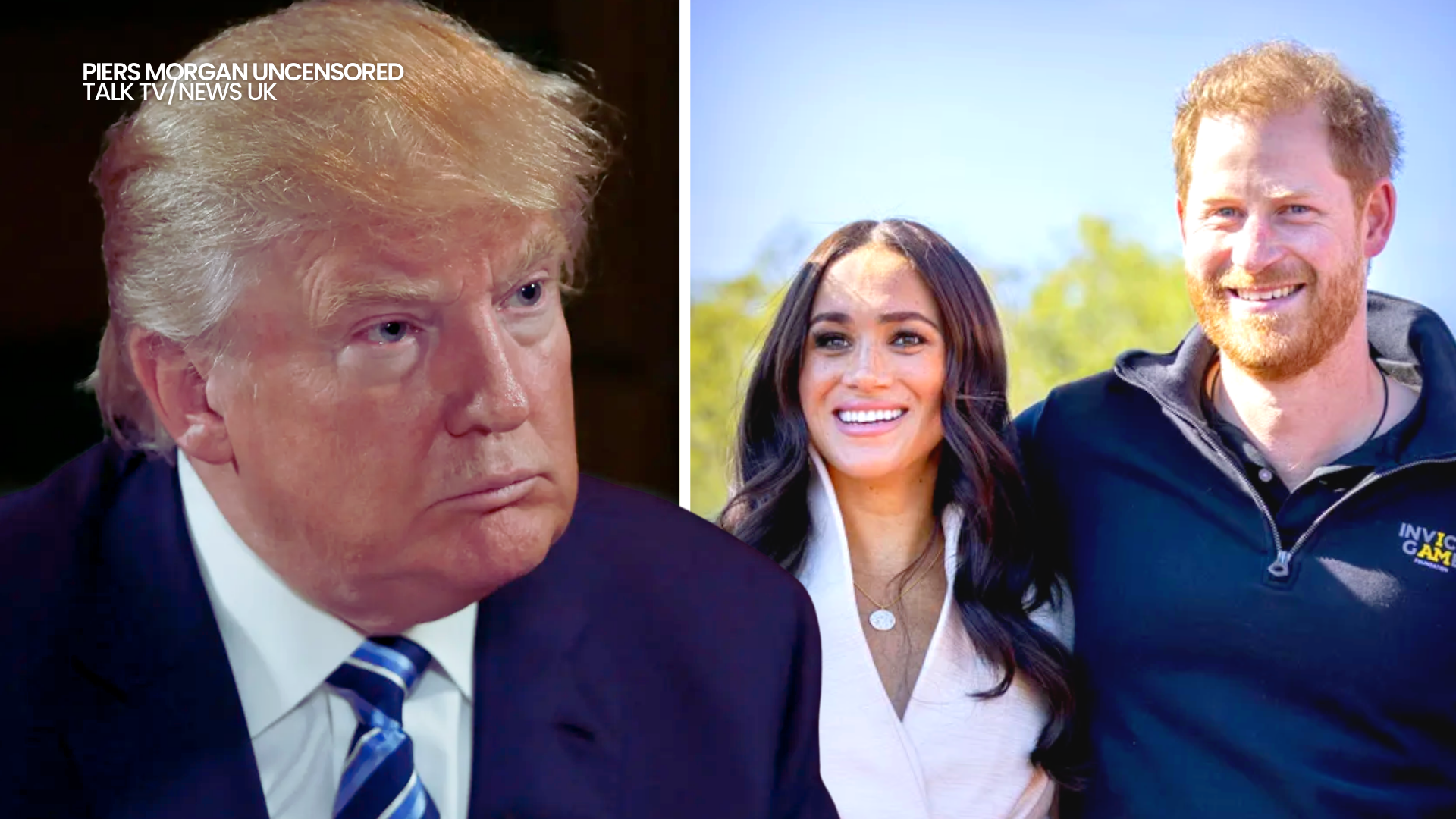 FORMER President Donald J. Trump has claimed that Prince Harry’s marriage to Meghan Markle “will end” – in bombshell comments to be broadcast Monday night on Piers Morgan Uncensored on TalkTV.

Mr Trump branded the Duke of Sussex “an embarrassment” for turning his back on the Royal Family and the Queen and claimed the runaway royal’s turbulent marriage to Meghan Markle will have a “bad” ending.

The New York Post reported that Trump maintained that Harry “is being led around by his nose” by his ex-actress wife.

“Harry is whipped. Do you know the expression?” Trump asked Morgan during the sit-down.

“I won’t use the full expression but Harry is whipped like no other person I think I’ve seen,” the former president said.

“I think poor Harry is being led around by his nose. And I think he’s an embarrassment.”

“And I think she spoke badly of the royal family but in particular the Queen.”

Trump, who met the Queen when he was in the White House, said the two got along “famously.”

INSIDE MORGAN AND MEGS CELEB WAR OF THE DECADE

PIERS Morgan has branded his departure from ITV over comments about Meghan Markle a “farce” ahead of the launch of Rupert Murdoch’s explosive new news channel TalkTV that hits TV screens on Monday at 7pm.

Piers Morgan says his departure from ITV over comments about the Duchess of Sussex was a `farce´ as he prepares to launch news channel TalkTV.