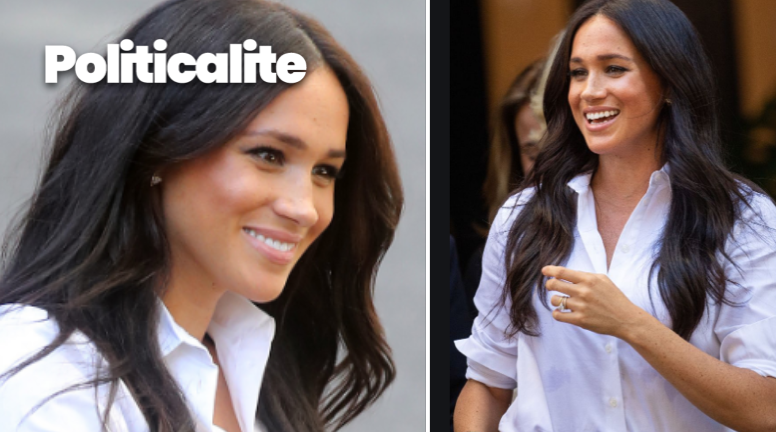 HER ROYAL Highness the Duchess of Sussex launched a new charity clothing collection to help Britain’s Unemployed at one of Britain’s most popular high-street stores today.

Meg stepped out wearing her new charity clothing collection and urged women to “champion each other so we aim to succeed”. 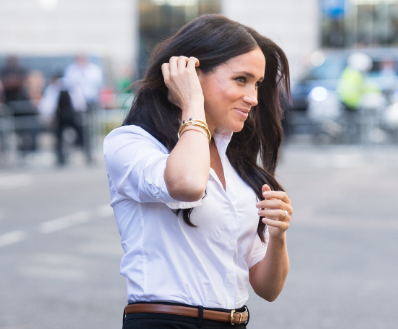 The clothing range will help train and dress unemployed women for interviews via the charity Smart Works.

She launched the range at John Lewis flagship London store.

Meg said that the community project reflected the work of her and husband Harry would be doing in the future when their highly anticipated Sussex Royal foundation was officially launched in 2020. 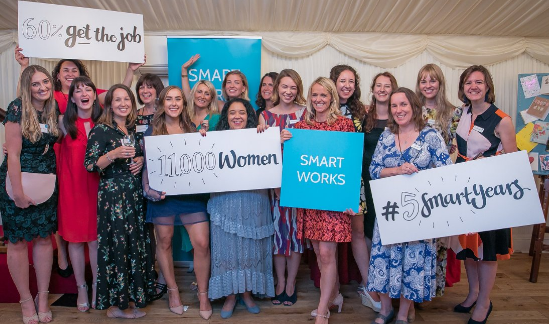 The engagement was the first since the birth of her son Archie who was born in May, after the event Meg said: “I’ve got to get back to the baby – it’s feeding time.”

Speaking at John Lewis’s flagship Oxford Street store in London, one of the project’s retail partners, Meghan laughed as she told guests she was made aware as she arrived that the tote bag had sold out, adding: “So that’s great.”

The duchess said the project would see an item from the range donated to the charity Smart Works for each one bought by a shopper. 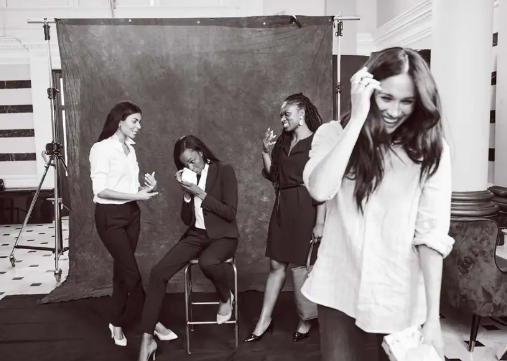 She went on to speak about the ethos behind the initiative: “As women, it is 100% our responsibility, I think, to support and up-lift each other.

“To champion each other so we aim to succeed, to not set each other up for failure, but instead to really be there rallying round each other and say ‘I want to help you’.

“And you may not ever meet that person, but you know when you put on that blazer or that shirt, or you carry that tote or put on those trousers and that dress, that some other woman on the other side of this country is wearing that piece because you made that purchase.”

The collection includes workwear essentials from an elegant blazer and well-cut trousers by Jigsaw, to a tote bag which fits all the essentials needed for an interview from John Lewis & Partners.

A classic dress, flattering to all sizes, from Marks & Spencer, and a crisp white shirt from the womenswear designer and the duchess’s friend Misha Nonoo.
Meghan wore the blouse created by her friend, who is known for her white tailored shirts, and a pair of the trousers by Jigsaw.

When she met Jigsaw’s chief executive Toby Foreman he complimented her on the trousers, saying “they look fantastic”, and the duchess replied “thank you, they’re comfortable”.

Meghan finished off her look with a pair of butterfly earrings that belonged to Harry’s mother, Diana, Princess of Wales.