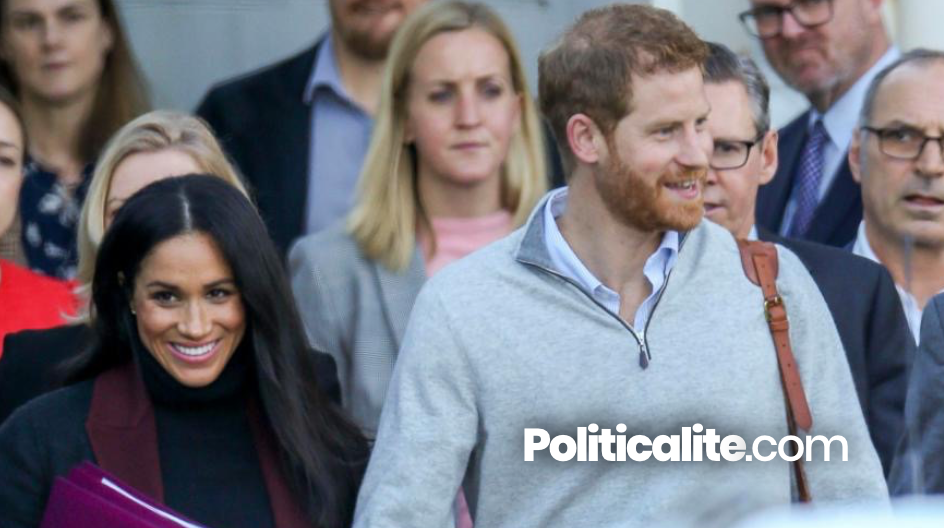 MEGHAN Markle and Prince Harry have revealed that they are expecting a little bundle of royal joy in Spring 2019.

As they touched down in Sydney as part of the start of a Royal Tour down under, Kensington Palace announced the wonderful news.

Prince Harry, 34, and Meghan, 37, have been trying to keep the news under wraps but according to reports the rumours were going into overdrive.

Speculation was rife as Meg was seen holding several purple folders to her stomach to hide her bump.

“Their Royal Highnesses have appreciated all of the support they have received from people around the world since their wedding in May and are delighted to be able to share this happy news with the public.”

The news comes almost five months to the day that they were married at Windsor Castle to record crowds.

An overjoyed Duke and Duchess of Sussex shared the news with the Queen and Royal Family at Princess Eugenie’s wedding.

The baby will be seventh in line to the throne, and the Queen’s eighth great-grandchild.

Speculation grew that Meghan was expecting when she wore a loose fitting Givenchy coat to the service in St George’s Chapel.

Doria Ragland, the duchess’s mother, is “very happy about this lovely news” and “looks forward to welcoming her first grandchild”.