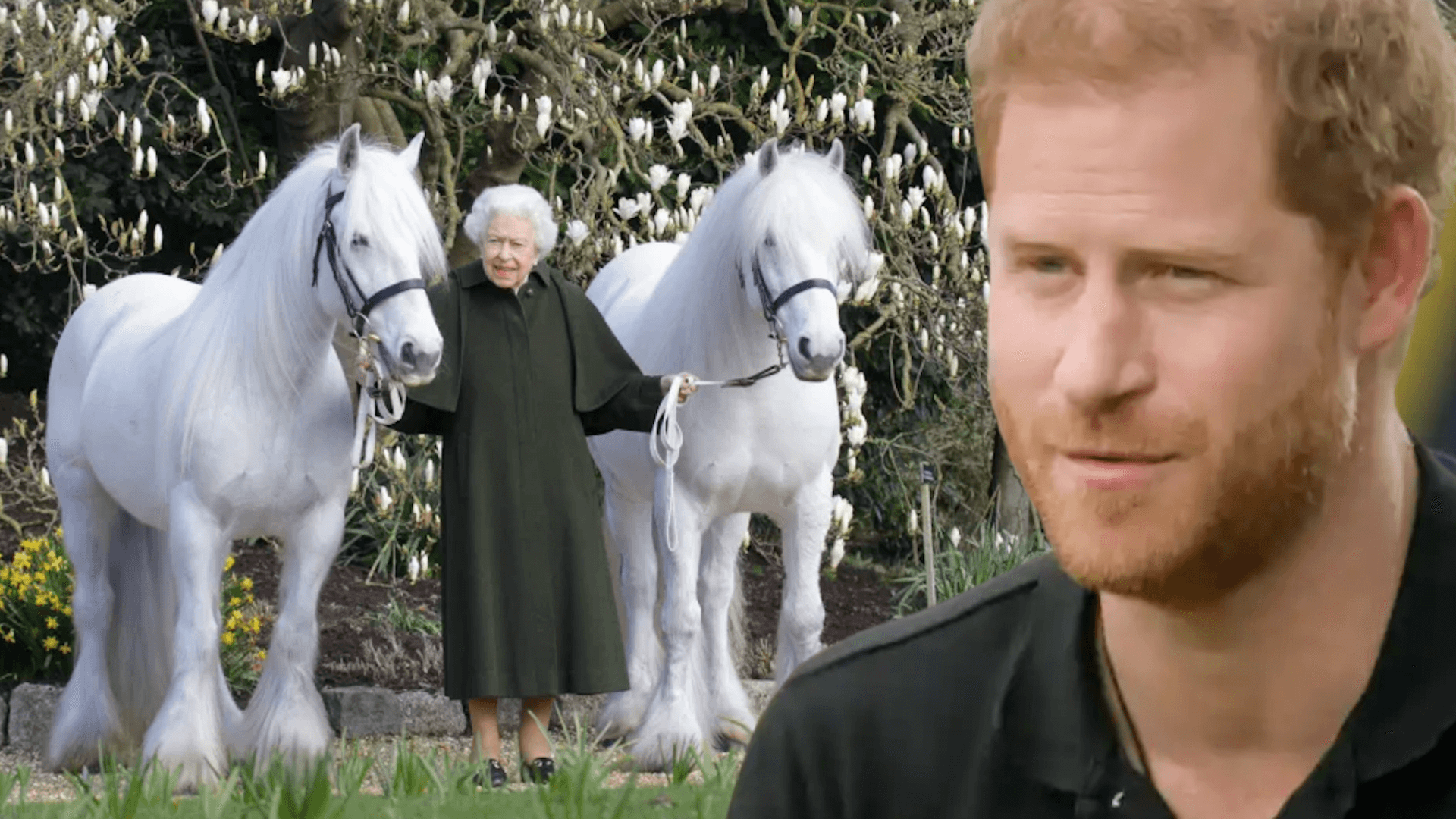 QUEEN Elizabeth was keen to show she was ‘right as reign’ in new Birthday snaps released for her 96th Birthday following concerns Prince Harry raised about ‘the right people being around her’.

Her Maj, 96 was pictured in her element and displayed her indulging in her passion for horses and ponies.

Standing with two of her fell ponies, the Queen was photographed as the build-up begins for the Royal Windsor Horse Show, which commissioned the image.

The pics came after her rebellious grandson, Prince Harry made some bombshell comments to NBC News’ Today Show.

He said that during his and Meghan’s recent meeting at Windsor Castle, the Queen was on “great form” , but sparked fresh controversy with bizarre comments about wanting to make sure that she was “protected” and had “the right people around her”.

One royal expert described him as a “loose cannon”.

An insider told The Sun: “It beggars belief that you’d criticise devoted Royal Household staff who left their loved ones for three weeks at a time during Covid to carry out HMS Bubble and protect the Queen from Covid.”

“Harry is talking to American breakfast television about one short meeting for tea with the Queen — which was the first time in more than two years that both him and Meghan have seen her together.”

“She’s always got a great sense of humour with me and I’m just making sure that she’s protected and got the right people around her.

“Both Meghan and I had tea with her, so it was really nice to catch up with her.” said Hazza.

The Queen travelled from Windsor to her Sandringham estate to stay at a property loved by her late husband, the Duke of Edinburgh, for her birthday.

Queen Elizabeth II has already received birthday wishes from Prime Minister Boris Johnson and Labour leader Sir Keir Starmer, and gun salutes will be fired in her honour on Thursday.

This year the Royal Windsor Horse Show will mark the Platinum Jubilee with A Gallop through History, a spectacular equestrian display showcasing horses from across the globe.

It has been billed as a “personal tribute to our monarchy” and will feature more than 500 horses and more than a thousand performers taking the audience on a journey from Elizabeth I to the Queen.

The new photograph of the Queen was taken in March in the grounds of Windsor Castle by Henry Dallal, who was commissioned to take an official portrait of her to mark her 90th birthday.

On the Queen’s left is the pony Bybeck Nightingale and on her right is Bybeck Katie, and both animals will feature in A Gallop through History.

Her love for the equine world is something she shared with her mother, and she has been breeding and racing horses for more than 60 years.

Thoroughbreds owned by the Queen have won four out of the five flat racing classics – the 1,000 Guineas and 2,000 Guineas, the Oaks and the St Leger – with only the Derby eluding her.

Derby day this year will see the Queen and her family in the royal box at the Epsom Downs Racecourse as part of her Platinum Jubilee celebrations, with three of her horses in contention to be picked for the international event.

Her horse Dunfermline, ridden by jockey Willie Carson, gave the Queen her most famous victory, triumphing in the Oaks and St Leger in her Silver Jubilee year, 1977.

In recent years the Queen made sporting history when she became the first reigning monarch to win Royal Ascot’s Gold Cup, with her thoroughbred Estimate in 2013.