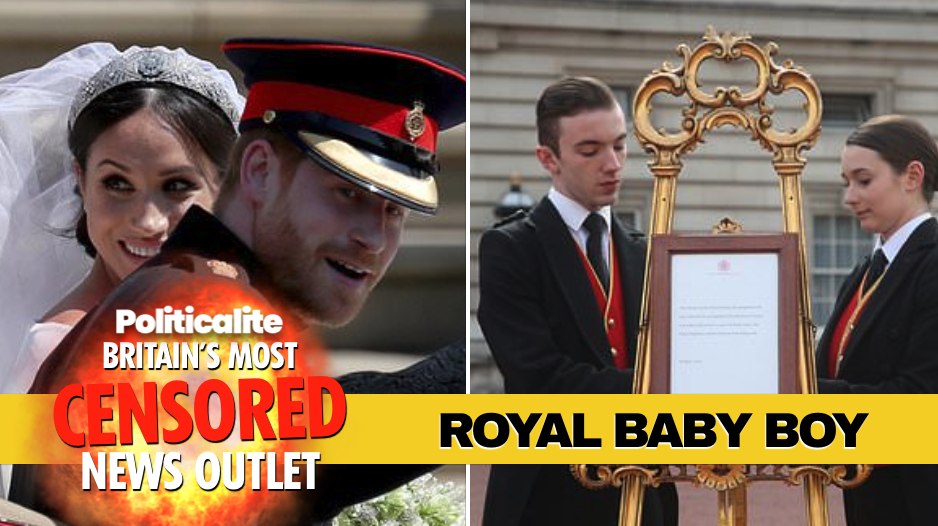 Meghan gave birth at 5.26am and it is believed she had a home birth at Frogmore Cottage in Windsor.

Prince Harry said: “I’m very excited to announce that Meghan and myself had a baby boy earlier this morning, a very healthy boy. 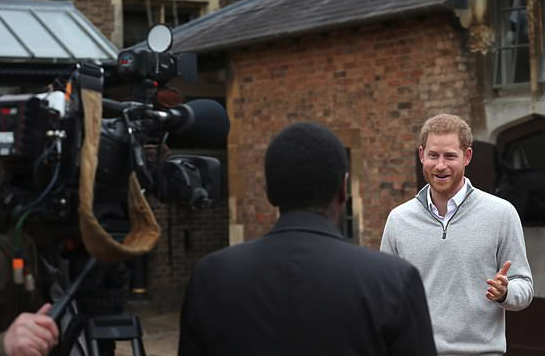 “Mother and baby are doing incredibly well. It’s been the most amazing experience I could ever have possibly imagined.”

He paid tribute to his wife and added of his newborn son: “As every father and parent will ever say, you know, your baby is absolutely amazing, but this little thing is absolutely to-die-for, so I’m just over the moon.”

Harry said that the couple had not yet decided on names. 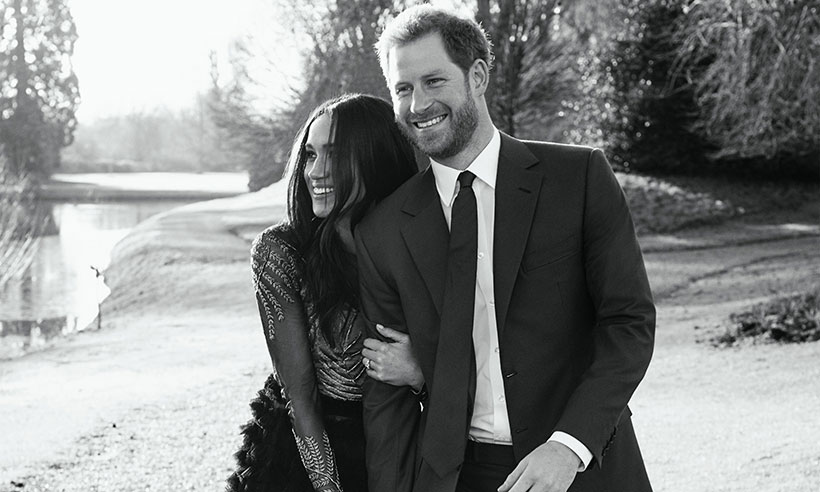 “Still thinking about names. The baby is a little bit overdue so we’ve had a little bit of time to think about it,” Prince Harry added.

According to the bookmakers, Arthur, Philip, Albert, Alexander and James are among the favourites with punters.

Under royal rules, the newborn will not be a Prince, unless Queen Elizabeth makes him one.

In London, Hundreds of onlookers also watched from outside of Buckingham Palace’s gates as the bulletin announcing the birth of the Duke and Duchess of Sussex’s son was unveiled.

The framed message was placed in the forecourt of the palace for well-wishers to read. 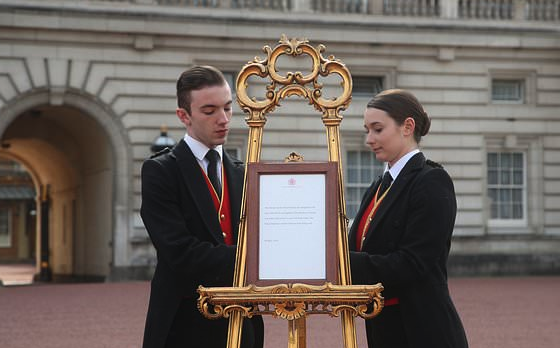 Brought out just after 4.45pm from the Privy Purse Door, the announcement read: “The Queen and the Royal Family are delighted at the news that Her Royal Highness The Duchess of Sussex was safely delivered of a son at 0526am today.

“Her Royal Highness and her child are both doing well.”

Footmen Stephen Kelly and Sarah Thompson carried out the golden easel, followed by the bulletin in a wooden frame.

The palace’s Union Jack flag was also taken down and replaced with a bigger one.

Waiting on the front gates was Jennifer Rice from Tennessee, who was travelling around Europe when she returned to London for the birth.

The 48-year-old said: “I came back specifically for the baby announcement, I went to travel around Italy and France and came back last night when I knew it was getting very close.

We’ve stayed up and watched all of the weddings, (Harry) just seems so real and I love Meghan.

“I think they might do a bit more American, maybe one of the names.

“I’ve never had the desire to come for the birth of the children but now I know it’s part American it’s part of us.

Alice Scammell, from Barnet, had been waiting outside the gates with her two children hoping to get a glimpse of the royal family.

The 26-year-old said: “Someone told us two hours ago that maybe a royal will turn up, we only came out on an outing but we thought we’ve got to get down.

Asked about names, she added: “I think they should call it Christopher, it’s a very official royal name.”