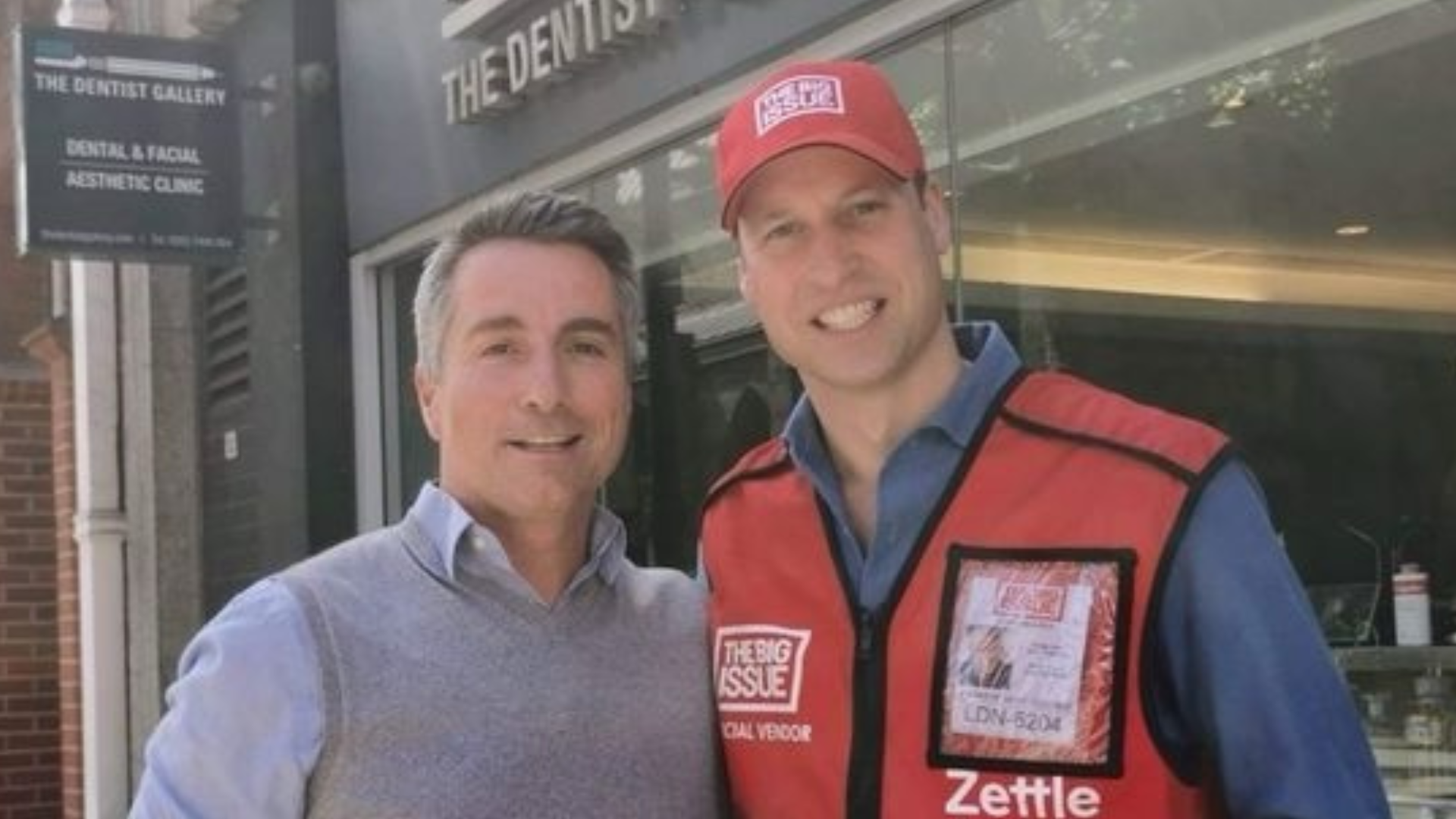 THE FUTURE King has been spotted selling copies of The Big Issue in central London.

Prince William was pictured in an official Big Issue red baseball cap and red gilet-style jacket holding the magazine in the Westminster area of the capital on Wednesday afternoon.

Richard Hannant, a property manager, was on his way back to the office when he spotted the royal among a small group of people in the street.

The 47-year-old, who lives in Bath but works in London, said he tried to take a picture from a distance but then noticed William was walking towards him.

He told reporters: “He was amazing, he was so friendly.”

William asked him if he wanted to buy a copy of The Big Issue and produced a card payment machine when Mr Hannant realised he had no cash.

The low-key appearance was all the more surprising given the four-day Platinum Jubilee celebrations the royal family have just participated in, Mr Hannant said.

He said: “I think what struck me is we’ve just got past a massive Jubilee event and days later he’s out there supporting a charity like Big Issue.

“I think it’s that that I thought was most amazing because one is a worldwide event, this is just a low-key (event), literally standing on the side of the road with a homeless person.

“I was quite amazed that he could go from one massive event to such a low-key thing.”

Mr Hannant told the duke they share the same birthday, June 21, to which William replied “happy birthday”, before the pair got a picture together.

Sharing the pictures on LinkedIn, he wrote: “What an honour to have a private moment with our future king who was humble and working quietly in the background, helping the most needy.”

William has worked to raise awareness of how serious issues such a homelessness can affect young people, according to the Royal Family website.

He is patron of Centrepoint, a national charity providing accommodation and support for socially excluded, homeless young people.

The Big Issue was launched in 1991 in response to the growing number of rough sleepers on the streets of the capital.

It offers people in need the chance to earn an income by selling the magazine to the public.

In this article:featured, Prince William, Royals