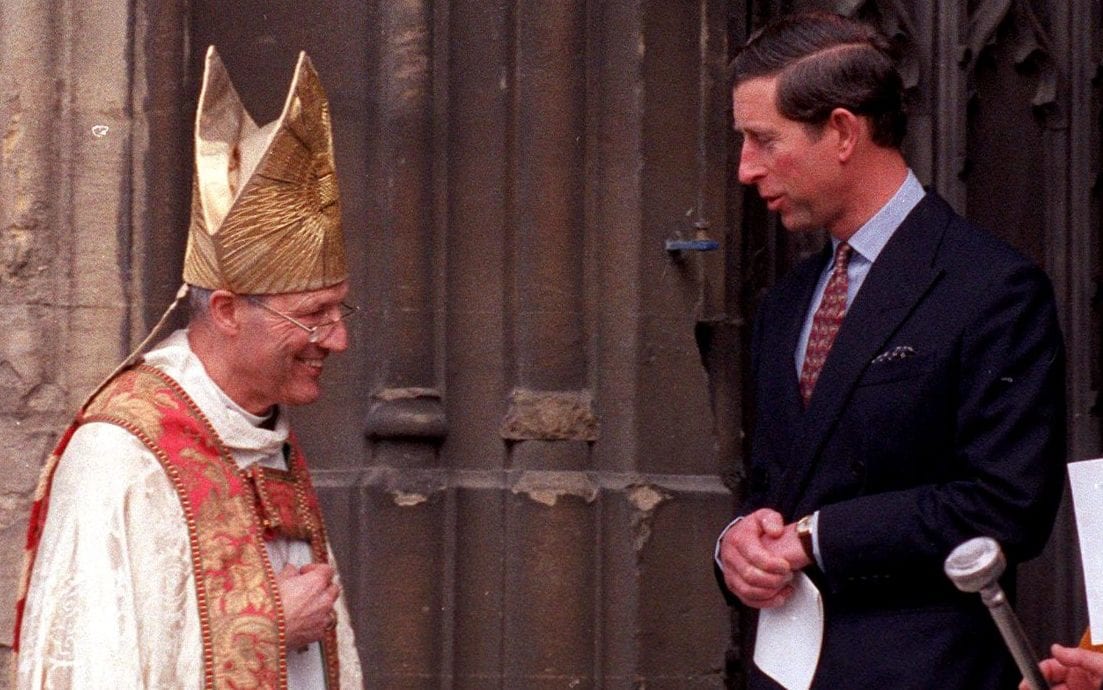 A CHILD Abuse inquiry in England has revealed that future King Charles sympathised a paedophile bishop and said that complaints against him were “monstrous wrongs.”

Extracts from letters published by the inquiry show that Charles put a vile perverted Bishop called Peter Ball and his brother Michael in touch with staff on the Duchy of Cornwall estate, who arranged a house for them after Ball lost his job as Bishop of Gloucester after he abused a boy. The Bishop resigned in 1993.

The Prince of Wales, who is next in line to the British throne said he expresses “deep personal regret” and adds that he was “misled” by Ball.

The Telegraph reported that extracts from the letters also show that in 1995, two years after Ball had been cautioned, the Prince wrote to him to say he felt “desperately strongly about the monstrous wrongs that have been done to you”.

He went on to criticise then-Archbishop of Canterbury Lord Carey, for being “frightened of the press” and failing to restore Ball’s permission to hold services in the Church of England, describing the public perception as “based entirely on lies, invention, speculation and invention.”

In another letter sent the following year, he said he was “glad” that a member of staff from the Duchy had been in touch “as I requested”.

“I pray the Duchy will be able to find something suitable for you both in due course”, he said, adding: “I long to see you both settled somewhere that suits you and gives you peace and tranquility – and not too far from here so you can come over more easily.”

In a third letter, sent in 1997, the prince said he thought the Balls’ new house was “rather nice”, before referring to a “frightful, terrifying man”, who was “on the loose again and doing his worst”.

He said a vicar he had visited had told him that “this ghastly man was up to his dastardly tricks again”.

In his statement, the Prince of Wales said he could not remember who he was referring to, but said he had been aware that Ball “felt that individuals including critics in the media were doing all in their power to disadvantage him unfairly”.

He said that at the time he wrote the letter he had believed that Ball had been “falsely accused of a single offence – the nature of which was unknown to me – by an individual whom the relevant judicial authorities had themselves not believed”.

Mr Todd alleged that Ball had kissed and caressed him while naked on two separate occasions.

Ball received a caution for gross indecency the following March, a measure which should involve an admission of guilt, though on Thursday the inquiry heard that there was no record that this had ever been formally done.

In his witness statement the Prince said he was “not aware until recently that a caution in fact carries an acceptance of guilt”.

He added that he “occasionally sent the brothers small gifts of money as I do for many people in need and Peter Ball’s interest in becoming a tenant of a Duchy of Cornwall property then arose”.

The Prince said he had “mentioned the situation of the Ball brothers to the Duchy”, which arranged a house for them to rent.

Ball was convicted in 2015 of misconduct in public office after admitting abusing 18 young men.

“I ceased contact with Mr Ball once the judicial process had concluded and he was found guilty of serious offences against young people.

“My heart goes out to the victims of abuse and I applaud their courage as they rebuild their lives and so often offer invaluable support to others who have suffered,” the Prince said.

Article courtesy of The Telegraph