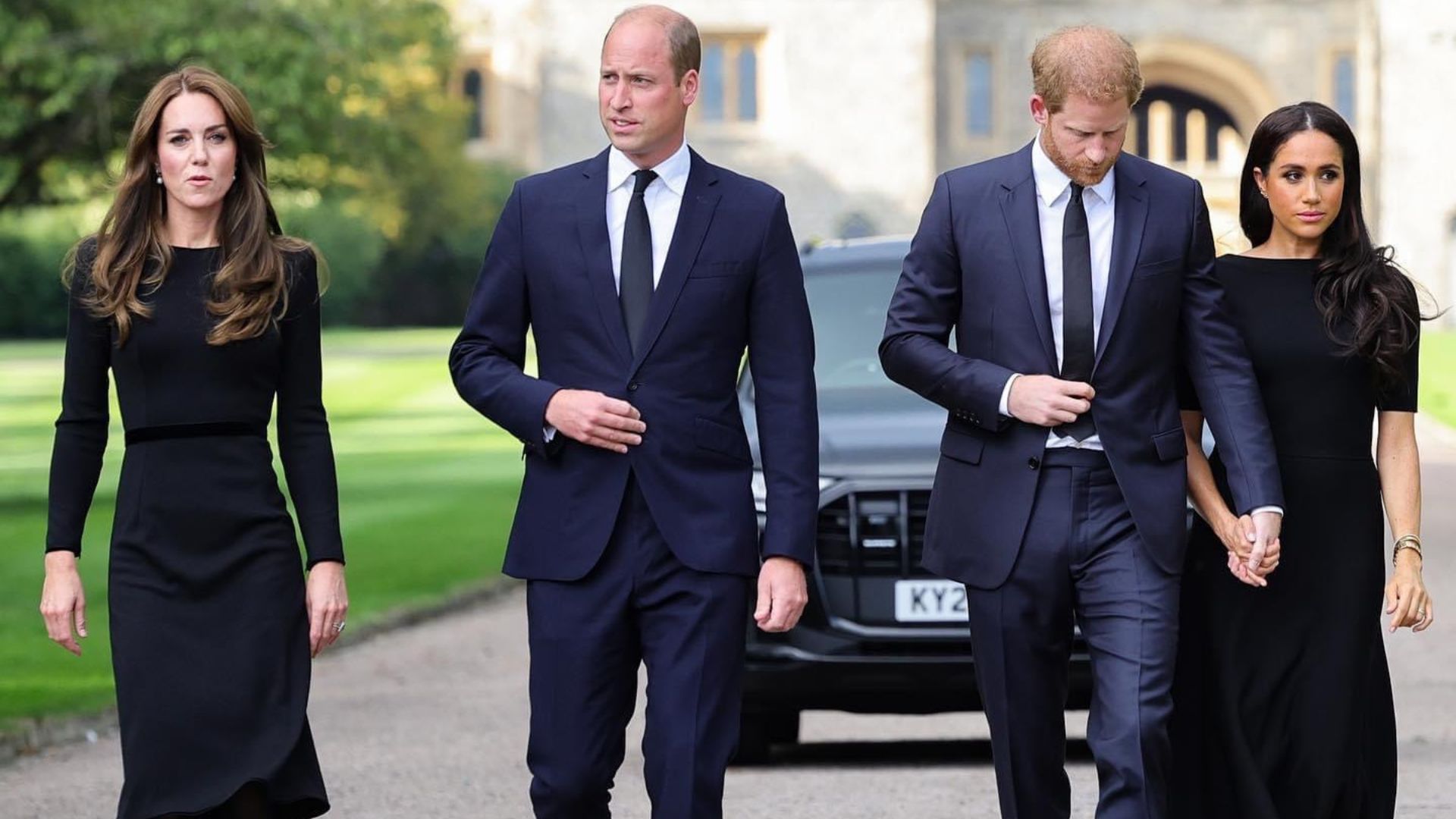 GRIEVING brothers, the Prince of Wales and Duke of Sussex were consoled by well-wishers when they put on a united front during a mammoth walkabout, on the day their father was proclaimed King.

William and Harry have a well-documented troubled relationship but the death of their grandmother saw the rivals shelve their differences when, with their wives, they viewed floral tributes left to the late Queen at Windsor Castle.

A royal source said: “The Prince of Wales thought it was an important show of unity at an incredibly difficult time for the family.”

Hours earlier King Charles III was confirmed as the nation’s new monarch during an ancient ceremony at St James’s Palace where he praised his mother’s 70-year reign as “unequalled in its duration, its dedication and its devotion”.

During a poignant and sombre meeting of the Accession Council, the King spoke movingly about the late Queen and the grief his family is experiencing, but said the “sympathy expressed by so many to my sister and brothers” had been the “greatest consolation”.

Watched by the Queen Consort, William and more than 200 privy counsellors, including six former prime ministers, the King pledged himself to the task now before him and the “heavy responsibilities of Sovereignty”.

His mother would be his guide for the years ahead as he strived to “follow the inspiring example I have been set in upholding constitutional government”, he added.

In Scotland the Queen’s other children, Princess Royal, Duke of York and Earl of Wessex, and their families were also united in their grief when viewing floral tributes at the gates of Balmoral Castle which moved Princess Eugenie to tears.

During the day William issued a heartfelt written tribute to the Queen, saying: “She was by my side at my happiest moments.

“And she was by my side during the saddest days of my life.

“I knew this day would come, but it will be some time before the reality of life without Grannie will truly feel real.”

It has been two years since William, Kate, Harry and Meghan were together in public, during the 2020 Commonwealth Day church, service and they appeared at ease driving off together with William at the wheel of a Range Rover after their walkabout lasted just over 40 minutes.

The future king extended the olive branch to his brother, asking him and his wife to join them for a tour of the floral tributes.

They also walked part of Windsor’s famous Royal Mile, shaking outstretched hands, sharing jokes, receiving flowers for the late Queen and one teenage girl was embraced by Meghan when she asked for a hug.

A royal source said “The Prince of Wales invited the Duke and Duchess to join him and the Princes of Wales earlier.”

Charles began his momentous day by discharging the “sorrowful duty” of announcing the death of his “beloved mother”, and told the Accession Council: “I know how deeply you, the entire nation, and I think I may say the whole world, sympathise with me in the irreparable loss we have all suffered.

“It is the greatest consolation to me to know of the sympathy expressed by so many to my sister and brothers and that such overwhelming affection and support should be extended to our whole family in our loss.”

Charles spoke of the late Queen’s “selfless service”, adding: “My mother’s reign was unequalled in its duration, its dedication and its devotion.

“Even as we grieve, we give thanks for this most faithful life.”

He went on to say: “I am deeply aware of this great inheritance and of the duties and heavy responsibilities of Sovereignty which have now passed to me.

“In taking up these responsibilities, I shall strive to follow the inspiring example I have been set in upholding constitutional Government and to seek the peace, harmony and prosperity of the peoples of these islands and of the Commonwealth Realms and Territories throughout the world.”

The King ended by saying: “And in carrying out the heavy task that has been laid upon me, and to which I now dedicate what remains to me of my life, I pray for the guidance and help of Almighty God.”

The historic event was broadcast for the first time, giving the world a first glimpse of an ancient ceremony dating back centuries and one of the first changes to convention instigated by the new King.

Following convention, Charles did not attend the first part of the ceremony when the clerk of the council Richard Tilbrook read the proclamation to the packed meeting that confirmed the new monarch.

He said: “…Prince Charles Philip Arthur George, is now, by the death of our late Sovereign of happy memory, become our only lawful and rightful liege lord, Charles III…”

The meeting was staged in the state rooms of St James’s Palace, and the clerk declared to the room: “God Save the King,” with the privy counsellors repeating the famous phrase.

The new monarch became King the moment his mother died, but an Accession Council must be convened following the death of a Sovereign, usually within 24 hours.

More than 200 privy councillors, a group of mostly senior politicians past and present, some members of the monarchy and other national figures, were present to hear the Clerk of the Council read the Accession Proclamation.

Among them were ex-prime ministers Sir John Major, Sir Tony Blair, Gordon Brown, David Cameron, Theresa May and Boris Johnson, Cabinet members, former archbishops of Canterbury and York with everyone standing, a convention believed to have been established by Queen Victoria to keep such meetings short.

The current premier Liz Truss was part of the proceedings and stood at the head of the council with Camilla, William, Archbishop of Canterbury Justin Welby and other figures as the clerk read the proclamation.

Charles’s address was made in the second part of the ceremony, when proceedings moved to the palace’s throne room, and was effectively the King hosting his first Privy Council meeting.

After his personal declaration about the death of his mother the King took the oath to preserve the Church of Scotland, because in Scotland there is a division of powers between the church and state.

A number of procedural matters were completed including the King approving the day of the late Queen’s funeral, which has yet to be confirmed, to be a bank holiday.

The new monarch became King the moment his mother died, but an Accession Council must be convened following the death of a Sovereign, usually within 24 hours.

There was a moment of pomp and pageantry with David White, Garter King of Arm, in his colourful regalia and flanked by other Officers of Arms and Sergeants at Arms, reading the proclamation of the new King from a balcony at St James’s Palace.

Charles and wife Camilla ended their day by carrying out a walkabout in The Mall in London, where they met more well-wishers. 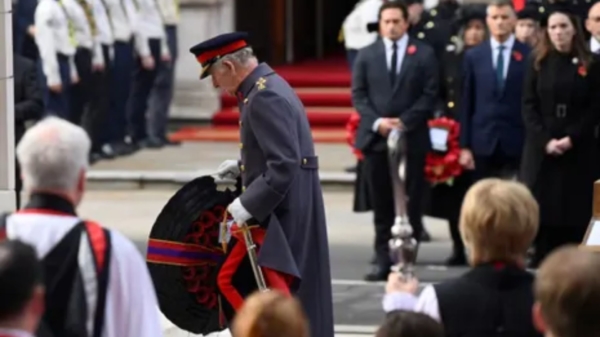