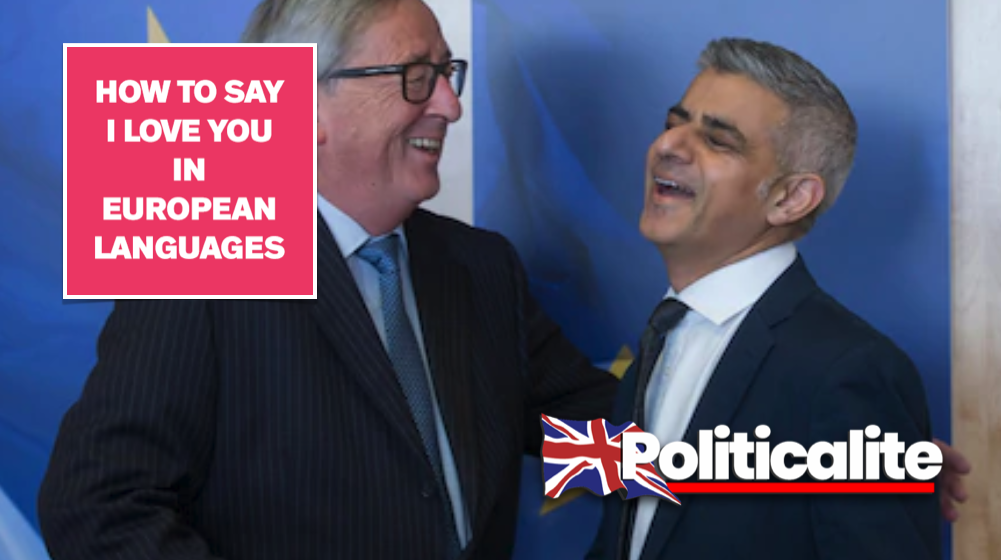 The email reads: “I’m asking you to help me get this message to all European Londoners on Valentine’s Day”

“Whatever language you speak, you’ll always be a Londoner. You are respected and adored. You are our colleagues, our neighbours, our friends and our family. You have fallen in love with our city, and we love you.” 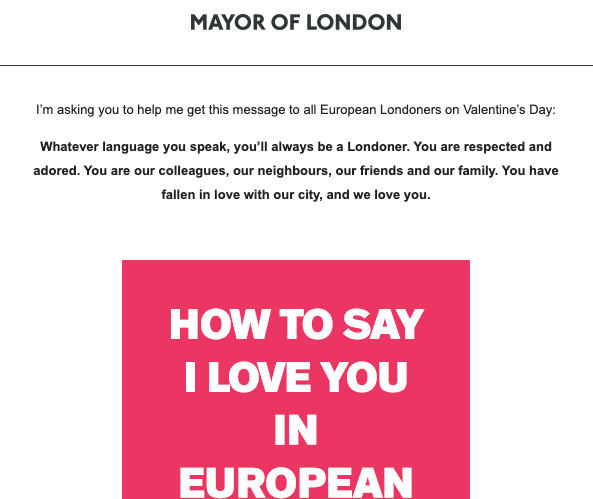 In January Mr Kahn refused to take down the EU flag outside London’s City Hall as Britain left the EU.
During a Questions session at the London Assembly the Mayor was urged by Brexiteer Peter Whittle, to take down the flag for Brexit day.

Whittle said: “I’m very pleased to hear about your efforts to reduce waste and rubbish in London.”

“Can you add to it, please, that EU flag which is still flying outside.”

“You have two weeks to do it.”

“Get it down and put it in the dustbin!”

SAD*CK Kahn is at it again.

It’s no surprise the Britain hating Mayor is showing love for foreigners rather than Londoners, he’s a British embarrassment and an EU Sellout, let’s hope London breaks his soft little southern heart and denies him a second term, Britain will sure love that.