POLITICALITE is LIVE and Uncensored in Barcelona as protesters take to the streets to demand the release of a rapper who was arrested over offensive tweets.

Pablo Hasel was arrested on Tuesday morning at the rectorate of the University of Lleida. Hasel, alongside a group of supporters, had barricaded themselves inside the building in protest of his sentence.

According to a court ruling, Pablo Hasel faces a nine-month jail term for publishing ‘tweets with videos that incited violence,’ as well as messages that the magistrates consider to have ‘exalted terrorism and humiliated the Crown and other state institutions, such as the Armed Forces and the police forces.’ 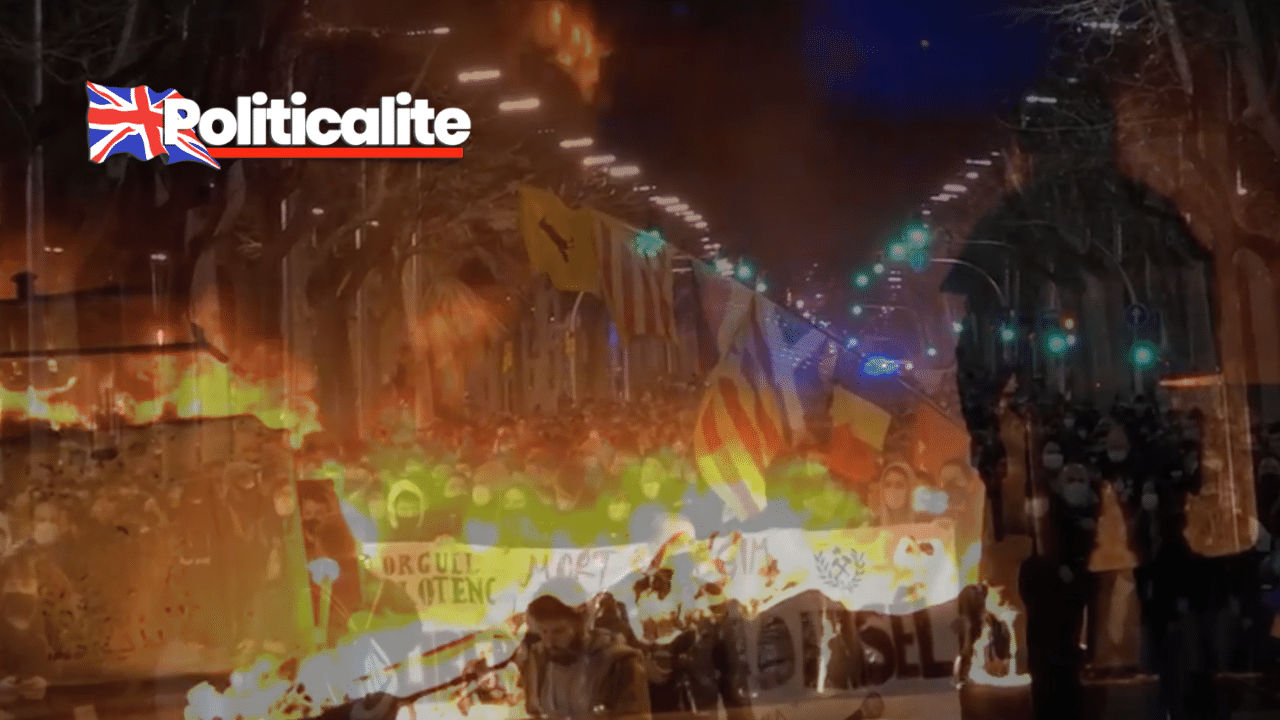 THE ARREST of a Spanish rapper who posted offensive tweets about the Spanish Royal Family ended in riots in Barcelona on Tuesday night.

Footage obtained by Politicalite shows protesters marching with placards and banners before some demonstrators set fire to containers angry over the arrest of rapper Pablo Hasel who was nicked for offensive tweets. A group of protesters can also be seen attacking a bank. Protests also took place in other Catalan cities such as Girona, Vic, and Lleida, where clashes between police officers and demonstrators have been reported.