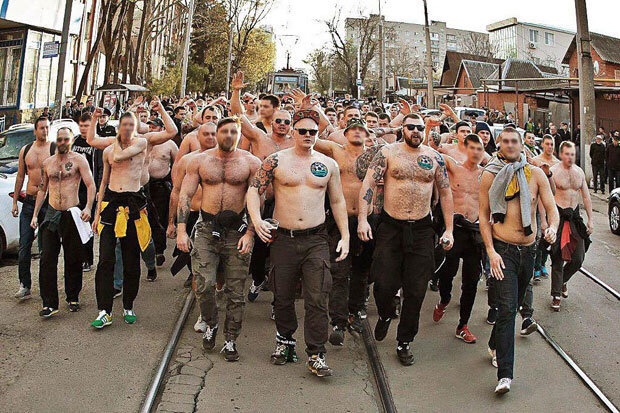 CSKA Moscow’s Konstantin claims they will focus on tougher targets after they attacked England fans in Marseille during Euro 2016.

Konstantin, a member of one of CSKA’s most prominent gangs, said: “It’s like being a mountain climber. “Once you’ve reached the summit, you don’t do it again.

“So they don’t have to be afraid to come to Russia, nothing is going to happen.”

England and Russia supporters fought running battles in the south of France two years ago.

The vicious scenes left two Three Lions supporters in comas after they were attacked with metal bars and chains.

Konstantin said he had always wanted to take on England fans who had been world-renowned hooligans in the 1980s and 1990s.