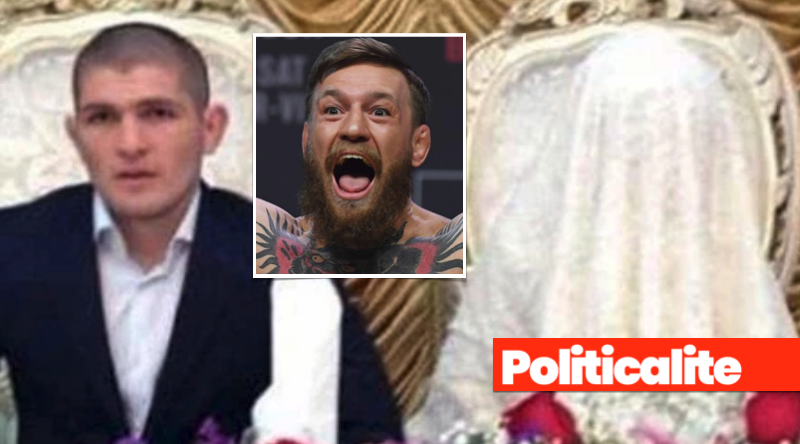 MADDOG UFC Champion Conor McGregor has called the Islamic wife of Khabib a ‘Towel’ on Twitter, leading to accusations of racism.

McGregor, 30 was accused of being a ‘racist’ and received DEATH THREATS from Angry Muslims for mocking the traditional Islamic wedding dress.

Nurmagomedov, 30, has a son and a daughter with his wife, whose name is unknown. 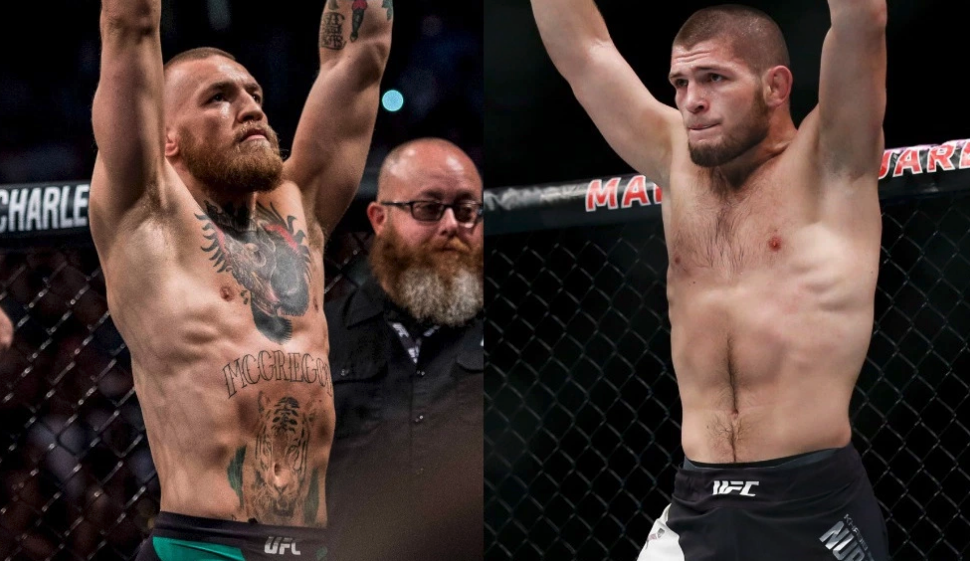 The Russian is a practising Muslim and has previously called out McGregor for offensive comments he made in the build-up to their grudge match and blamed the UFC 229 post-fight brawl on his rival’s trash talk.

The UFC fighter tweeted a picture of Nurmagomedov on his wedding day were the fighter’s wife has a veil covering her face. 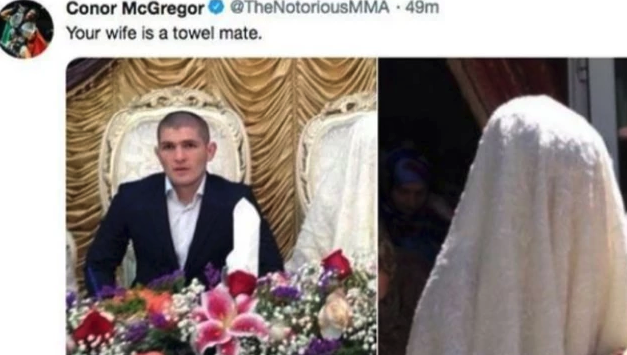 McGregor said she looked like a TOWEL, shocking some fans.

Khabib hit back at McGregor and said ‘Justice Will Find You’ and branded McGregor a RAPIST. 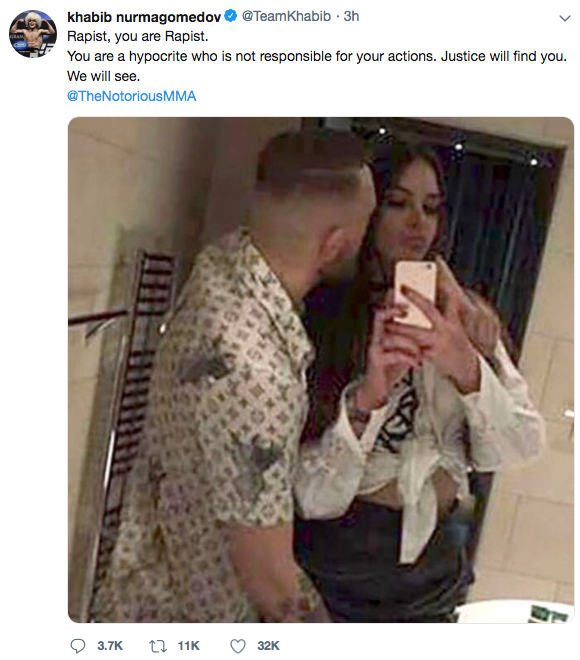 The Russian hit back and said: “Rapist, you are Rapist. You are a hypocrite who is not responsible for your actions. Justice will find you. We will see.”

TAKING THE FIZZ: The FA BANS Champagne Celebrations ‘Not To Offend Muslims’