QUEEN FUNERAL: How to watch and everything we know so far
Advertisement 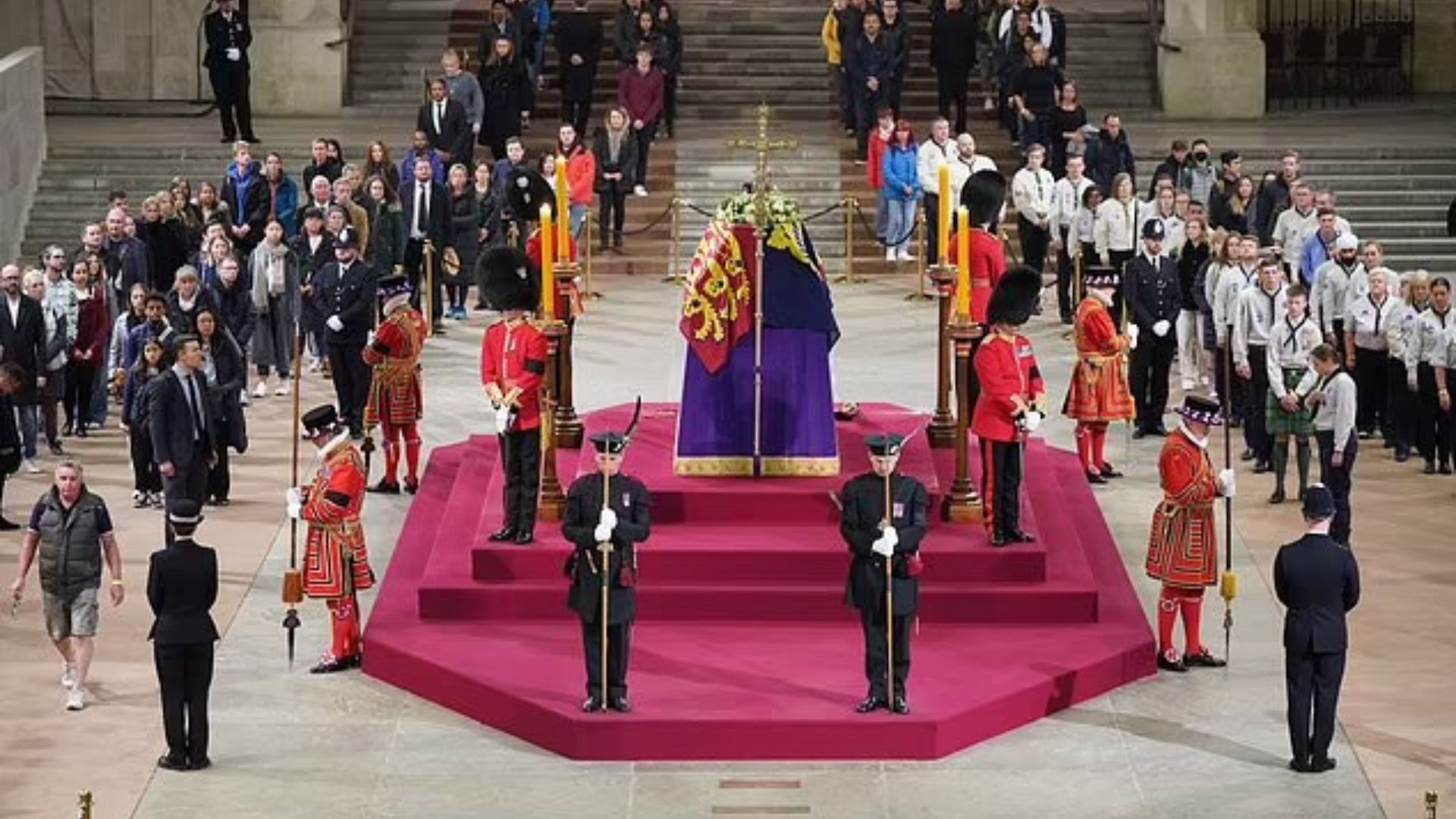 ALL EYES are on London for the Queen’s state funeral.

VIPs, dignitaries and mourners will gather in the capital to say a final farewell to the late monarch, who died at Balmoral in Scotland on September 8 aged 96.

At 10.44am, the Queen’s coffin will be taken to Westminster Abbey by gun carriage.

The funeral service will begin at 11am and last for about an hour.

A procession will then set off at 12.15pm to Wellington Arch at Hyde Park Corner, arriving at 1pm.

The state hearse and royal family will then travel to Windsor, where a committal service will take place at 4pm in St George’s Chapel at Windsor Castle.

A private burial service will take place at 7.30pm.

Mourners who queued for hours through the night without wristbands have vented their frustrations at police after being turned away from the Queen’s lying-in-state.

Dozens of mourners were prevented in the early hours of Monday from advancing any closer to Westminster Hall by police at the entrance to Victoria Tower Gardens next to Lambeth Bridge.

Albert, who joined the queue without a wristband at 10pm last night, was one of those not allowed into Westminster.

Queue to Queen’s lying in state closes to public after four long days.

He said the Government’s official live feed was not kept up-to-date with information that no more wristbands would be given out.

“The communication has been terrible,” said Albert after queuing in central London for over six hours.

He added: “There were loads of people who joined the official queue based on the website, but never received wristbands.”

“And in the queue they didn’t give us any information – just to be disrespectful to us when we got here (Lambeth Bridge) in the end.“

Hundreds of people are still streaming out of Westminster Hall after seeing the Queen lying in state.

They are among the final people to see the Queen’s coffin, with the lying in state expected to finish at 6.30am.

They have been waiting for hours, with the queue closing after 10.30pm on Sunday.

How to watch on television

The BBC’s special programming will air from 8am until 5pm on BBC One and iPlayer, with BSL signed coverage on BBC Two.

ITV’s programming will start at 9.30am, and all the day’s programming – from 6am to midnight – will be broadcast simultaneously on the main channel and five digital channels and the ITV Hub, the first time the broadcaster has done so.

The Queen’s funeral service will be conducted by the Dean of Westminster, with the sermon given by the Archbishop of Canterbury.

The Prime Minister and the Secretary General of the Commonwealth will read lessons, while the Archbishop of York, the Cardinal Archbishop of Westminster, the Moderator of the General Assembly of the Church of Scotland and the Free Churches Moderator will say prayers.

Towards the end of the service, the Last Post will sound, followed by two minutes of silence to be observed in the abbey and around the UK.